Cycling Ireland's Women in Sport campaign, "IT'S NOT A RACE" celebrates the many female cyclists who make up the broad spectrum of women who participate actively in cycling across its many forms. As importantly, it celebrates the many reasons why women cycle. And yes, you’ve guessed it, it’s not always a race.

The campaign manifesto below tells the story of the why, how and where of the women who appear in our campaign - from the advocates who are promoting cycling in their communities, to National Champions Lara Gillespie and Orla Walsh, to Katie Turner, Lucy McClintock and Summer Glynn who are taking the cycling community by storm at a young age.

Those who share our belief that welcoming more women and girls into the cycling community will be a positive development for all are encouraged to back the campaign on social media using the hashtag #itsnotarace. 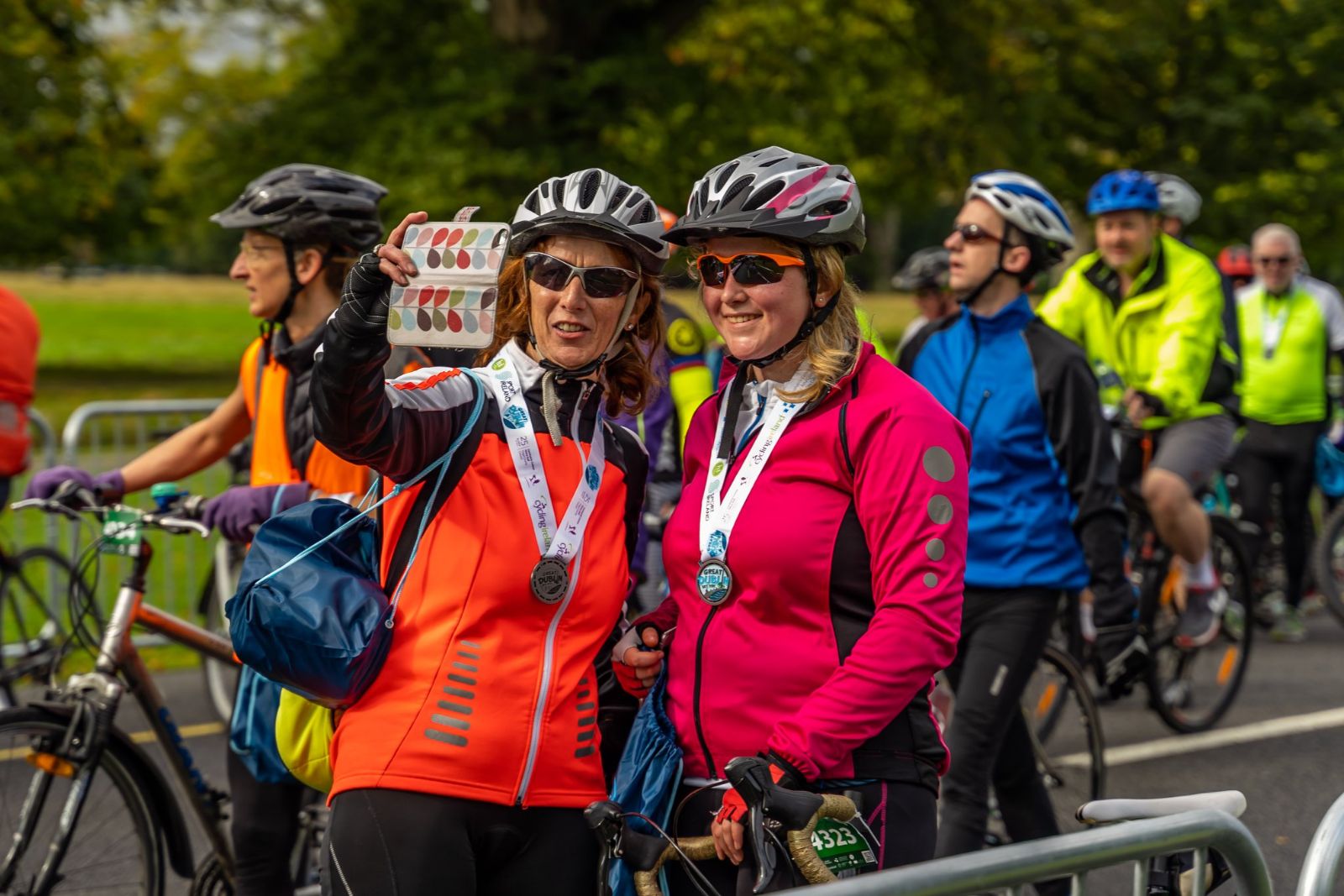 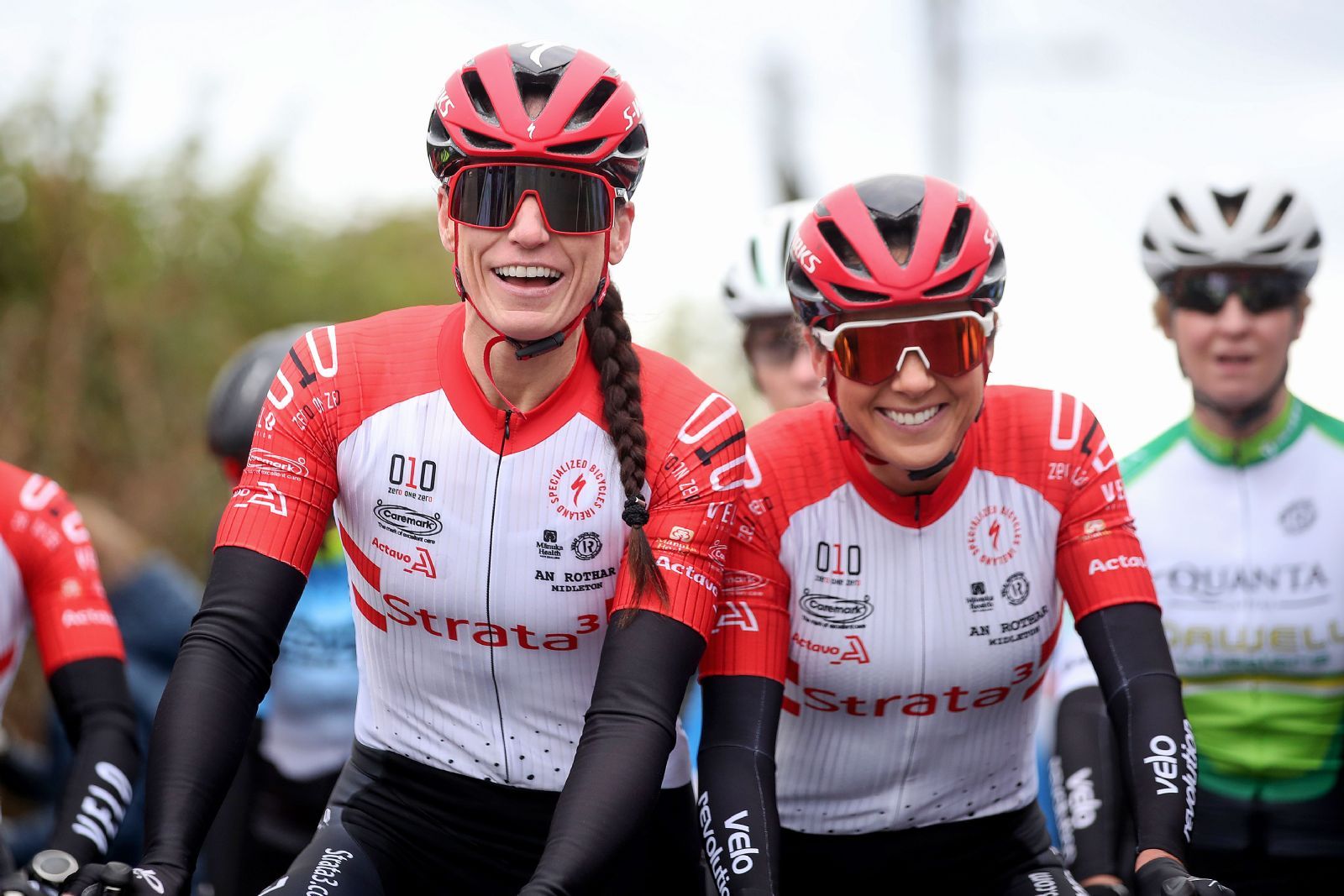 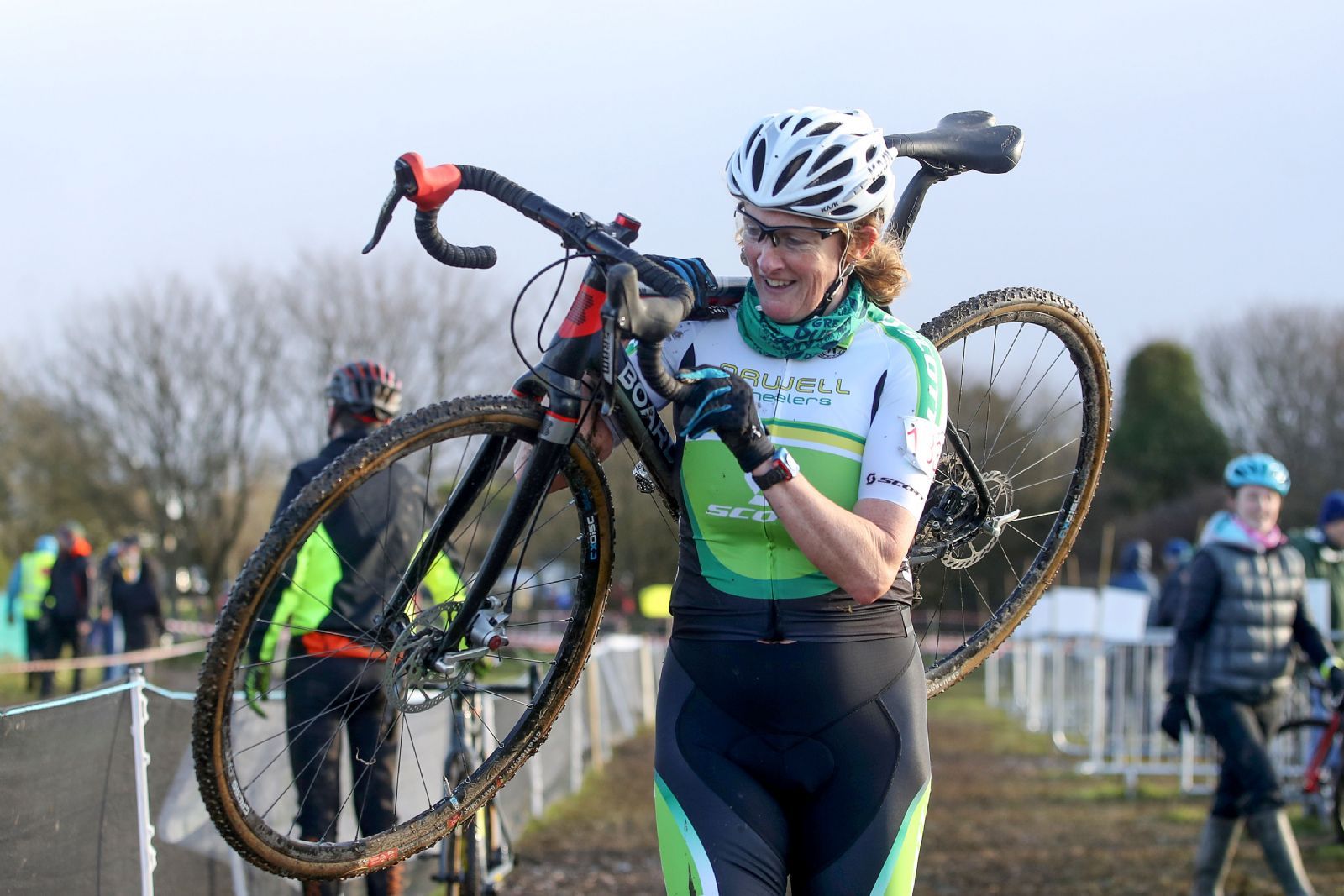 Women on Wheels is essentially the Bike for Life programme aimed at beginner women where cyclists are brought through the various skills and techniques involved in cycling. The focus of the programme is on learning, meeting new people with the group cycle a prominent feature. The programme usually lasts between 4 and 10 weeks in length, this can be flexible depending on the group and availability of the ride leader, with a celebratory spin for the group to finish. Depending on group ability this could be anything between 20k – 50/60k.

The Women’s Coaching Pathway is an exciting initiative for coaches and aspiring coaches. The programme gives participants the opportunity to improve their knowledge, expand their network and develop leadership and coaching skills in a supported, collaborative environment alongside coaches from Athletics Ireland, Cycling Ireland, Irish Athletic Boxing Association (IABA), Rowing Ireland and Triathlon Ireland.

In November 2021, the first of its kind coaching certificate will launch with coaches across Cycling Ireland, Athletics Ireland, Swim Ireland and Triathlon Ireland in partnership with The Well-HQ.

The aim of the “Training Midlife Women Coaching Certificate” is to provide coaches with the knowledge, expertise and support they need to train midlife women properly, ensuring longevity in our sports. This programme is about females, not for females so we encourage both male and female candidates to apply! Find out more here.

This course, organised by Swim Ireland, is designed to support the development of female leaders within National Governing Bodies. Sports consultants Lisa Clancy and Sarah O’Shea have been delivering these courses and so far, two Cycling Ireland representatives have attended this course.

The club toolkit has been designed to help clubs engage and retain more females across the four pillars; Active Participation, Coaching and Officiating, Leadership and Governance and Visibility. A Zoom workshop has been designed to support and compliment the toolkit. If you’re interested in attending the next workshop please email elaine.cahill@cyclingireland.ie 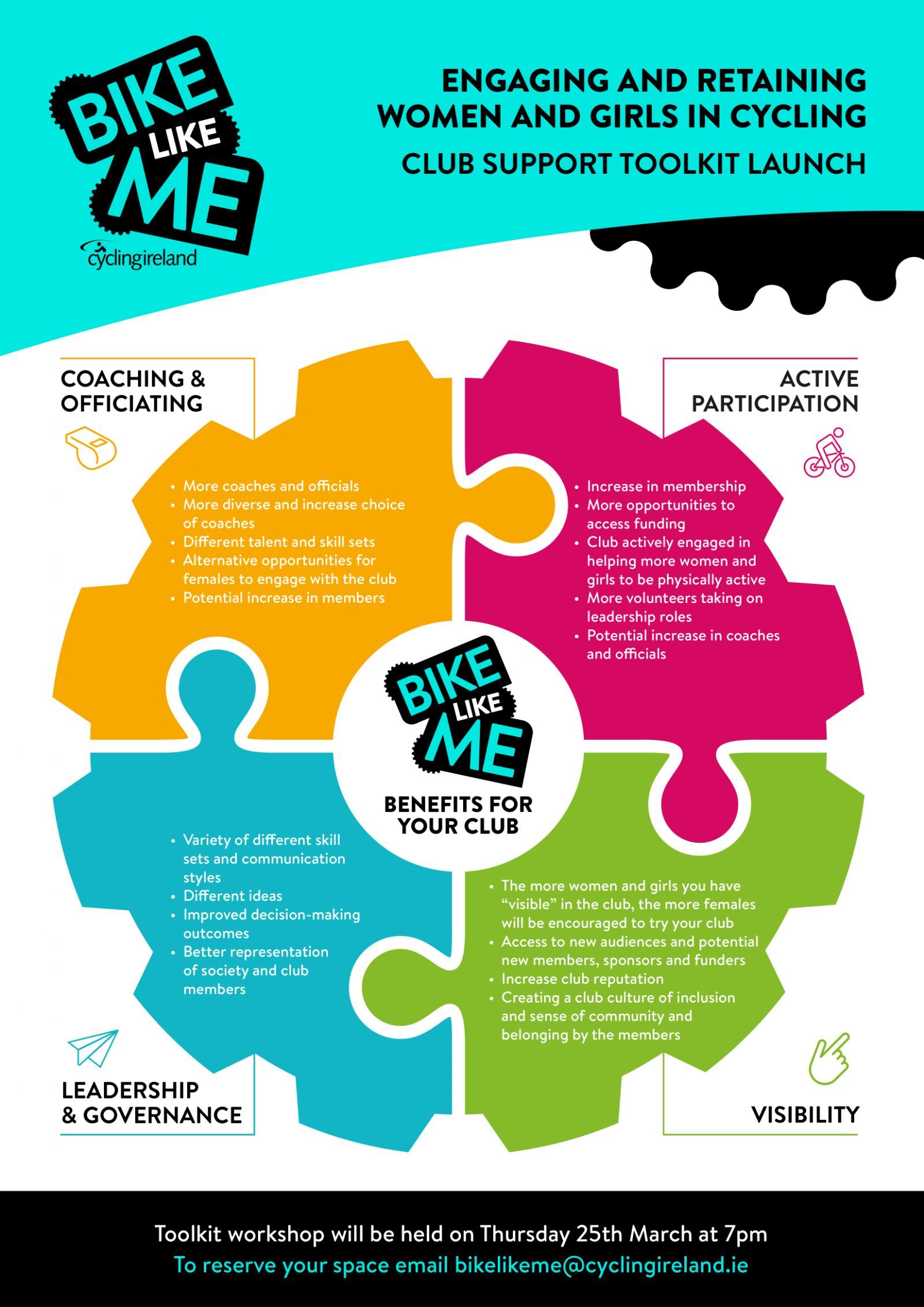 Benefits for your club

Benefits of engaging more women and girls in your club

Each year, Cycling Ireland selects a number of women and girls to become Advocates for Women's Cycling who promote cycling in their local club and community and inspire others by sharing their own inspiring story along the way.

Check out their stories below.

Cycling Ireland Women’s Commission is a voluntary group who's aim is to develop women’s cycling across the island of Ireland.
Learn More

If you would like more information about Women in Sport, please email: