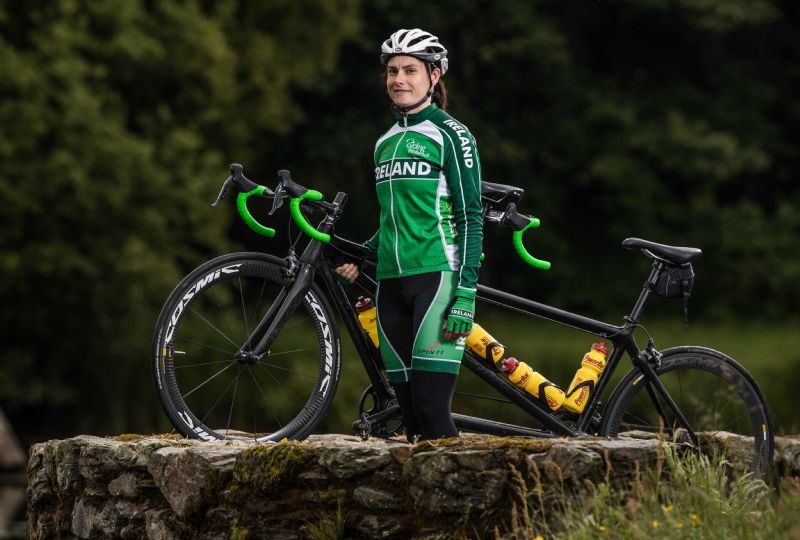 Nearly two years on from her proudest moment as a cyclist at the 2016 Paralympics, Katie-George Dunlevy is back in Rio de Janeiro for this month’s Para-cycling Track World Championships. The tandem racer said winning the B time trial gold and road race silver feels like a “distant memory” sometimes now, but looking back on that occasion still brings her joy. 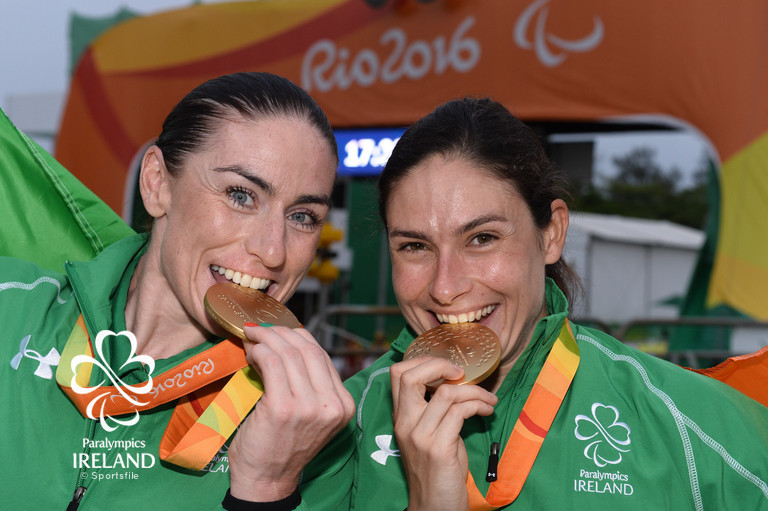 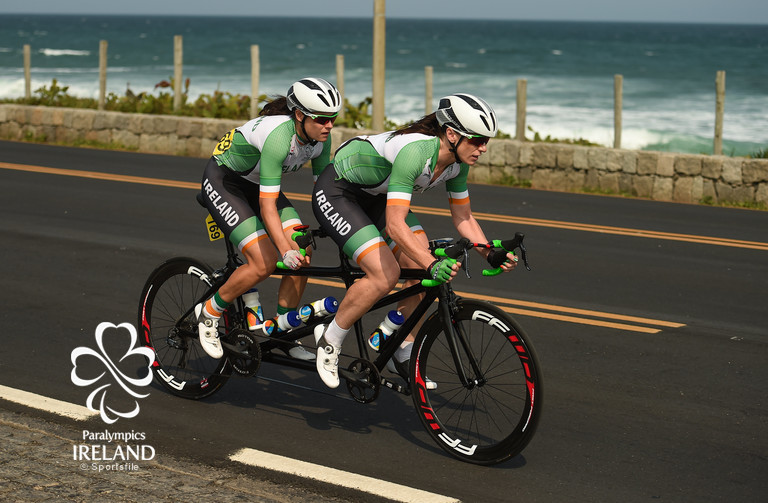 “In some ways it feels like it didn’t happen, but then I look at the pictures and I do have those (proud) feelings quite clearly in my head. I feel proud because I know what we did to get those medals, and only Eve (McCrystal) and I will know that. Whatever happens now we’ll have those medals for the rest of our lives,” she reflected. 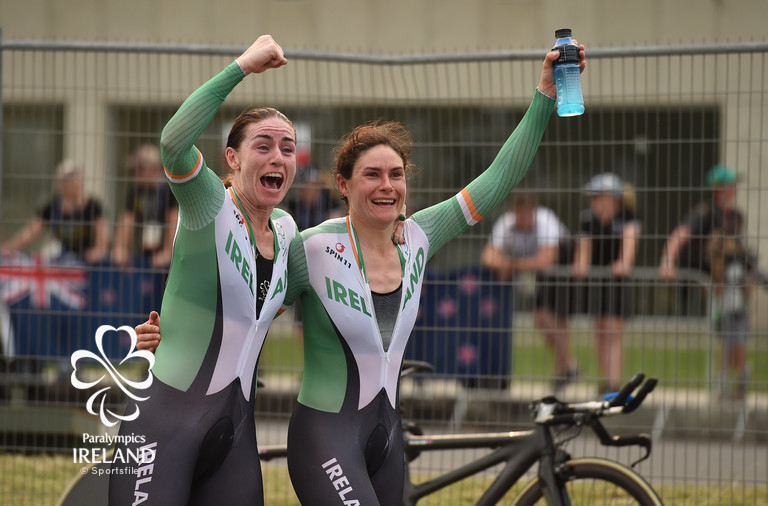 Katie-George alongside her pilot Eve McCrystal added two World road titles to their collection in 2017, but the path to those medals was far from easy. The 36-year-old had her life changed irrevocably at the age of just 11, when she was diagnosed with the rare degenerative eye condition Retinitis Pigmentosa which has led to her losing her sight. 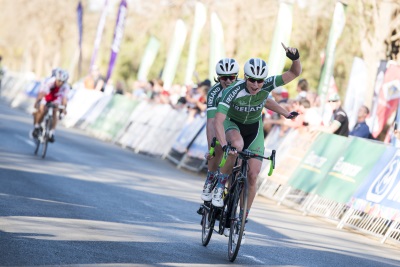 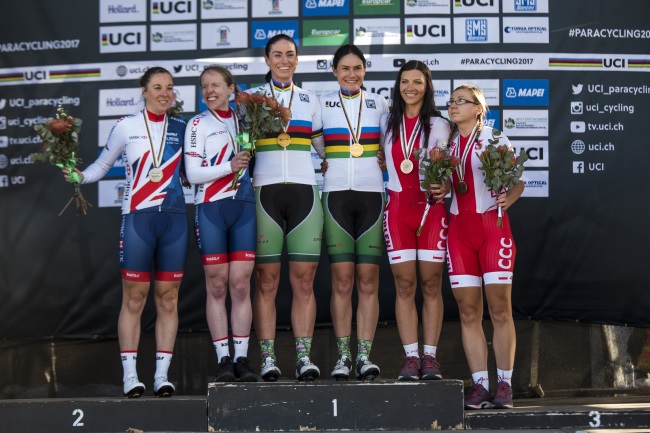 The early years as a child after finding out her diagnosis were especially tough.

“I was very low on confidence and self-esteem” she said, “I didn’t like being different at school, and I was given help but refused it. I refused help, and I kind of refused to accept that I couldn’t see and that I had this eye condition. I remember mum said I screamed in the car on the way to school and on the way back that I actually could see. I cried out; ‘I can see. I can see I can see’”. 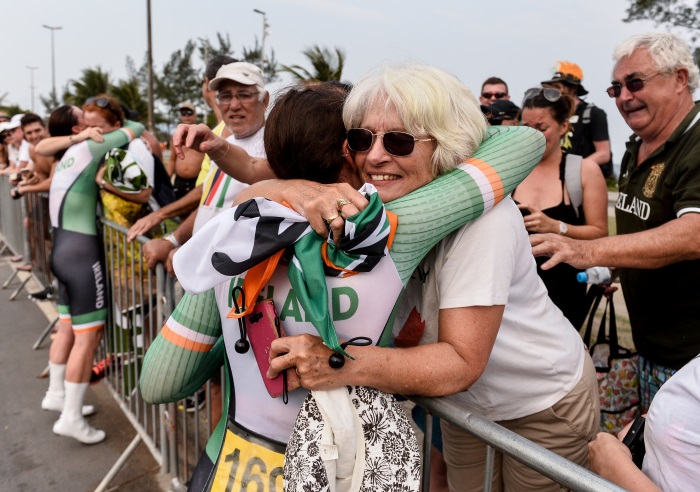 Better times though were just around the corner after Katie-George’s parents sent her to a special school, it was here that she became immersed in sport “there was nothing that I couldn’t do, because the school I went to did many sports partially sighted blind people can do”.

“For me, it was just massive really in terms of my confidence and building me up that way. I was doing something that I loved to do and I really enjoyed. I got a lot of fulfilment out of it, so for me it's massive what it has done for me as an individual. I think you get so many key skills out of it, like social skills,” she explained.

Her first serious sport was rowing, and she initially hoped to go the London 2012 Paralympics with the Irish squad after missing out on Beijing in 2008. However, after missing out on the 2011 World Rowing Championships, she was approached by Cycling Ireland Technical Director Brian Nugent.

The double World Champion concedes that she knew very little about tandem when she was first asked to race.

“I just thought it wasn’t really a proper sport, and then I realised that it was. You know they say one door closes and another one opens, and I thought I’d give it a go. From that, they said; ‘we want you to go to the World Championships’ which were in six weeks’ time in September 2011, and I said; ‘you haven’t seen me on a bike yet’. I remember saying to Brian he didn’t see me actually on a moving bike and he said; ‘from what I’ve seen and what I’ve read you’ll be great’,” remembered Katie-George. 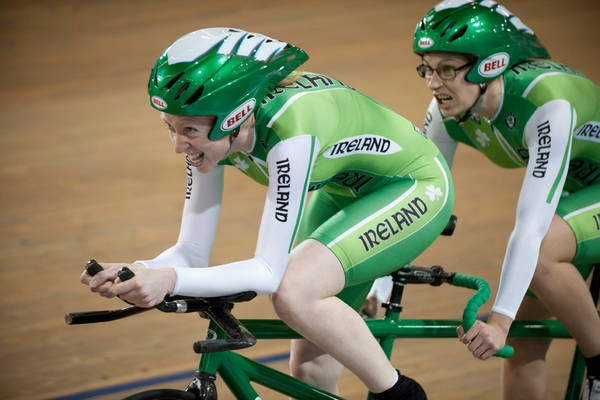 The Crawley native believes it was the right time for her to leave rowing, and cycling won her over almost immediately “I needed something new. I needed a new drive and something to go for as I still had more to give… I just loved the feel of it. I loved the freedom on the bike and the feel of speed. I fell in love with it straight away”.

Her tandem career really kicked on when her coach Neill Delahaye found her a new pilot in Eve McCrystal. “Tandem is a team sport, so a pilot is crucial for your success, because you can’t do it all on your own,” she said. Their time together got off to a brilliant start when they took home a silver in the 2014 World Championships road race.

“That was huge. It was a massive boost and achievement for me in cycling, and it really gave us the drive” Dunlevy continued, “I thought I got a chance here with Eve, and we can really go for it, so that’s what we did”. 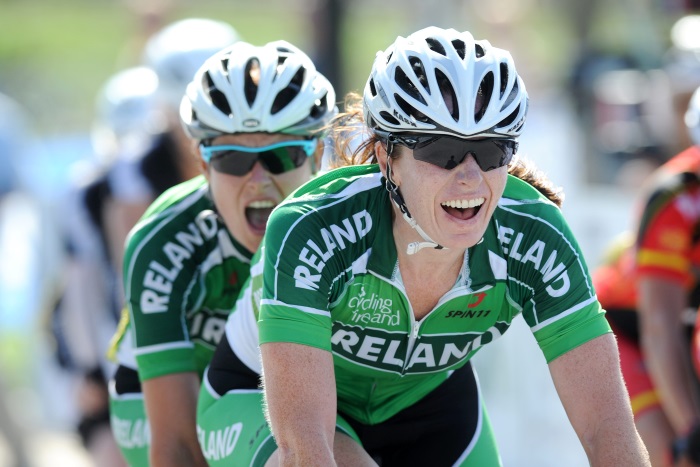 She believes a key to their success is the way they complement each other “we have different personalities, but we’re very similar on the bike where we kind of get on with it and work hard. We always try our best and we have that kind of fight in us you know that competitiveness… it’s easy really with Eve on the bike”.

Coping with the bad days is also essential in the mind of the cyclist who has roots in Donegal “in cycling, you have more bad rides than good rides but it’s those bad ones that count. When it’s a team sport, one person might be having a good day and the other person might not be. It’s important for you to know that, and to talk and communicate”

Rio was the high point for the pair so far, but Katie-George's recollection of the actual races are hazy “I think the memories that stay in my mind are when we found out we won gold. The actual race itself is a bit of a blur”. 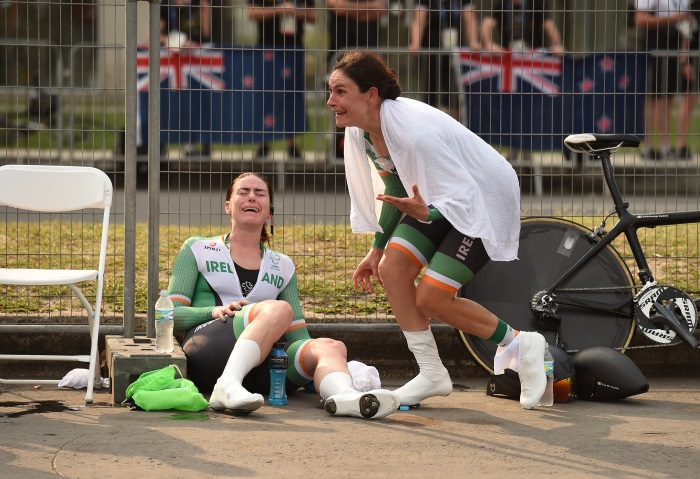 After the games, it naturally took Katie a while to readjust back to regular life “as soon as I came back here to England, it was back to normal life which was probably the hardest bit. It was like a high in Rio from getting a gold emotionally for me, and then coming back here it was just back to normal life. It was a rollercoaster of emotions for me during that time”.

Last year the World Championships brought a completely different course in South Africa, but there was still more success for Dunlevy and McCrystal as they did the double in the road race and time trial. This was despite a less than ideal preparation “I was struggling with an injury which was difficult, but I was still able to improve and manage that”. 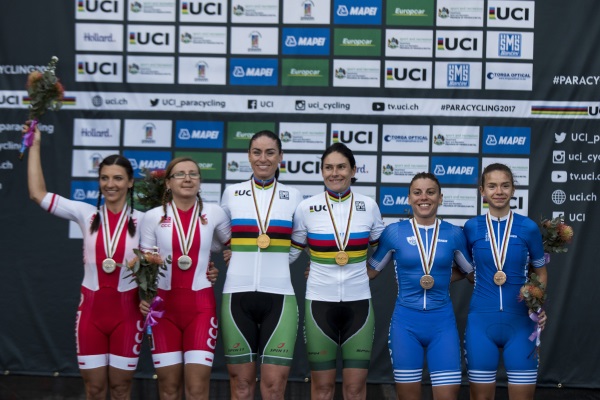 Katie also didn’t mind any added pressure after her Paralympic triumph “I think we thrive on pressure, we deal with it really well. The most pressure is from ourselves, no one else has got that pressure on us,” she explained.

Also in the build up to last year’s World Championships, with Eve not available Katie-George had to ride some races with Katherine Smyth. Changing partners was a challenge “everyone rides differently and it takes time. It does take time with that person to get the best of both of yourselves, and to move on one bike so you not fighting each other, which would happen if you haven’t got that time together”.

The new pair performed well and won a World Cup event, which means this could be a combination we see more of in the coming years “I think that was our fourth time on the bike together, so that showed the potential of actually working together in the future,” said Dunlevy.


The Track World Championships next week takes Dunlevy away from her preferred road racing, which she is open in saying is her favourite discipline “I love the road. I love the endurance element of it. I think I’m better suited to endurance riding. I especially love the road racing, because you just don’t know what’s going to happen. There’s other bikes involved and there’s a lot of tactics going on”.

“(However), I think if I had more time on the track I would feel differently about it, because we got limits to our time on the track… It such a technical sport, it like a completely different sport I think,” continued Dunlevy. 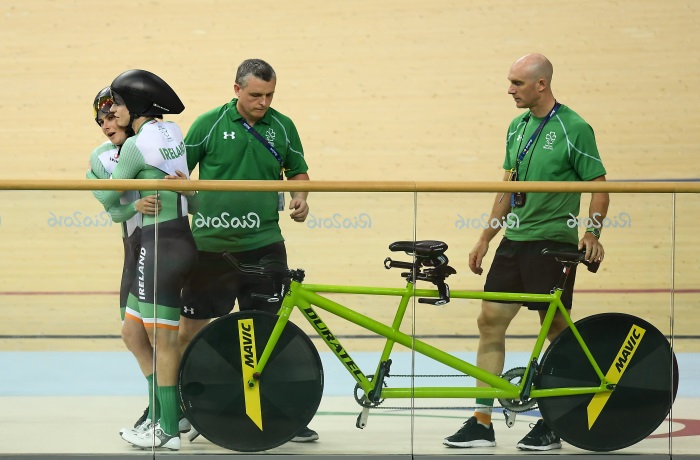 Katie-George explained that they had a target time they want to hit for both the tandem kilo and pursuit. Besides from that, the hope is obviously to place on the podium.

She also has targets for her personal life “I want to move out of my parents and have my own place that would be amazing,” she explained. Working towards forming a career outside of cycling will also take precedent in the next few years.

Tokyo 2020 will come before then though, and one should not rule out Katie-George Dunlevy replicating or even bettering her Rio success.

By Graham Gillespie
View All