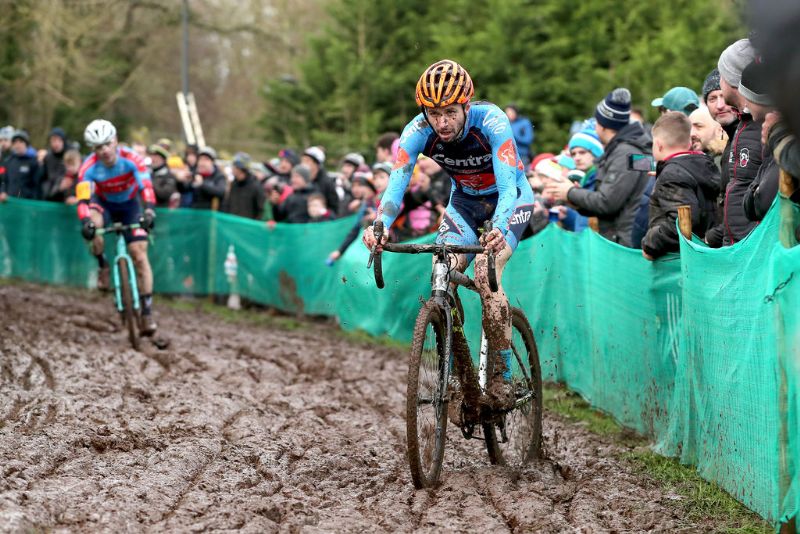 The curtain closes on an exhilarating 2022-23 Cyclo-cross season at the 2023 National Championships at the McCrystals Track on January 14th and 15th.

Cyclo-cross has captured the imagination of Irish cycling fans in recent months in what has been a thrilling season that has saw new stars emerge and the sport’s stalwarts continue to lead the way.

From 19-year-old Dean Harvey’s National Series dominance, Aine Doherty’s meteoric rise, Maria Larkin’s return to action and podiums, to Robin Seymour’s exploits at masters level both at home and on the world stage - Irish cyclo-cross has never been in a better place.

And nothing reflects that more than the arrival of the UCI Cyclo-cross World Cup on Irish soil for the first time as Dublin staged a round of the prestigious event at the Sport Ireland Campus on December 11th.

8,000 fans travelled from all four corners of Ireland, and even some from abroad, to see the world’s best rip it up – with the very best from the Irish cyclo-cross scene giving as good as they got on their home turf.

And after a successful first National Series brought together the best in the country over four rounds in recent months, the season’s finale is bound to serve up some exciting racing.

McCrytals Track and Bellurgan Wheelers host the 2023 National Championships and bring to the table a thrilling course featuring everything from technical and punchy sections to sand and muddy stretches.

Some riders will be confident however after the track hosted the third round of the National Series on December 28th, giving some a chance to get to know the course with the National Championships in mind.

A host of youth races will be run on Saturday, January 14th, from under 6s grade to under 12s in what will be a fun family day out. There will also be under 14s and under 16s Youth National Championships held later in the day.

Chris Dawson will defend his national champion jersey in the senior men’s race, but after a low-key Cyclo-cross season, his focus switches to cross-country after the race.

“My form has been really good, I’ve been quiet on the Cyclo-cross scene this year and have only done a couple of races. That’s because I’ve been focusing on my base fitness for the cross-county mountain bike season this year.”

“Cyclo-cross is a lower priority goal for me, but I’m still keen to go there in the best shape possible and defend my National Champion jersey. I’m really looking forward to it, I’ve been putting in some hard training. I’m really excited to get there and race with the best riders in Ireland.”

“It's been an honour to rep the shamrock for the past two seasons, especially this year with the Word Cup in Dublin. It was really a dream come true for any Irish rider. but especially wearing the national champion's colours. It was like having a World Championships at home, never mind a World Cup. It was Irish corner or every corner. The crowd got behind all of us.”

“Racing the National Series at McCrystals was a great experience as well. I think it's the next step for Irish cyclo-cross and bringing the best riders in the country together more than once a year is brilliant. I love to see cyclo-cross in Ireland going from strength to strength. It will bring up the level for racers and for the races.”

“I was delighted to take a win on what will be the nationals course. I'm doing my best to show off the jersey around the world and I'll go into nationals having given it my all. Whatever the outcome is, it was an honour to have been Ireland's national champion for the past two years. But come January 15th, I'll be fighting with everything I've got to keep the jersey another year.”

The National Championships senior men's and women's races will be live streamed on Cycling Ireland channels as well as Irish Independent Sport, more information can be found here.

You can find everything you need to know about the event, including schedule details and start lists, on our Cyclo-cross National Championships Information Page.