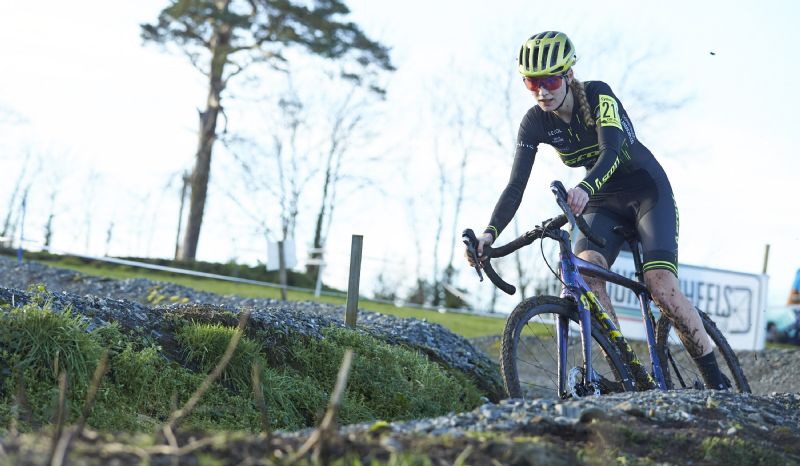 Stephanie Roche in action during Round Four of the Cyclo-cross National Series (Picture: Atom Creates)

A thrilling Cyclo-cross National Series drew to a close this weekend in Portadown which saw Stephanie Roche and Dean Harvey seal the overall win in the inaugural series on Saturday, January 7th.

Velocity Road Club played host to the final round at the CyclocrossNI track. The technical nature of the course coupled with a new sand feature at the top of the hill and the existing course features challenged the best of riders and made for some great racing.

Consistency paid off for Roche as her second place finish in the final round was enough to secure her with the overall win as Áine Doherty won the race.

It was another dominant display by Doherty, who went on to win her third race of the series. Having missed the third round, Doherty finished on 180 points, 18 points off third place where Caoimhe May placed. 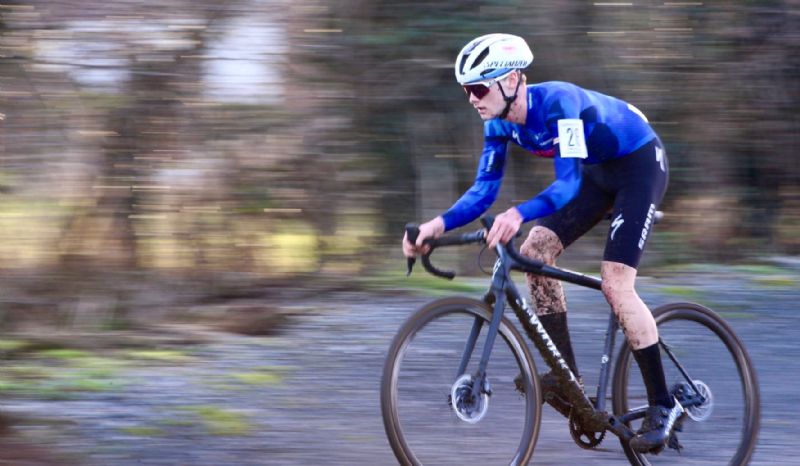 Dean Harvey on his way to winning Round Four of the Cyclo-cross National Series (Picture: Atom Creates)

Unbeaten in the national series, Dean Harvey continued in fine form winning the fourth and final round to win the series in style.

Harvey faced tough competition from Darren Rafferty in the final round, however, Harvey was too strong in the end. In the final lap, Harvey switched into another gear, clearing the bridge feature in the process and hammering home for the win.

Kevin McCambridge came home in third place almost 6 minutes down on the leaders, putting him in second place on 200 points followed by Jamie Meehan on 141 points.

In the junior men’s race, Seth Dunwoody had a great comeback from third place in the final lap to take the win ahead of Joseph Mullen who had a great start and Curtis Neill who lead for most of the race.

Mullen’s second place finish, his third one of the series coupled with his first place finish in round one was enough to see him win the overall series on 225 points.

At masters level, it was an exciting battle between Alan Bingham and Glenn Kinning in the M40 race with Bingham prevailing in the end and securing the series win in the process.

In the youth categories, Curtis McKee won the u16 boys race and secured the overall win while Aliyah Rafferty won the final round in the girls race with Kate Murphy taking the overall series win.

It was an exciting finish to the u14 boys series which saw Caleb McGreevy and Rian McCrystal win two rounds each putting them in joint first. Emer Herverin won the final round of the u14 series while Katie Turner won the overall series.

Attention now turns to the 2023 Cyclo-cross National Championships which takes place at McCrystals Track, Louth on January 14th and 15th. With some of the best cyclo-cross riders in Ireland set to race, it’s an event not to be missed. If you can’t make the journey to McCrystal’s Track you can watch live coverage of the senior men's and women's races on Cycling Ireland’s Youtube and Facebook channels as well as Irish Independent Sport. Check out our Cyclo-cross National Championships preview HERE.

Series table after round 4