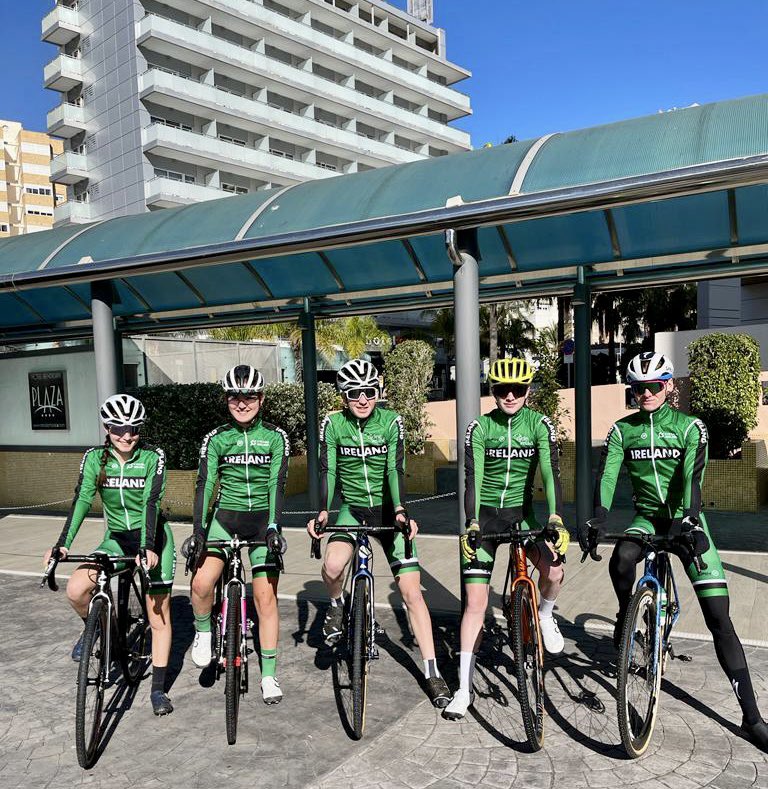 Newly crowned National Champion Dean Harvey, Hannah McClorey, Aine Doherty, Joseph Mullen and Travis Harkness were all in action against some of the best young riders in the world.

The Cycling Ireland Off-Road Commission offered the opportunity to riders from the National Cyclo-cross Development Squad on a part-funded basis.

The offers were made to riders from the squad based on their commitment to the National Cyclo-cross Development Squad and their current form.

In the men’s U23 race, Harvey put in a strong performance as he finished in 19th place.

“I’m pleased with the performance; I think top twenty in a World Cup is a good goal and maybe that was what I was aiming for so I’m happy with that. It’s a good benchmark to set and try and improve on in the next couple of years.”

In the women’s junior race, both Doherty and McClorey were impressive as they battled to 19th and 23rd place in a strong field.

“The race went well. I was quite far down in the first lap, but I was able to make my way and pass some others by the end of the first lap. I think I was in and around the top twenty and then from there I just was able to stay consistent and have a good race.”

Mullen and Harkness also put in strong performances in the men’s junior race, Mullen finished 30th despite two last lap crashes hindering his chances of a higher placing, while Harkness was 37th.