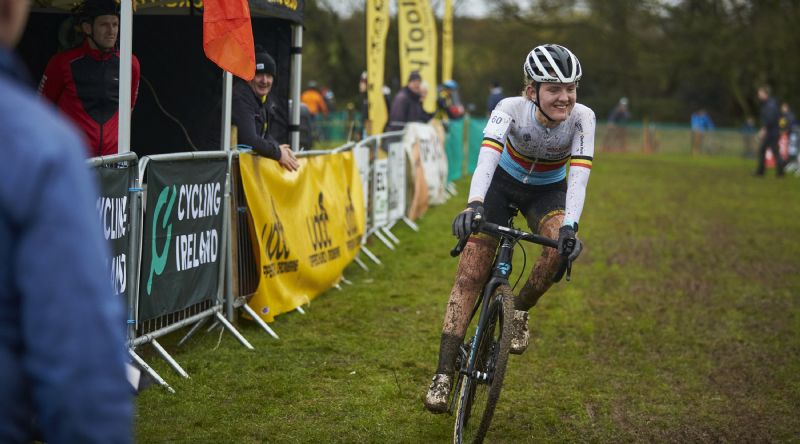 Áine Doherty after winning Round Two of the Cyclo-cross National Series in November 2022 (Picture: AtomCreates)

The Cycling Ireland Off-Road Commission can confirm that five riders from the National Cyclo-cross Development Squad will compete at the UCI World Cup Benidorm round on January 22nd.

The riders will travel and compete in the event on a part-funded basis.

Offers were made to riders from the squad based on their commitment to the National Cyclo-cross Development Squad and their current form.

Áine Doherty and Hannah McClorey will compete in the Junior Women’s Race.

Competing at the event will help the continued development of the riders as they test themselves among the best young riders in the world.

"Paul and his Team, in conjunction with the Off-Road Commission, have been doing a lot of good work with the Cyclo-cross Development Squad. Providing the opportunity to race at this level is a valuable competition exposure for these young riders within their respective categories and forms part of the wider plan to continue the progression of cyclo-cross Riders in Ireland."