The overwhelming feedback from competitors was that this was a proper ‘old school’ cross country track, with very little in the way of fire roads, and natural trails with roots and rocks aplenty.

The XC format sees riders in the Under 6 age group start each event ahead of the Under 8s, 10s, and 12s. The future talent for mountain biking in Ireland was clear to see in Union Wood, with Ríonach Campbell and Benjamin Cunningham (Under 8), Aoife Campbell and Jake McKee (Under 10), and Aoife Craig and Eunan Campbell (Under 12) all taking victories in their respective categories.

As the midges which had tormented everyone during the morning died down, it was the turn of the course for the Under 14s, 16s, Senior 2 and 3 women, and the Senior 4 men to deliver some pain. The tricky trails saw plenty of riders fall, but thankfully none with serious injuries.

Cara Suckling maintained her season’s form with victory in the female Under 14s, Curtis McKee took the male category, with Ryan Daly just 27 seconds behind in second. Aine Doherty and Conor Murphy won in the Under 16s, Kelly Robinson was first in the Senior 3 women, and Caroline Martinez stormed home to a commanding win in the Senior 2 women. Dominik Drwa completed the session with a first-place in Senior 4 men.

In the final section of the day riders in the Senior 2 and 3 men, Juniors, and Senior 1 men and women set about tackling the greasy terrain under increasingly warm conditions. David McKee took the honours in the Senior 3 men, Alexander Lennon in the Senior 2, and Travis Harkness in the Juniors.

The day culminated in some great racing for the Senior 1 riders. In the female category Caoimhe May made it three from three for the season so far, with Asia Bula close behind in second, and Leah McCarthy in third. In the male category David Montgomery rode a relentless race, winning by almost three minutes ahead of Nathan Kurensky in second, and Gareth McKee in third.

Round 4 of the National XC Series will take place in Bree, Co. Wexford, and full details can be found here 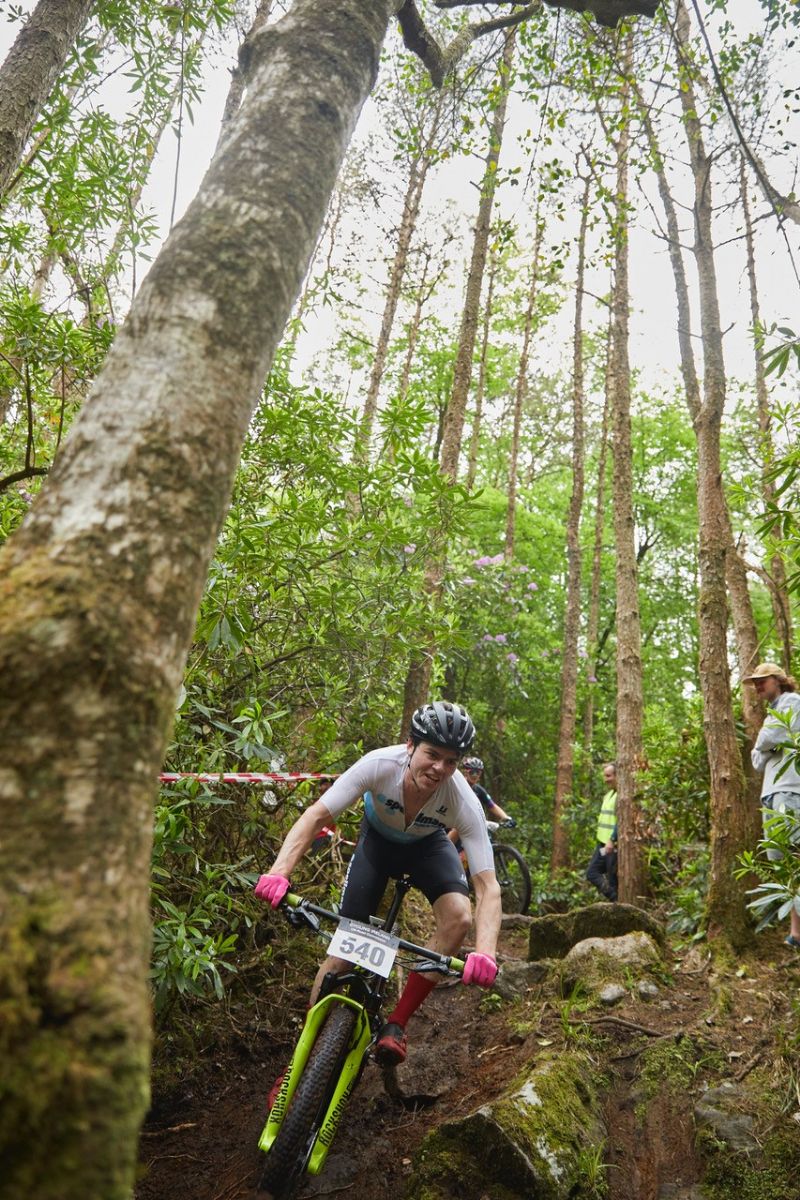 Caption: David Montgomery negotiates the tricky descents on his way to victory in the Senior 1 category at the National XC Series in Union Wood, Sligo. 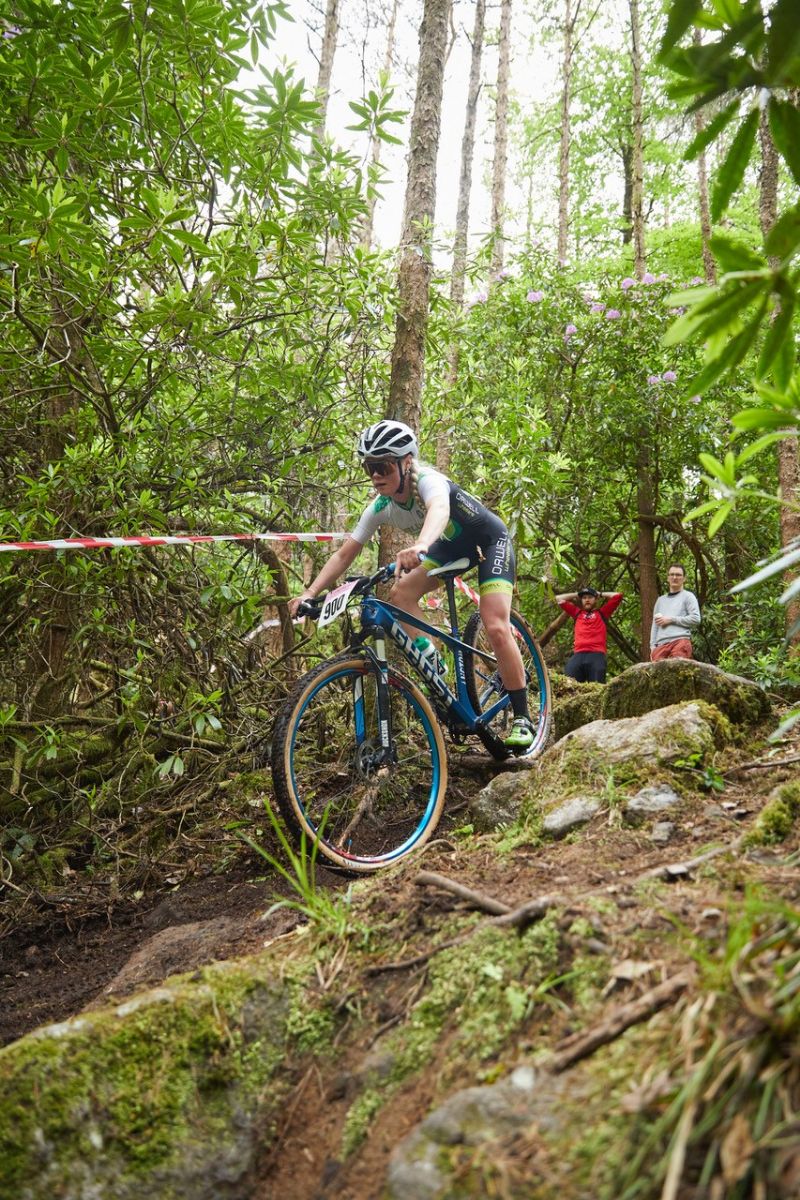 Caption: Caoimhe May makes it three victories from three races at the National XC Series in Union Wood, Sligo. 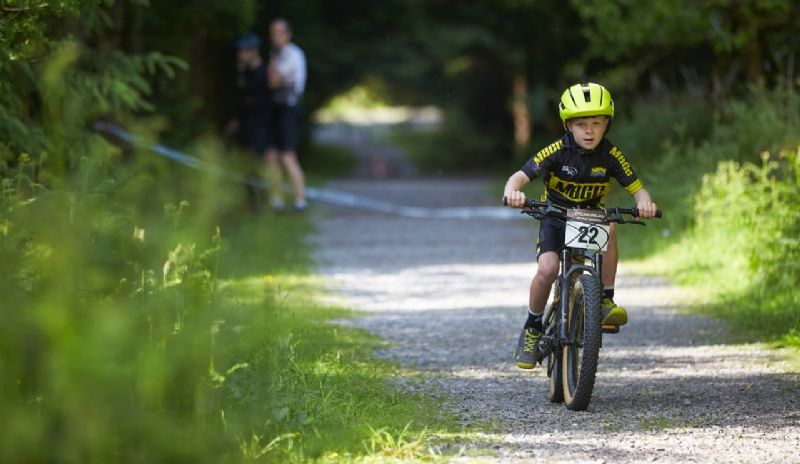 Caption: A rider in the Under 8s category takes part in the National XC Series in Union Wood, Sligo. 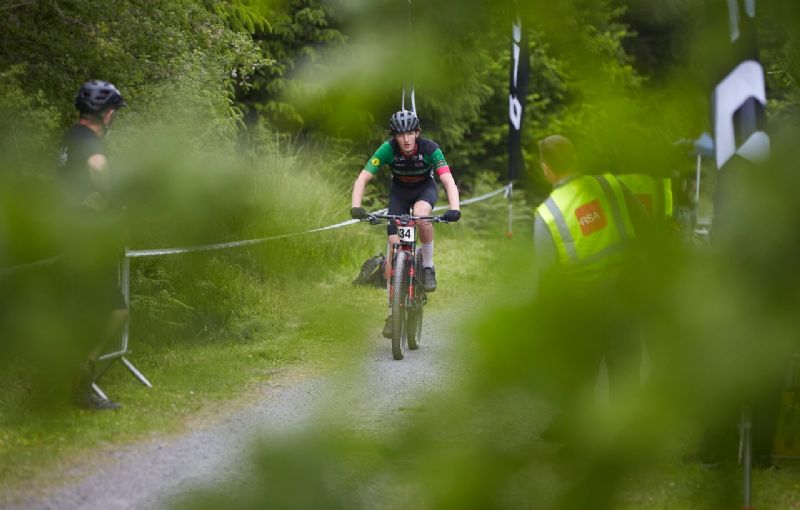