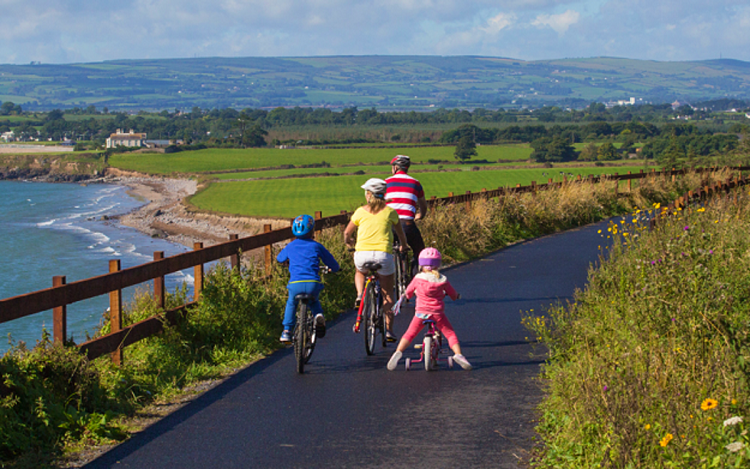 Cycling Ireland has welcomed research that found an unprecedented number of adults are cycling every week. The latest figures show an estimated 510,000 people within the Republic of Ireland are enjoying cycling as a form of exercise, participating at least once per week. This marks an increase of approximately 260,000 people compared to the same time last year.

The gradual easing of restrictions will allow new and returning cyclists to enjoy greater freedom on their bikes, benefiting from both a physical and mental health perspective. Many essential workers are also discovering the countless benefits of commuting by bike, leading to a transport revolution. The addition of temporary bike lanes and improved cycling infrastructure will result in a safer environment and help to ease traffic congestion in our cities and towns.

With hundreds of thousands of people taking to two wheels, Cycling Ireland has seen huge demand for programmes developed to support members of the cycling community. These include a free 7-week online training programme delivered as part of the #BikeLikeMe campaign, aimed at increasing female participation. Cycling Ireland’s virtual Zwift league has had the highest participation rate of any sports event for the past 10 weeks and a new ‘teach your child to cycle’ resource has proved to be very popular.

Cycling Ireland CEO Matt McKerrow welcomed the figures; “I think everyone in the cycling community has anecdotally noticed more people cycling in and around their towns and suburbs recently, but it is great to see the research with numbers quantifying the levels of increased participation.

“Cycling Ireland is committed to its role in providing participation opportunities for the physical and mental health of all across the island of Ireland and playing its part in the country’s road to recovery from Covid-19.”

Download The Impact of Covid-19 Restrictions on Sport and Recreational Walking - Report 2 here.

The number of adults participating in sport and recreational walking during Covid-19 restrictions is unprecedented in the history of Sport Ireland research according to the second volume of a report published today.

According to the research, which was conducted by Ipsos MRBI on behalf of Sport Ireland, the current participation rate in sporting activity is 51%. Three sports dominate the sporting landscape at present with approximately 710,000 participants in exercise, 680,000 runners and 510,000 cyclists.

The research was in five phases, beginning on 28th February with the latest phase covering 30th April to 15th May. In total over 5,000 interviews took place during this period.

A further promising finding from the report is that the combined effect of the participation in sport and recreational walking means that the proportion of adults described as sedentary in the National Sports Policy has declined to 11% compared to 22% during the same period in 2019. This is the lowest level of sedentarism ever recorded by Sport Ireland.

Minister of State for Tourism and Sport, Brendan Griffin TD, said: “The findings of the second volume of research commissioned by Sport Ireland show that sport and physical activity still play a very important role in society throughout the Covid-19 crisis. The importance of regular exercise for physical and mental wellbeing cannot be stressed enough. It is promising to see that the sports participation rate currently sits at 51%, which is higher than the target set out in the National Sports Policy 2018-2027. As Ireland looks to reopen society and business in line with the roadmap laid out by Government, sport and physical activity will play an important role as we look to emerge from this pandemic. The background work being put in by the National Governing Bodies and Local Sports Partnerships will ensure that this is the case.”

The numbers of adults walking for recreation have increased throughout the crisis, increasing by a cumulative 18% over the five phases of the research. The figure of 83% is the highest level ever recorded and is equivalent to over 3.1 million regular walkers. More than half of the adult population (52%) report that they are engaging in sufficient levels of activity to meet the National Physical Activity Guidelines.

Sport Ireland Chief Executive, John Treacy, added: “Despite the restrictions in place around sports facilities, team sports and a number of other sporting activities, it is welcome to see that overall levels of participation are now greater than they were during the same period in 2019. It is really encouraging to see a strong uptake in recreational walking among those under the age of 35, in particular the 15-24 age group where participation has jumped from 51% to 89% throughout the restrictions. Another positive is the gender gap in participation, which is now virtually non-existent. During a period unprecedented in modern times, it is highly encouraging that Irish adults are seeking to look after their own health and well-being through taking part in regular sport and physical activity. The sports sector is continuing to innovate and support individuals in staying active in safe manner. We look forward to the controlled reintroduction of more sporting activity in line with the Government’s roadmap over the coming months.”

Download The Impact of Covid-19 Restrictions on Sport and Recreational Walking - Report 2 here.