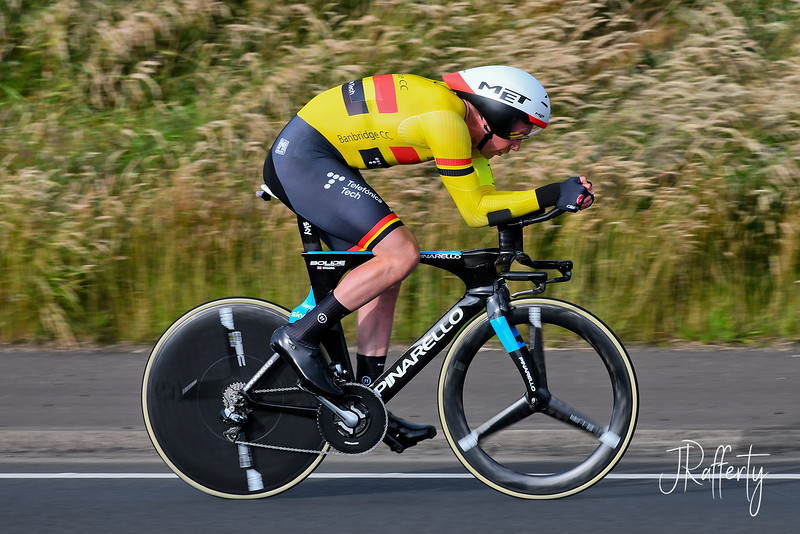 Marcus Christie (Banbridge CC) won the second round of the Time Trial National Series in Loughrea, Co. Galway last weekend hosted by Seven Springs CC, adding to his win in the first round.

Christie covered the 40km course in a time of 48:41, averaging 49.3 km per hour. The next fastest time was produced by Paul Kennedy (Burren Cycling Club) in the Masters 40 category clocking an impressive time of 49:11.

Havern is now tied at the top of the leader board with Eva Brennan (UCD Cycling Club) while Christie has extended his lead ahead of Cian Ibbotson (McNally Swords Cycling Club).

The rescheduled Noel and Kieran Hammond Time Trial hosted by Orwell Wheelers is the third and final round of the Time Trial National Series which takes place on August, 27th.