Four athletes to compete in the Madison and Omnium events 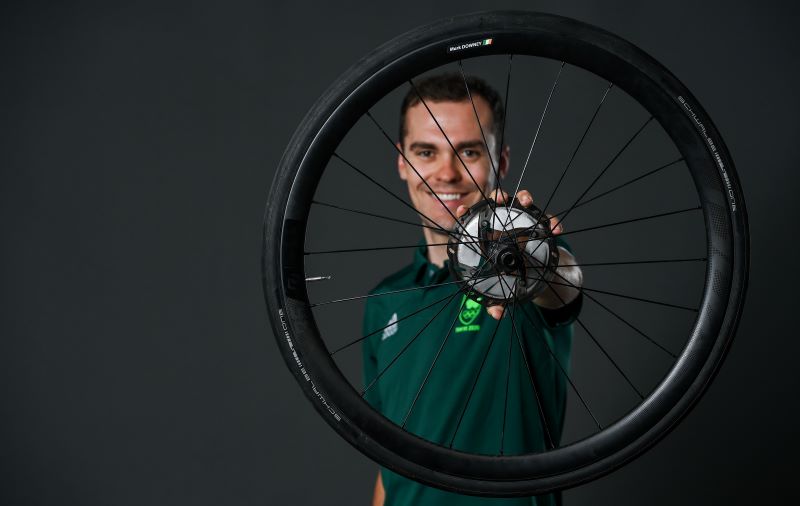 Team Ireland has officially selected the track cycling team who will compete at the Olympic Games in Tokyo this summer. Four athletes and two reserve riders have been named to compete in the Madison and Omnium for men and women. The team will compete in the Izu Velodrome from the 5 – 8 August.

In the Women’s Madison Rio Olympian Shannon McCurley will be joined by Emily Kay, with Kay also competing in the Omnium. McCurley has been no stranger to international success for Team Ireland, winning silver in the Scratch Race at the European Championships in 2019. She became Ireland’s first female track cycling Olympian in 2016, competing in the Keirin, a sprint event, before switching her focus to the endurance based track events. Kay is an exciting relatively new Team Ireland member, who has been performing extremely strongly on the world stage in the Omnium in particular, including a podium finish at the UCI Track Cycling World Cup in Canada in 2020, where she won bronze. Lydia Gurley will be travelling as the reserve cyclist for the team.

The Men’s Madison will be Mark Downey and Felix English, an exciting pairing who have already spent a stint in this Olympiad ranked number one. One of the two will also compete in the Omnium, this will be decided closer to the Games. Downey hails from a family steeped in cycling, his father Seamus also competed in the Olympics for cycling – at the LA Games in 1984. English has been a regular feature on Team Ireland squads over the past ten years, and together with Downey secured the final Tokyo qualification berth at the World Championships last year, in a drama filled 200 lap race. Fintan Ryan will be travelling as the reserve cyclist for the team.

“It’s amazing to finally be announced as part of the Irish team going to the Tokyo 2020 Olympics. It’s something I dreamt about as a kid, and I have been working towards this for my whole lifetime really. The rollercoaster of the last twelve months, it’s nice to finally get the official writing, and I’m really looking forward to presenting the best version of myself in the national colours come August, on the biggest stage in the world!”

“We are delighted to announce the track cycling team for Tokyo 2020. Even though this will be the first Games experience for many of them, they each bring with them buckets of experience, and success. Our Deputy Chef Liam Harbison will be supporting this team in the satellite village in Izu, and with this group competing towards the end of the Games, we are looking forward to finishing on a high.”

Coached by 2012 Olympian Martyn Irvine, the team have been finalising their preparations in the cycling training base in Majorca,

“The last year has been really challenging for everyone, and the grit and resilience that the whole squad has shown has resulted in this selection, and team that is not just going to Tokyo to participate, but to compete for top results. It is a squad that has real potential, and tough decisions had to be made during selection, but I can honestly say that the reason we are at this point, fielding such a strong team, is because of each of those athletes who drove the standard on. Leading into the Games now, we are focusing on trusting the process, making sure the team is 100% prepared, and ready for some top class racing.”

This brings to fifteen the number of officially selected Team Ireland athletes, and team announcements will come more frequently over the coming weeks, with the final team announcement scheduled for the beginning of July. The Olympic Games in Tokyo will run from the 23rd July to 8th August 2021.