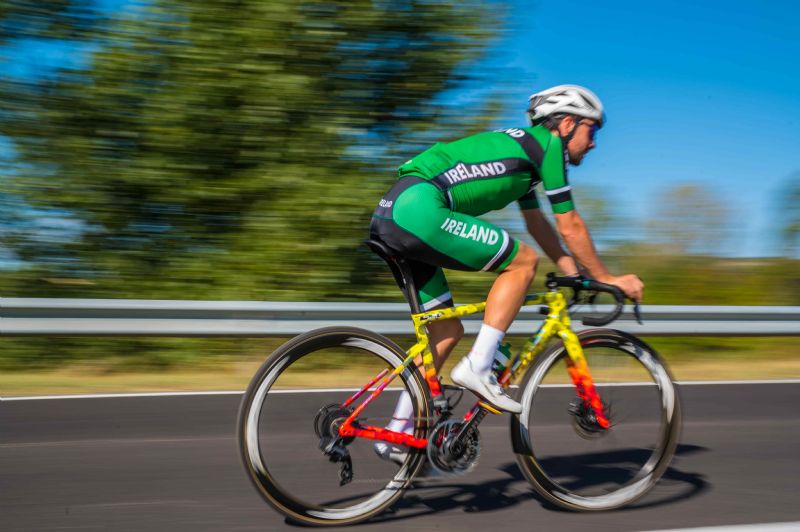 A team of 16 riders will represent Ireland at the Road World Championships in Flanders, Belgium from 19-26 September.

Competition begins on Sunday, 19th September with the Elite Men’s Individual Time Trial and concludes a week later with the Elite Men’s Road Race. During the week-long competition, riders will battle for 11 world titles across Junior, U23 and Elite categories (no U23 women’s category). The 2021 edition marks the 100 year anniversary of the first UCI Road World Championships.

Sam Bennett who recently returned to racing to compete at the European Road Championships after an injury forced him out of the 2021 Tour de France is among a team of four riders who will contest the road race. Bennett will be joined by Olympian, Eddie Dunbar, who played a key role in delivering a top 20 result for Team Ireland at the Olympics. Ryan Mullen and Rory Townsend completes the team.

Ryan Mullen will ride the 43.3 kilometre Time Trial along with Marcus Christie who has had an impressive number of victories in Time Trial events in the past year.

The Junior Men's team comprises of Darren Rafferty, Ronan O'Connor, Conal Scully and Dean Harvey. Darren Rafferty, who had a strong performance at the European Road Championships, particularly in the time trial where he narrowly missed out on bronze, will also ride the Junior Time Trial with Conal Skully.

A flat time trial course faces the riders which will run from Knokke-Heist to Bruges. The Elite Men will race over 43.3 kilometres, while the U23 Men and Junior Men will ride a 30.3 kilometre and 22.3 kilometre course respectively.

The road races start on Friday, September 24th with the Junior and U23 Men. The Junior Men’s Road Race will take place over eight laps of the Leuven circuit totalling 121.4 kilometres while the Junior Women will compete over five laps of the circuit amounting to 75 kilometres.

The Elite Men will take on an arduous 268.7km course with 2,562m of elevation including 42 climbs from Antwert to Leuven. The women will race over 157.7 kilometres with 1,047m of climbing, while the U23 Men will complete over 160.9 kilometres.

Watch the action live on BBC and Eurosport.