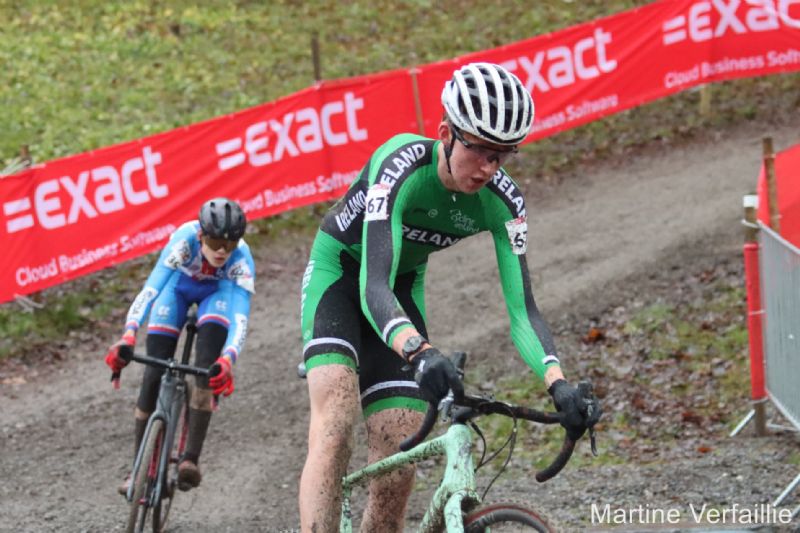 A team of 5 riders will represent Ireland at the 2022 Cyclocross World Championships in Fayetteville, Arkansas from 28-30 January.

The team selection made by the Cycling Ireland Off-Road Commission includes junior, u23 and elite riders.

Sean Nolan and Dean Harvey will represent Ireland in the u23 men’s race on Saturday, January 28th. Nolan claimed the silver medal in the men’s race at the Cyclocross National Championships after a tough battle with Chris McGlinchey while Harvey came home in 4th position.

The Junior Men’s team includes 2022 Junior Men’s Champion Liam O’Brien and runner up Travis Harkness. O’Brien represented Ireland at the European Cyclocross Championships in the Netherlands in November and battled to a top-20 finish after being gridded at the back of the field.

The course is 3 kilometres in length featuring short steep hills and obstacles to challenge the riders.