Riders were greeted by blustery conditions and a stiff headwind on the outward leg of the 33.79km route. Paracycling C1-C5, H1-H5, Masters Women and Junior Woman raced over a 23.41km course.

Mullen has enjoyed mixed fortunes this year but was pleased with his performance saying it was one of his best ever rides in terms of power output. And it needed to be as a raft of top professionals were fighting for podium positions including seasoned pro Nicholas Roche of Team DSM in the silver medal position and Marcus Christie of PerformanceSBR in third. 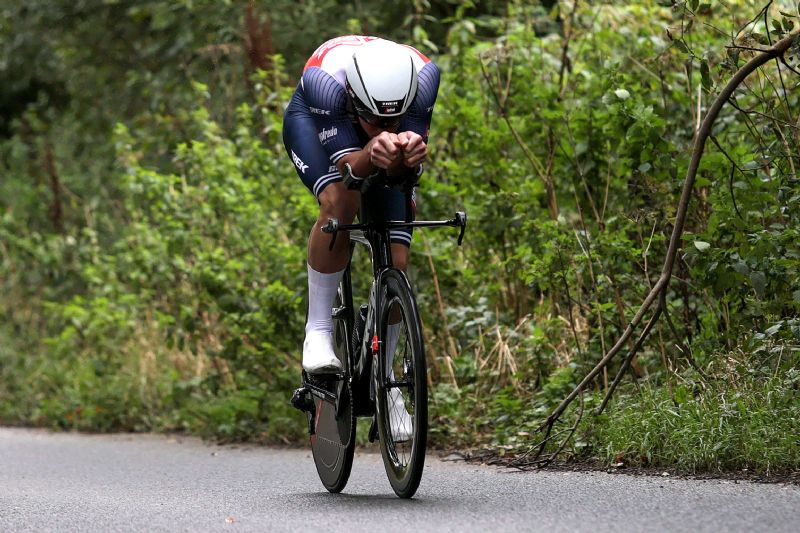 Ben Healy, of Trinity Racing, opted to declare as an elite and forgo the opportunity to defend the U23 title he won last year. The 21-year old finished in forth, 7-seconds off the podium.

“I’ve not had the best of seasons; it’s not been too great for me but I’m really happy to turn that around. Today I came here, I put a bit of pressure on myself, more for my self-confidence and going into next year with Bora I really wanted to bring a National Champs jersey of some form, whether it’s this or the road race.”

Nicholas Roche pushed Mullen all the way and will be a major threat in the Road Race on Sunday.

“Nico is clearly in great shape because he wasn’t far off me and, yeah, I’ve done a good ride by my standards. It should be an exciting Sunday.”

Speaking at the finish line about the windy conditions Mullen said;

“I had about 440 (watts) average at the turn, and I think I finished the ride with 435, 436 (watts). Normalised (power) is going to be close to 440 with the roundabouts. That’s definitely up there with one of my better rides.”

“I’ve had a bit of a change of coach in the last 3 weeks and it’s definitely paying off. He’ll be more than happy when I text him now.”

Senior Women’s Champion, Joanna Patterson recently made the switch from triathlon to cycling, surprising herself with the victory today. 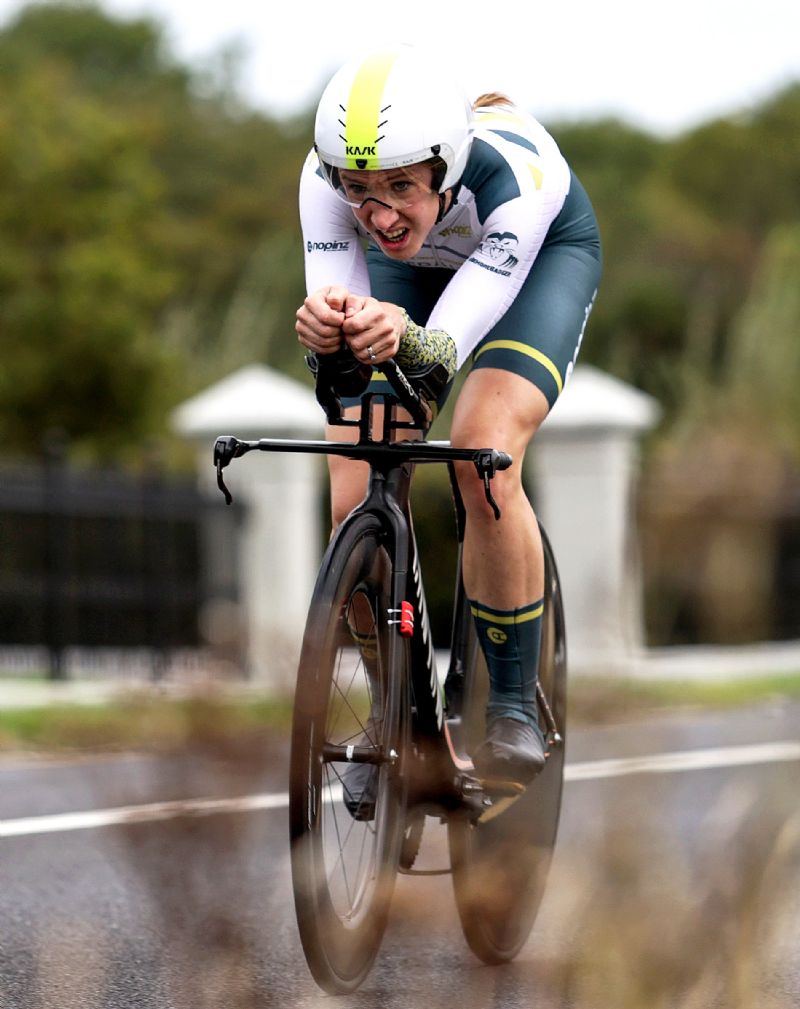 “I wanted to get this right today just based on sort of the wind and the hills, so I tried to ride it more sort of to the course rather than focusing on average power or anything. So, I was trying to just push on the hills and when there was headwind or when it felt slow just try and push a bit more and then take wee breaks when it got really fast.”

Multiple Tokyo Paralympic medallist, Eve McCrystal could not defend her 2020 title and had to settle for silver. After the long build up to Tokyo, McCrystal enjoyed some downtime after the games to recover from the effort so will not be too disappointed given her limited training in recent weeks. Linda Kelly of Barrow Wheelers rounded out the women’s podium finishing in a time of 48’21”.

Highlights on RTÉ2 at 5pm on Tuesday, October 5th