Ronan Grimes finished sixth in his C4 road Time Trial at the Fuji International Speedway in the Paralympic Games.

Athenry man Ronan rode well through out but when it came down to the finish tally he struggled to convert that earlier promise into a podium.

His splits were good at every passage of the start/finish area on the iconic track and was in close proximity to his opponents.

Victory was taken by Patrik Kuril of Slovakia in a time of 45:47.10, while his fellow countryman Jozef Metelka took silver with 46:05.05 and British rider George Peasgood took the bronze medal with a time of 46:08.93. 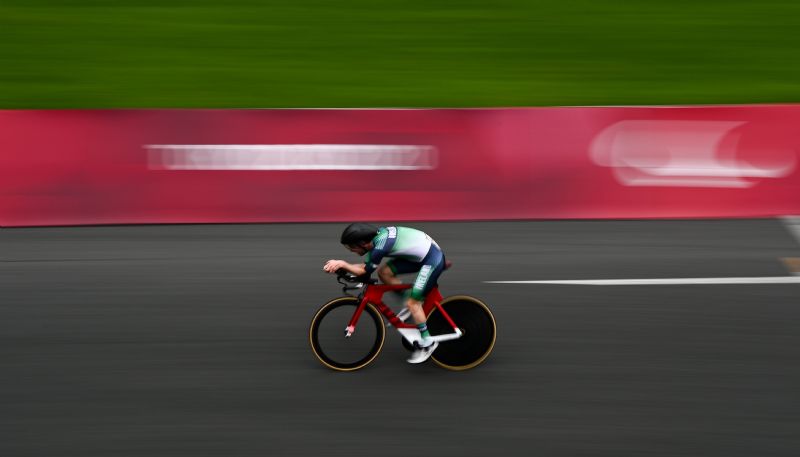 Ronan finished with 47:33.31 and said there were no excuses other than the fact that he was beaten by other riders.

“It was tough out there. I couldn’t have gone any quicker. The man who won, it is a fascinating time – he didn’t know himself he had won,” he said.

Although the race was under the oppressive humidity of Japan with heat in excess of 30 degrees Celsius Ronan said that had little effect.

“We’ve done heat and humidity work all year so I don’t think it had a great impact on me to be honest. I was prepared for it – that’s not an excuse. I don’t have any excuses, I rode as fast as I could. The riders ahead of me are very strong. The course suited some better than others – it’s as simple as that. I prepared as well as I could, I couldn’t go any harder for myself – whatever result I got I will take it. When I finished I had nothing left, I have to be happy with that,” he added.

Ronan is looking forward to Friday’s road race event where he will line out with other male riders in the C4-C5 category.

“The road race will be a bit of fun, combined C4 and C5 race, most of the lads in C5 race continental level so the standard is going to be. Not many people get to ride a road race in a country like this, on roads like this so I’m going to enjoy every second of it. I prepared as well as I could, I couldn’t go any harder for myself – whatever result I got I will take it. When I finished I had nothing left, I have to be happy with that,” he added.

Ronan will be back at the Fuji International Speedway on Friday, 3 September for the C4-C5 Road race.