Nicolas Roche gives his all for 28th in Olympic Time Trial 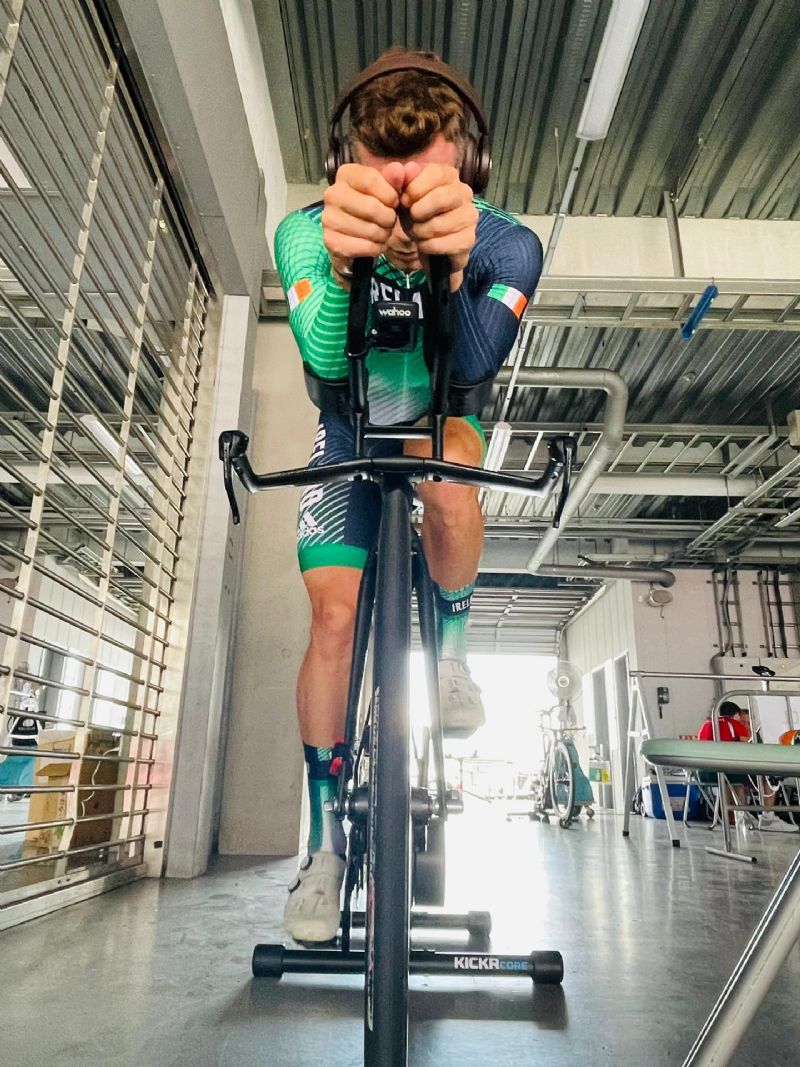 The gruelling race against the clock was won by Primož Roglič of Slovenia in a blistering time of 55:04:19, Roglič averaging 48.3kph. Roglič did much of the damage on the final lap extending his advantage as the terrain took its toll on the heavier riders.

Tom Dumoulin of the Netherlands returned from a brief hiatus from bike racing to claim the silver medal in a time of 56:05.58. Australia’s Rohan Dennis finished in 56:08.09 to win bronze less than half a second ahead of Stefan Kueng.

Roche had played a key role in supporting Dan Martin in the 234-kilometer Road Race on Saturday, Martin going on to finish in 16th position. A quick recovery was required as the Time Trial course featured a total elevation gain of 846 meters in hot and humid conditions.

Roche was amongst the early starters tasked with laying down a marker for the field of 35 riders to measure themselves against. The 37-year-old paced his effort well and finished strong through to the finish on Fuji International Speedway.

“That was a tough one day.” Nicolas Roche commented at the finish line.

“Definitely left it all on the road but obviously against a lot of the top of the world specialists I’m a lot slower than most of them, but I gave it 100%. I thank the staff and Cycling Ireland and the Olympic team for their commitment behind me for these Games, and I hope I gave everything I could. It’s been an amazing experience to get my fourth Games, I'm extremely proud.”