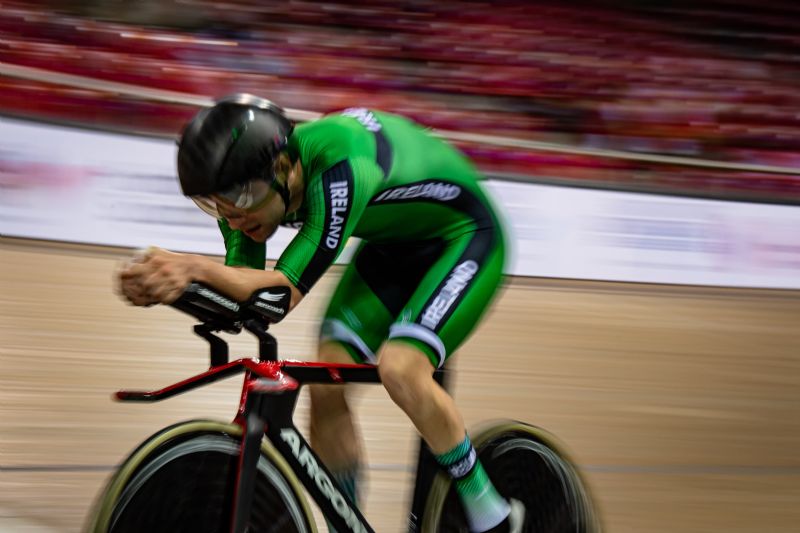 Ronan Grimes rode an impressive heat in the individual pursuit in the afternoon against World Record holder, Jozef Metelka of Slovakia. His time of 4:42.111 over the 4000 metres was enough to see him progress to the gold medal ride off against the Slovakian rider, who qualified fastest.

The Athenry man left it all out on the track against Metelka performing a better ride than his qualifying one despite posting a longer time. Grimes covered the 4000 metres in 4:45.129 and managed to hold off the Slovakian rider from catching him, the first time Metelka has not been able to catch and overtake any of his opponents

“I’m delighted really. I think today in the individual pursuit, I thought silver would be the best that I ever thought I could get and to come away with it is a great feeling.”

Richael Timothy was first to race this morning in the flying 200m event where she smashed her own record by over half a second to set a new national record of 13.377 in the WC3 category, recording the 3rd quickest time. Later in the day, Timothy produced another recording breaking ride in the 500m time trial, qualifying in 6th place for the finals with a time of 42.066, ultimately finishing in 6th place overall after the final. 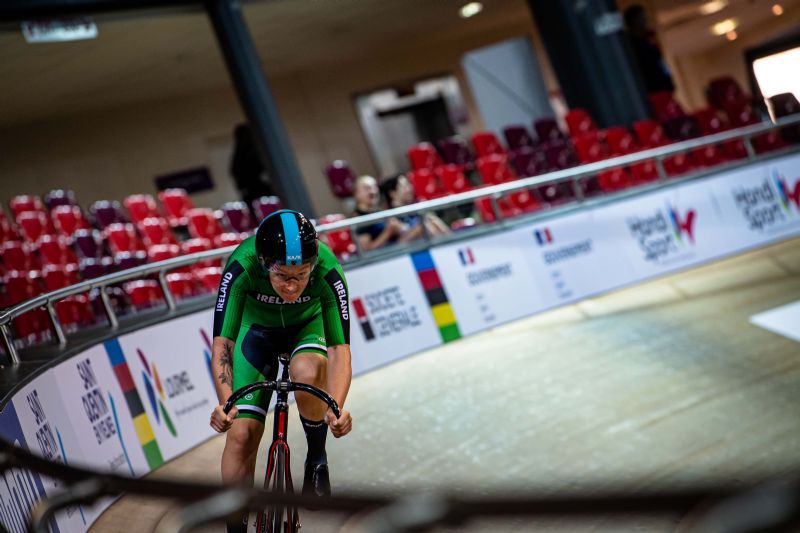 “I had the 200 (flying 200m) this morning which is part of the omnium so it was good to get a good position in that and then the 500 (metre time trial) as well, a PB and national record so it was all I could’ve really done.”

Looking ahead to the rest of her races, Timothy added:

“I have the scratch (race) tomorrow which I really like I suppose. I will look forward to it, it will be my first time since Milton to do one (2020 Paracycling Track World Championships) and then the pursuit is the following day so that suits me as well. That’s part of the omnium so I’ll just try get as good a position as I can.”

Ronan Grimes and Chris Burns followed in a similar suit with their flying 200m efforts, both breaking the national record in their categories. Chris Burns produced an impressive time of 12.078, setting the 3rd fastest time in the MC2 category while Ronan Grimes’ time of 11.695 saw him finish in 7th position in a stacked field. 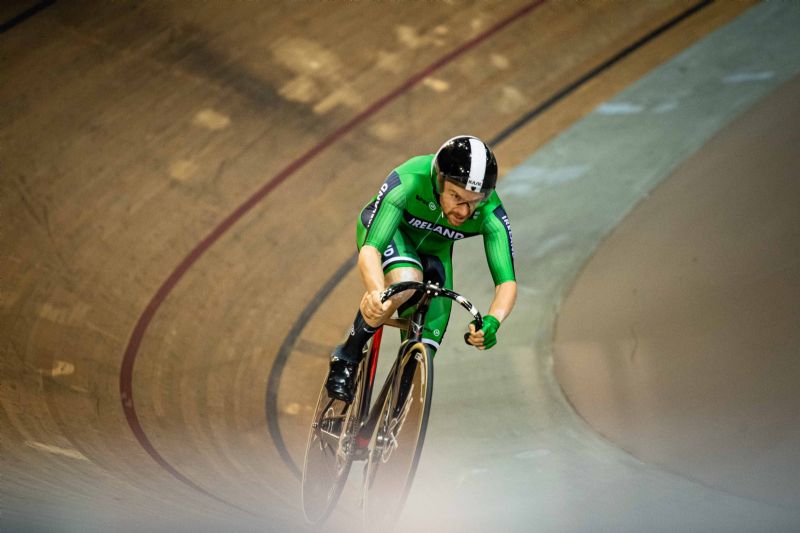 “Yah, it was a good start to the omnium now, you know it’s just the consistency we have to take forward and hopefully do similar in the rest of the events going forward, so the 1k (time trial) tomorrow, then the 3k (individual pursuit) and then the scratch (race). I’m hoping to maintain that top 5 position and take it all the way to the end over the weekend.”

The flying 200 serves as an additional event to make up a four-event omnium, meaning there are no medals on offer for this as an individual event.

The individual pursuit, 500m/kilo time trial and the scratch race are all individual events and also form the four-event omnium alongside the flying 200.

The whole squad will be in action tomorrow competing in a range of events across the day.

*All National Records are subject to ratification.