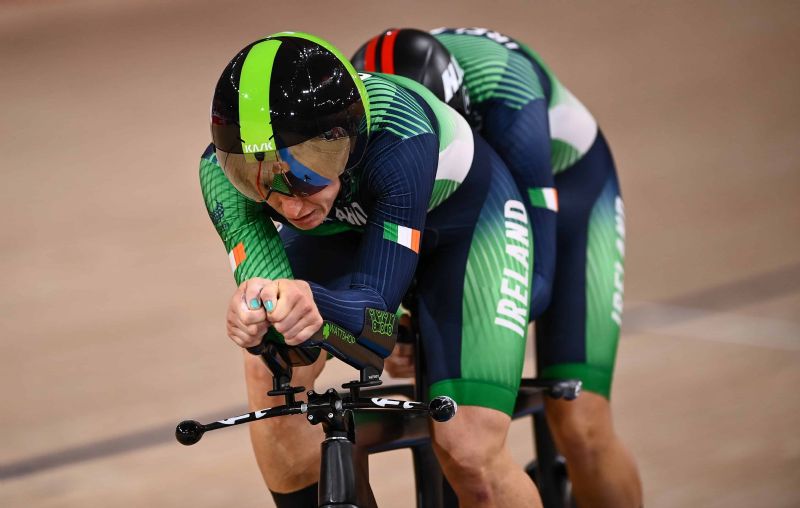 Katie George Dunlevy and Eve McCrystal have set a new personal best time and national record in their first Paralympics event on the track.

The pair began their campaign this morning on the wooden boards of the Izu Velodrome, near Shizuoka, south of Tokyo racing in the B3 tandem 1000 metre Time Trial.

They were one of ten crews that took to the track and set a blistering pace to cross the line with a new national record of 1:09.044 – riding at an average speed of of 52.1km/hr.

The race was won by the Dutch pair but for most of the event all three places on the podium were taken by British crews.

Eve and Katie finished their heat with an eventual sixth place – it was Dutch and Belgians crews who set the ultimate pace. With the Netherlands taking victory with 1:05.291. 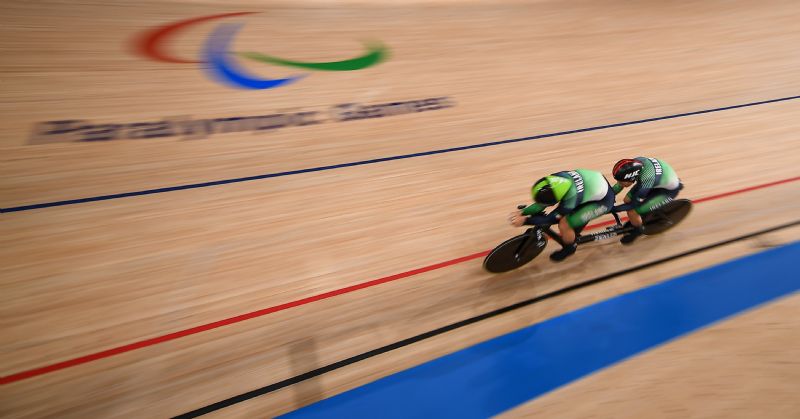 For Irish audiences it was a solid start to competition for Eve and Katie who go into Saturday’s 3000m Individual pursuit with a lot of confidence.

Eve said the event was an introduction to the track and are looking forward to the weekend.

“Today was a nerve settler for us. It was really good to have it before the three kilometre event, so that we could go through the warm up, the procedure. We went nearly one and a half seconds faster, I think it is the new national record and that’s all you can do on the day is go faster than you’ve gone before and I think it shows that we’ve form hopefully it will carry through to the next three events,” Eve said.

Katie said they are now focusing on Saturday’s events as they target another best.

“Got the pursuit coming up on the Saturday and that is the one we are targeting. It is the endurance event and we have medalled in that in the past – that’s what we are aiming for. We are really looking forward to getting going now at this stage. We know what we are doing, we have a plan and it is about executing that plan on the day and seeing where we come. Hopefully we’ll get the podium – we’ll give it our best,” she added.

Eve said that they’ve been intensively training and focusing on the games since the Rio Paralympics concluded.

“It has been tough for the last five years and we ramped it up when Covid hit. We’ve worked really hard but it is important for people to understand that every other bike has worked just as hard as us. We are up against the top bikes in the world but we are ready to fight, and we will fight every inch of the way. We will see where that lands us and hopefully we’ll put ourselves in a position to get a medal and if it does then that would be amazing,” she added.

Katie wished to send all those at a home a message.