JB Murphy has taken a fantastic bronze medal for Ireland in the Scratch race this evening at the UEC Elite European Track Championships in Grenchen, Switzerland.

In what was a gripping race, Murphy went clear of the bunch riding solo for around 10 laps winning the bronze medal comfortably.

The young rider has been in great form at the Championships proving himself worthy of competing at this level. Yesterday, Murphy placed an impressive fifth in the Points race, finishing level on points with the rider in fourth place. 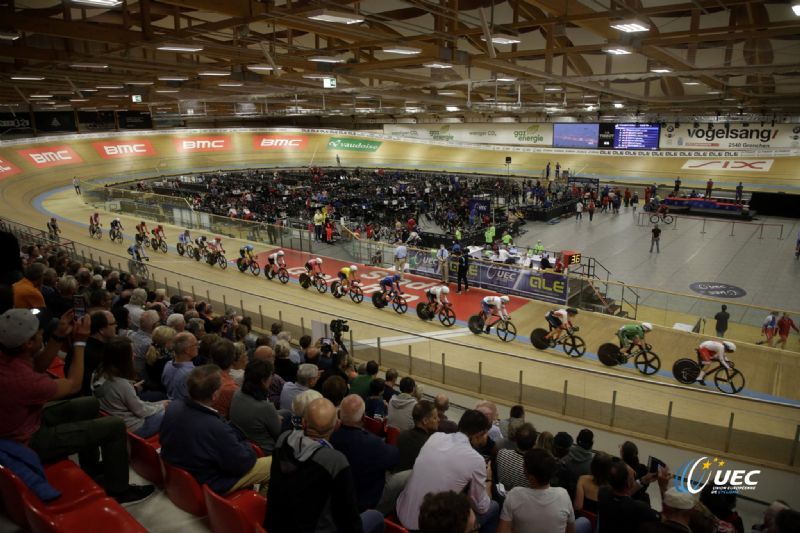 Emily Kay was also in action today competing in the four event Omnium. After the four events, Kay finished in 16th place overall having placed 14th in the Scratch race, 18th in the Tempo race, 15th in the Elimination race and 9th in the Points race.