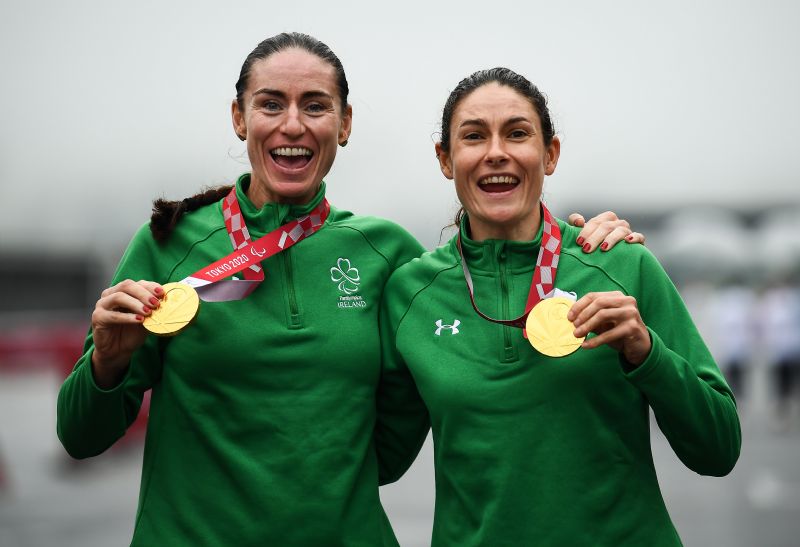 MEDAL MACHINES Katie-George Dunlevy and Eve McCrystal have made history this morning in Japan as they won their second gold medal.

The tandem dream team set out on the 92.4km hilly circuit around the Fuji International Speedway.

From the outset, torrential rain, played havoc with the race but the real phenomenon was the power output from the Irish tandem pair.

Their ride saw them dominate with the sort of control over their opponents that may have tricked the casual onlooker to believe that this was a foregone conclusion.

But it wasn’t, crashes sheet rain made this event a lottery but McCrystal in the position of pilot guided the bike home.

By mid-race distance the pair had established a three-up group of heavy hitters, themselves included.

Their breakaway companions were Swedish riders Louise Jannering and her pilot Anna Svaerdstroem and British team Sophie Unwin and her pilot Jenny Holl.

Those two tandem teams are well known for their sprint capacity so it was imperative that the Irish pairing used a tactical solution.

It was the final climb to the finish that Katie-George and Eve launched their attack – it was a devastating display of power ridden in the saddle. They immediately vanquished their opposition and they rode into the finish triumphant. 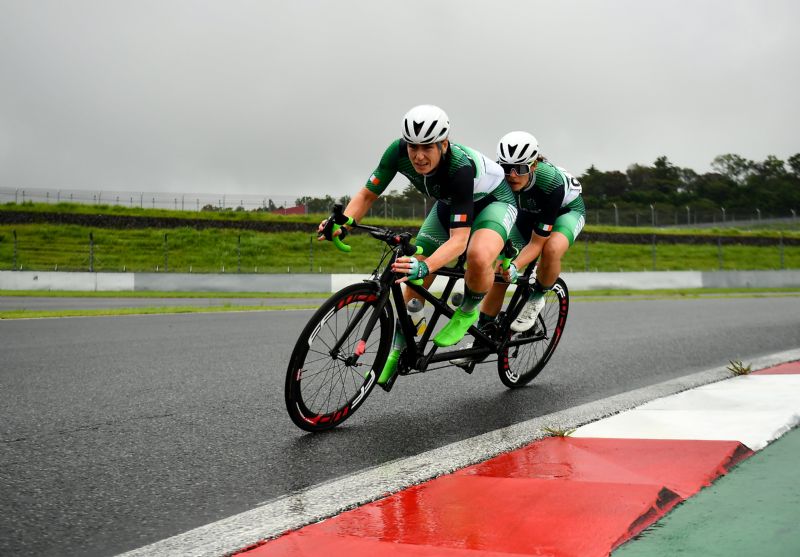 Speaking to Cycling Ireland Eve said the event, with the difficult weather conditions, was incredibly stressful.

“That is the most stressful race I have ever done in my life as a pilot, just with the weather and the corners.

“The Swedish really put it to us on the technical parts of the course. She was such a good bike handler.

“Gaps came on the corners, it was a lot of work to get them back. The climb was tough every lap. I found it so stressful. I can’t believe we are after winning, I am just shocked,” she said.

Katie believes their strength and conditioning work with coach Neill Delahaye is what made the difference.

“We were losing ground in the technical bits on each lap, we were closing gaps and then trying to get away ourselves but our fitness and our strength stood to us.

“But to be honest I just can’t believe we did it,” she added.

Eve explained that the choice at the end was either a three-up sprint with crews well known for sprinting or an attack.

“We were with the strongest bikes, people who had beaten us in the sprint in Portugal in June at the World’s. We knew we couldn’t take them to the line. We had to go, where ever worked best,” she added.

When chatting to Katie-George and Eve they tend to finish each others sentences but they were both  anxious to stress the work of the backroom staff especially Delahaye.

“Neill Delahaye had us ready for that race. He has been working with us for the last five years, since Rio, to get us ready to ride like that,” Eve said.

“We have been in the heat chamber since February (Katie laughs) – there was no stone left unturned. He has trained us to the point where we could come here and compete like this – he deserves huge credit.

“It is because of the backroom staff – all of them. Cycling Ireland, Institute of Sport, Sport Ireland, our nutrition, everything,” she added.

Katie said: “Neill works so hard on every little detail to get us ready. Just everything. We also have to mention our friends and family at home. Those medals are ours but really they are everyone's” she added. 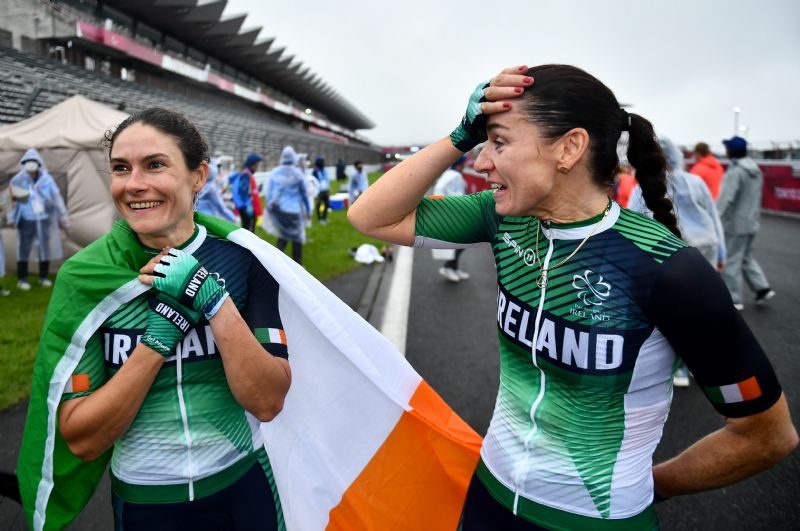