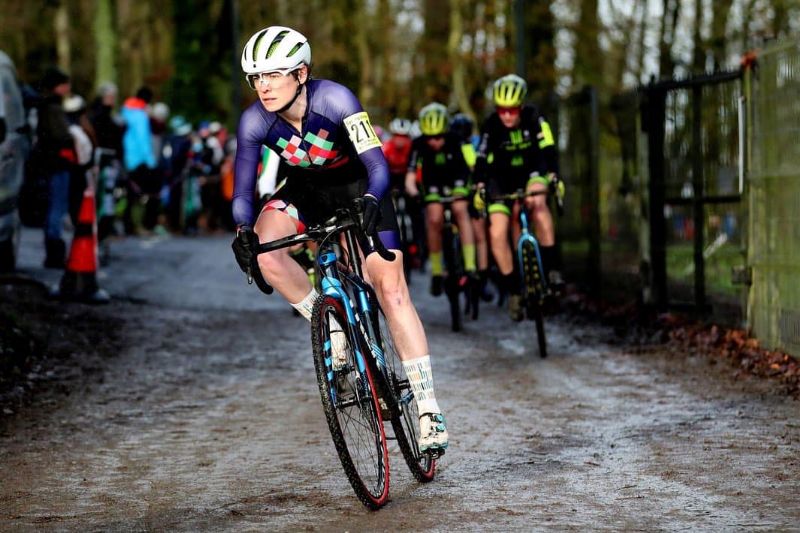 Larkin was delighted to take the victory:

“I’m really, really, really happy.”
“When you’re coming up to the race its quite stressful and everyone is so strong that you just never know. Putting a good race together on a day like today is just really really hard, anything can go wrong.
“It was a really brutal course, just running, mud, but then also it was quite technical in sections which I really liked.”

“I actually liked the running sections; I like getting into a rhythm. A lot of people hate the run and I find if you make that one of your strengths that you can really take advantage of it.”

“But I didn’t have a clean race, I crashed twice out there. I caught my handlebars in the side tape because you had to ride so close to the edge of the course. It wasn’t about riding a perfect race it was about riding as good a race as you can.”

In the senior men’s race Chris McGlinchey won his maiden Cyclocross National Championships after a terrific tussle with Sean Nolan and Darnell More rounding out the podium. McGlinchey took an early lead, but Nolan fought back to hit the front at the halfway point, but McGlinchey proved too strong powering to victory. 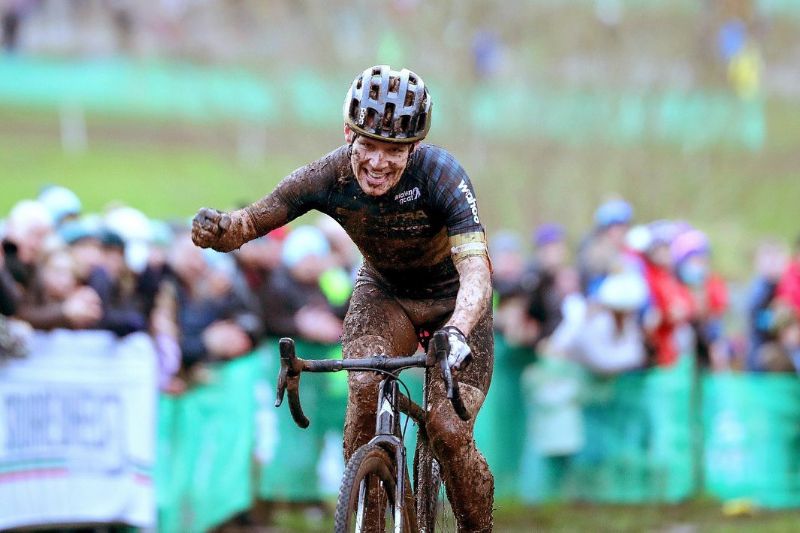 “It was brutal” a mud covered McGlinchey said at the finish line.

“It was a fast start from the start, I got the lead early on and Sean was biting at my heals and he got past me and at one point. I thought he was the stronger of the two of us, but he made a few mistakes and I got back past him and then I just tried not to look back and just hammer the whole way home.”

McGlinchey has two silver medals from Cyclocross National Championships which makes victory all the sweeter.

“It’s incredible just to get the gold” he smiled.

Liam O’Brien put on a superb performance in the junior men’s competition to take a fine victory. He was followed home by Travis Harkness and Niall McLoughlin.