Ireland's Kelly Murphy lowered her own Individual Pursuit National Record by more than 2 seconds at the UCI Track Cycling World Championships today. The record now stands at 3:27.490 for 3,000 meters on the indoor velodrome and saw her finish in 6th place. Murphy was a member of the Women’s Team Pursuit Squad along with Mia Griffin, Emily Kay and Alice Sharpe who finished 5th in a New National Record on Thursday.

Ireland teammate Mia Griffin produced a superb ride to finish 8th in a time of 3:34.713. Griffin won bronze in the 2020 U23 European Championships Individual Pursuit and claimed another bronze in the UCI Nations Cup in St Petersburg in July. 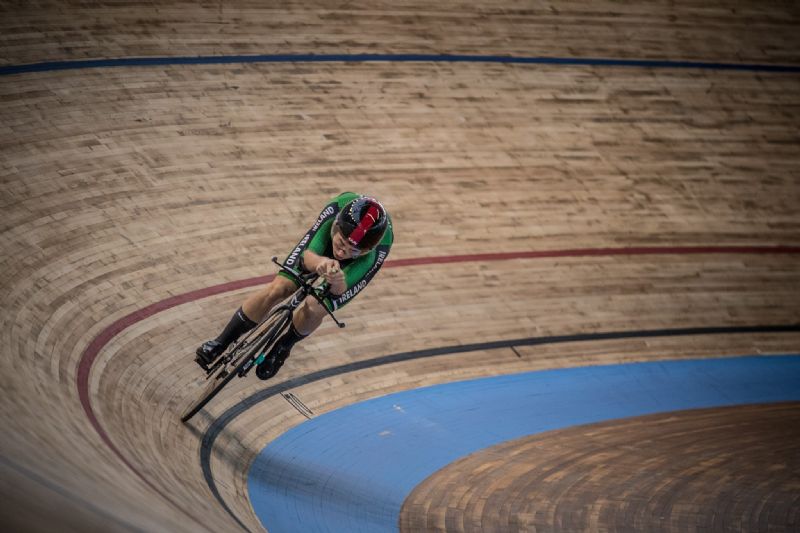 Both Murphy and Griffin have gone from strength to strength with Murphy improving on her 15th place finish at the 2020 Track Cycling World Championships in the same event.

Earlier today, Emily Kay and Alice Sharpe partnered for the Women's Madison and put in a great effort in heat 1 but were unfortunate not to book themselves a place in the final.

Ireland's Championship draws to a close today in what has been a hugely successful competition for the squad one which they can build on for future competitions.

"The start list was equivalent in standard to Euros [Championships] 2 weeks ago, which gave myself and Mia a good bout of confidence since we could predict beforehand where we could be in the pecking order. I guessed 7th would be a good day out for me; and l came 6th - just 1 second off the medal ride offs. It was a career goal of mine to finish top half, and today l executed the best ride l had in me, so to be within sniffing distance of the top 4 is a really encouraging way to close my season."

Commenting on her teammate's performance in the event, Murphy added:

"Mia's ride deserves a mention, she has really began to prove herself in this event. Every time she gets in the track she takes huge chunks of time off her PB [Personal Best] and she really is just getting better and better. IP [Individual Pursuit] is an event that forces you to take an honest assessment of what your capable of and we both pushed those limits here and at Euros and we have reaped our own rewards."