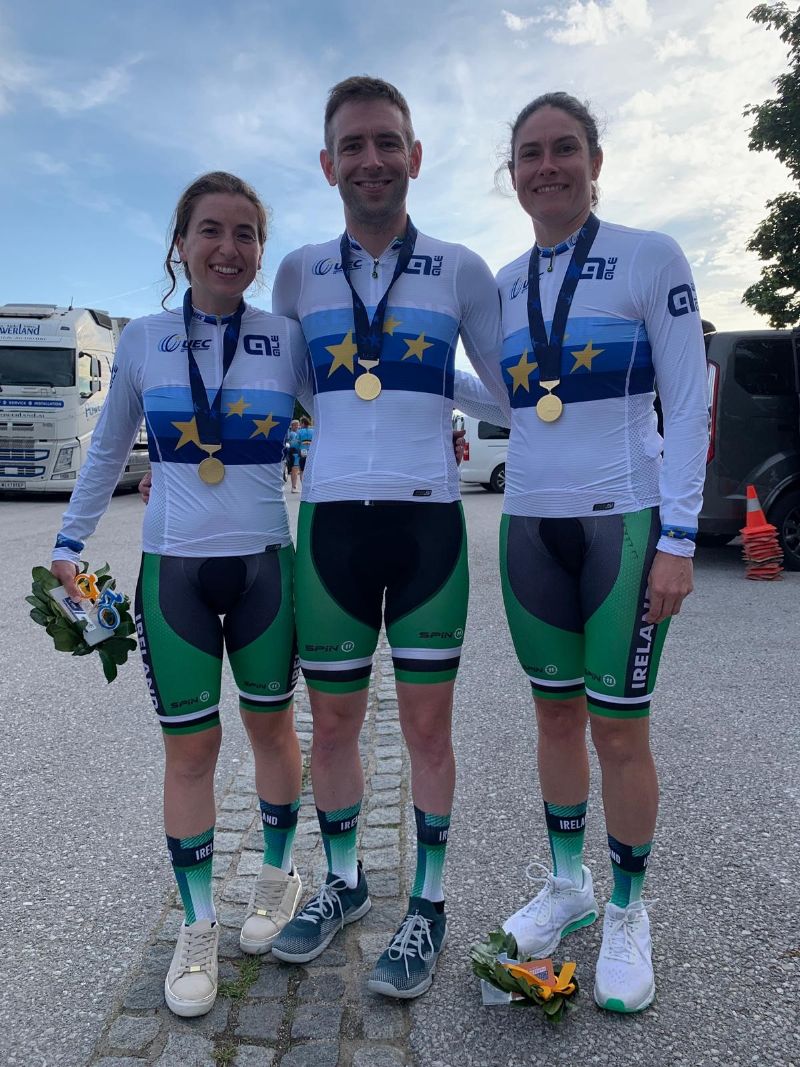 “Absolutely delighted with that and the European Championship jersey is something we really wanted coming here. It was a challenging course; it was a different course to last week in Germany and just thrilled with that.” 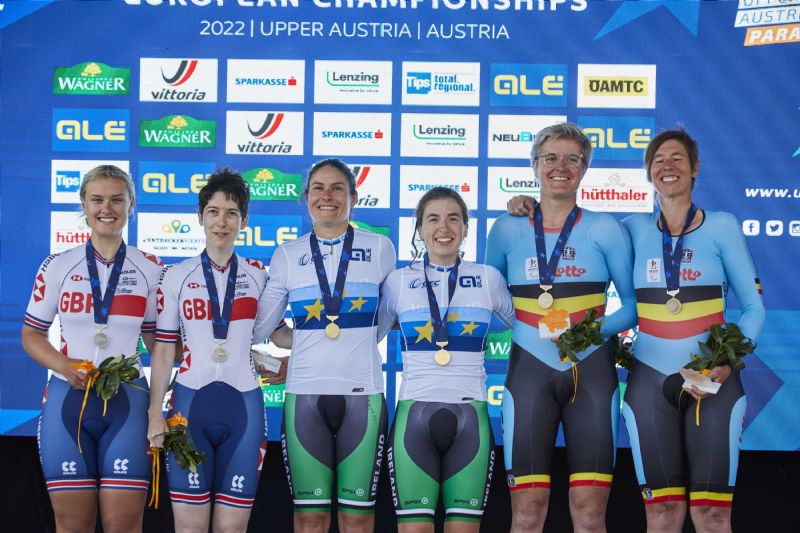 Grimes was on top form in the time trial beating runner up Louis Clinke by 16 seconds to claim his first international win. French rider Mickael Carlier took the bronze medal.

“I’m delighted to take my first top step on the podium at an international race it’s an amazing feeling and for it to be a European Championships and the jersey you get from that is an added bonus really.” 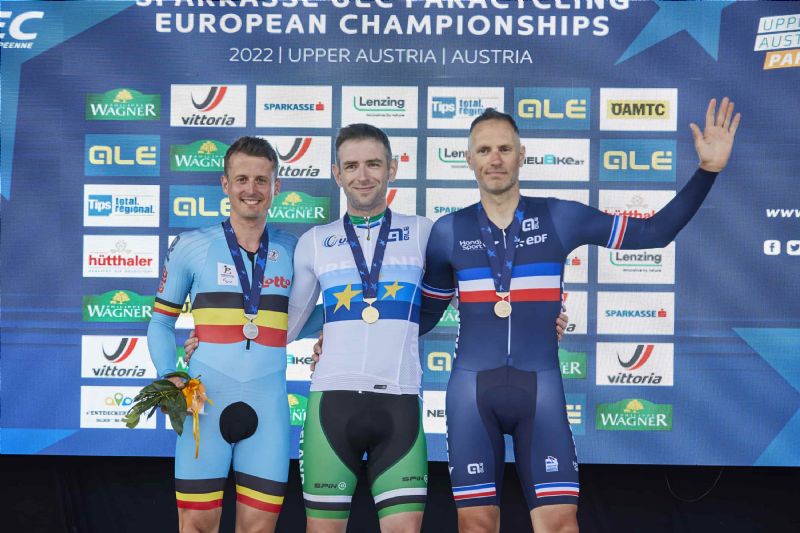 Other riders in action included Damien Vereker who secured his best ever finish at international level with pilot Dillion Corkery. Richael Timothy finished in fourth place in the WC3 category and Chris Burns placed seventh in the MC2 time trial. Declan Slevin was in action on Thursday finishing in ninth place.

The European Championships continue on Saturday and Sunday with the road races.