Ireland win bronze in the Madison at the Track Nations Cup

In the second Nations Cup of the year, Mia Griffin and Alice Sharpe powered to a bronze medal finish in the Madison to secure Ireland’s first Track Nations Cup medal this year.

Ireland got off to a good start in the Madison securing a point in the first sprint of the 30-kilometre team event adding another 3 points in the 4th sprint. Griffin and Kay put in a huge effort and with 70 laps to go they were awarded 20 points for lapping the field putting them in second place on 24 points behind the Italians who also managed to gain a lap.

On the 8th, 9th, and 10th sprint Ireland secured a combined 5 points to finish on 29 points which was enough to see off Japan who finished in 4th on 22 points after winning the final sprint. Italy took the win on 54 points, followed by Australia on 45 points.

After this performance Ireland are now 3rd overall in the Track Nations Cup standings for the Madison which is an Olympic event. 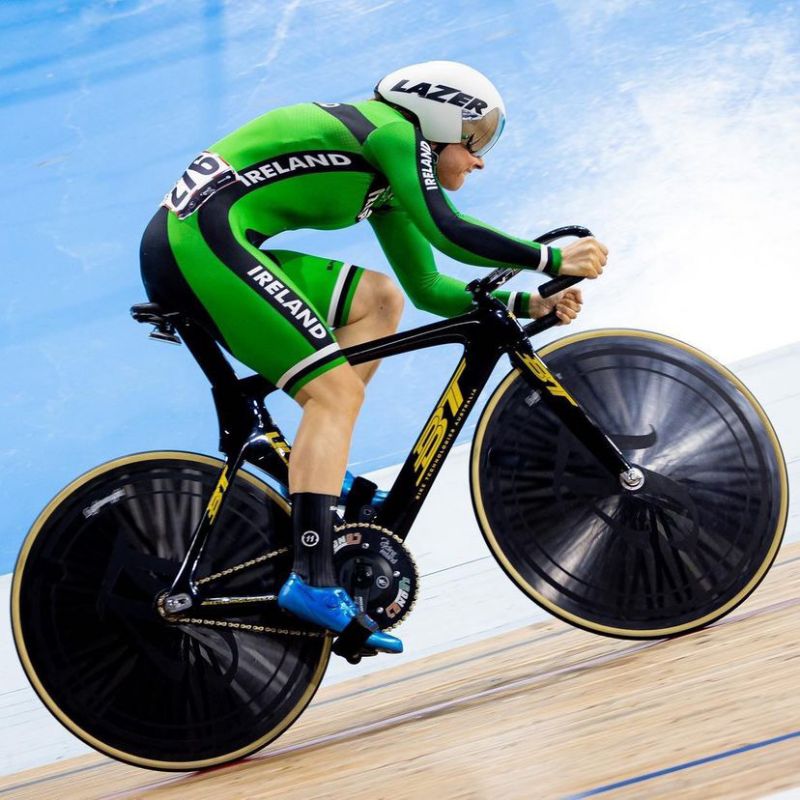 Orla Walsh showed great form in her first Nations Cup of the season setting a new National Record in the 500 Time Trial with a time of 34.858 breaking the previous record – 35.103 which Walsh set last summer at the Track Nations Cup in St. Petersburg. Walsh also competed in the sprint and Keirin events and recorded a personal best in the sprint, however was knocked out in the second round.

Emily Kay competed in the Omnium finishing in a very respectable 8th place. Across the four events Kay accumulated 81 points finishing strongly in the points race to move up two places in the standings.

Full results from the competition are as follows: