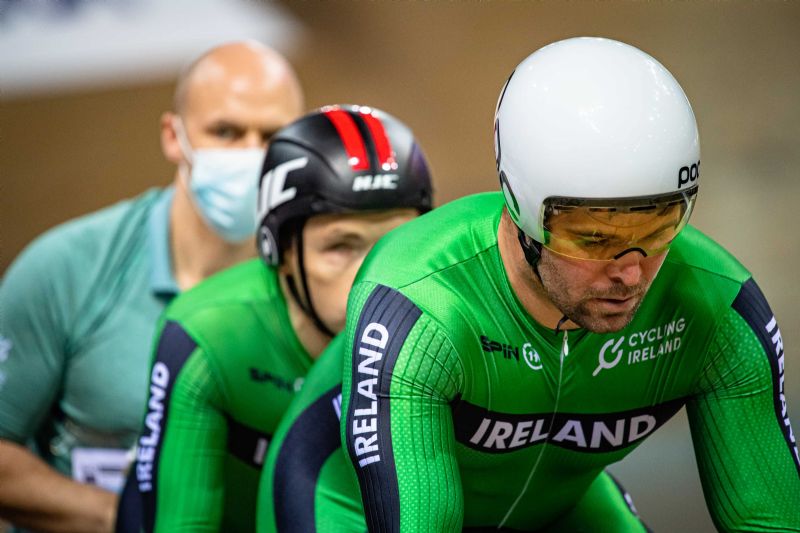 Ireland concluded their Paracycling Track World Championships on Sunday as Martin Gordon and his pilot Eoin Mullen battled to a 5th place finish in the tandem sprint while Chris Burns capped off an impressive week of racing finishing 9th in the scratch race and 6th overall in the omnium.

Martin Gordon and Eoin Mullen were first up in the tandem sprint qualifying and set a time of 10.212, qualifying 5th fastest for the quarter finals. The new pairing came close to breaking the national record in the flying 200 which was previously set in 2019 by Gordon and his pilot at the time, Eamon Byrne.

In the quarter finals, Gordon and Mullen faced off against a strong French pairing who got the upper hand winning both heats and progressing to the semi-finals.

The pair ultimately finished in 5th place after beating Japan in the 5th-6th final in a one-off match sprint.

This was Gordon and Mullen’s first time competing together and have learned a lot this week that they can build on for future competitions.

Speaking after the competition, Mullen said:

“It was .1 of a second off the national record so I think for the first (flying) 200 that is an incredible platform to build off” Gordon added.

“Overall, it’s been successful for us. We would’ve liked more this morning in the qualifier and a bit more in the kilo (1km time trial) on Friday and I think it’s just taking that hunger away with us for more.” Gordon said. 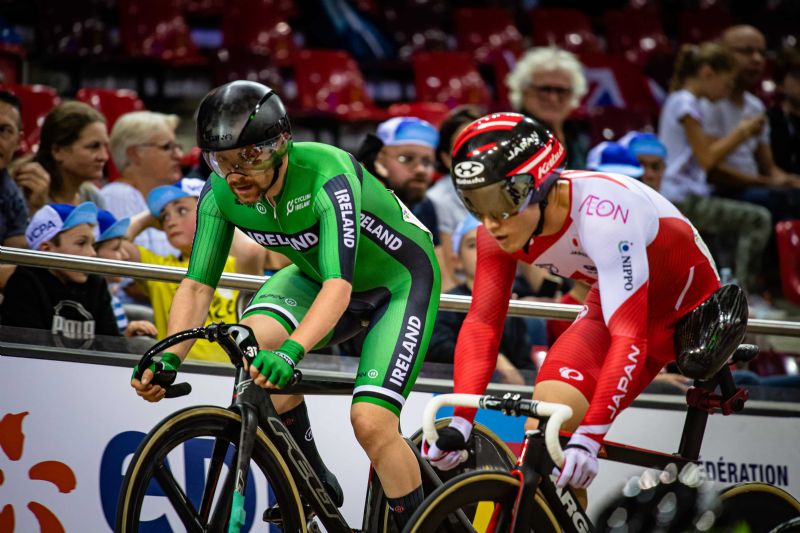 Chris Burns finished in 6th place overall in the MC4 omnium after finishing in 9th place in the scratch race. Burns came into the final day of competition sitting in joint fourth place in the four-event omnium on 94 points, after producing solid performances in the first three events – flying 200 (3rd), 1km time trial (4th) and 3km individual pursuit (9th).

During the 60-lap scratch race, Burns hit the deck after touching wheels with another rider. Burns was quick to remount his bike without assistance and was able to re-join the group he was in before his crash, ultimately finishing in 9th place.

“It was touch and go at stages in the scratch race. It started off well. I came down in a crash and maybe I should’ve composed myself a bit more and waited for the five laps and then went back up, but I jumped back up. It wasn’t the result I was hoping for but it’s still a top 10 in the scratch race, I can’t really complain.”

In his most successful competition to date, Burns comes away from the Paracycling Track World Championships with personal bests in each of the timed events and two national records in the flying 200 and 1km time trial.

“It’s been an unbelievable week to be honest with you. I’ve surprised myself and it’s just wonderful.”

Sunday’s action is Ireland’s last at this year’s Paracycling Track World Championships after four days of competition at the Saint-Quentine-en-Yvelines velodrome.