Ronan Grimes ends his Paracycling Track World Championship campaign with a new national record in the 1km time trial, smashing the record he set at the Paralympic Games. Chris Burns knocked a whole eight seconds off his PB as competition concluded for Richael Timothy and tamdem duo Damien Vereker and Marcin Mizgajski.

In his final event of the championships, Ronan Grimes stormed to a fifth-place finish in the final of the MC4 1km time trial this evening. Grimes who won silver in the individual pursuit on Thursday, set the fifth quickest time in qualifying earlier today producing an impressive time of 1:09.252 just two tenths of a second off the national record.

In the final Grimes went even quicker setting a new national record, breaking his record by nearly half a second and for the first time dipping below 1:09. His time of 1:08.666 was enough to secure him with fifth place in the event, putting him in fourth place in the omnium after four events, just two points behind the bronze medallist.

Speaking after the event Grimes said:

“It’s taken me years to get to this 1:08 level today, I’m delighted to finish on a high.
“I’m delighted to have gotten the medal in the pursuit. I think maybe if I had raced a conservative scratch race, I might’ve come away with a result in the omnium but I’m actually happy to have gone out to try win that race” Grimes added. 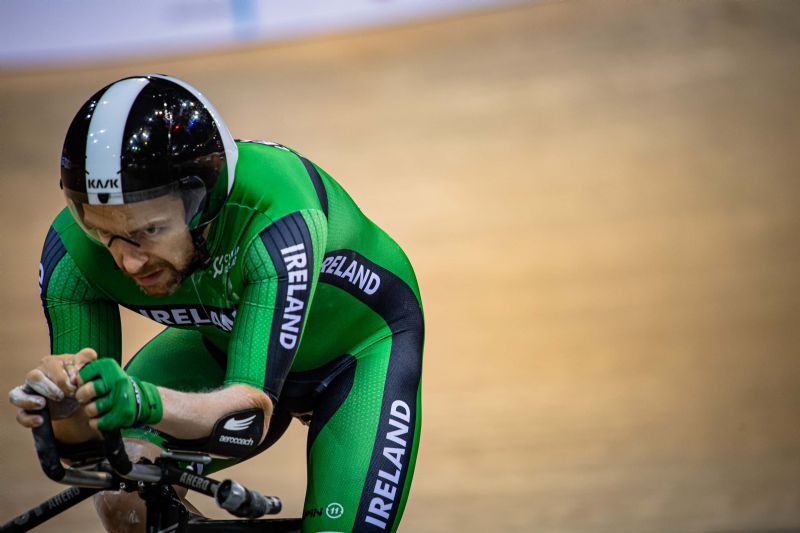 Chris Burns smashed his PB in the MC2 3km individual pursuit by a massive eight seconds earlier today. The Banbridge native has been on flying form this week, producing PB’s in each of his events.

Burns covered the 3000 metres in 3:50.661, going a whole eight seconds quicker than his previous best time. He finished in 9th place and still maintains a top five position in the omnium which ranks riders based on four events: flying 200, individual pursuit, 500m/kilo time trial and scratch race. With one event remaining – the scratch race tomorrow, Burns is tied in fifth place in the omnium. 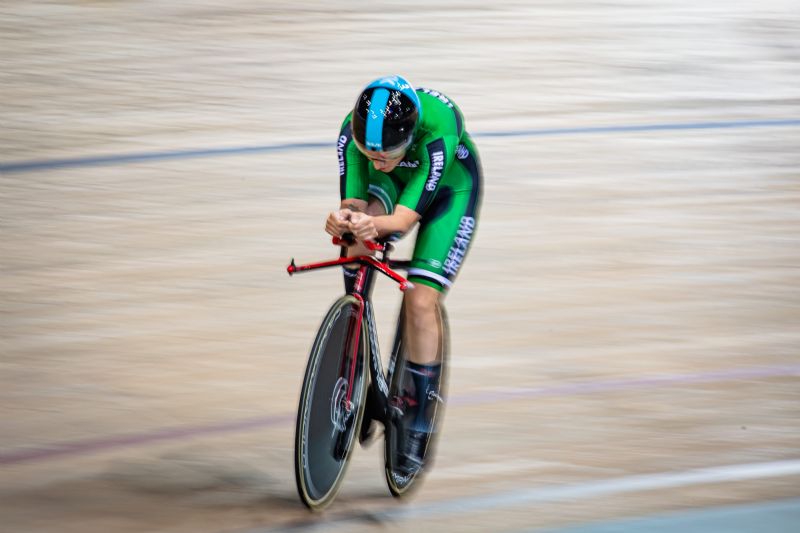 Richael Timothy concluded her Paracycling Track World Championship campaign this morning finishing in 6th place in the WC3 individual pursuit covering the 3000m distance in a time of 4:15.816.

Timothy comes away with two national records in the flying 200m and 500m time trial events and two fourth place finishes in the scratch race and omnium.

“I think it went well overall, I obviously got two fourth places so it’s a little bit hard to take I suppose but at the same time I have progressed since last year or the year before so I’m happy enough with that.
“It’s really good to get to be here before (the Paralympics) but as well for me and the athletes that were beating me by a lot just to get closer, I’m working towards and hopefully next year I can get closer again.” Timothy said.

Getting an opportunity to race in the same velodrome that will be used for the 2024 Paralympic Games and seeing the progress that has been made since last year have been the highlights for Timothy.

“Getting to compete here before the Games has been really good and I think overall just to get a few pb’s and to know that I am faster than I was last year is really good” Timothy added. 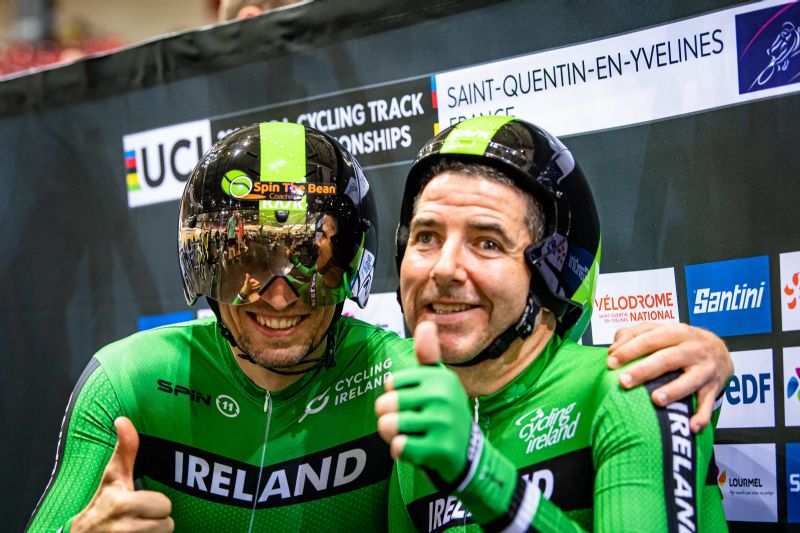 Damien Vereker and Marcin Mizgajski set a new competition PB in the tandem individual pursuit to finish in eighth place earlier today. Their time of 4:21.153 was a new PB for them, improving massively on the time they set the last occassion they competed together at the Paracycling Track World Championships in 2020.

The pair had a mechanical as they came out of the start gate which meant they could restart their effort. The second time around the pair got off to a flying start and achieved their goal of setting a new PB.

Vereker was delighted to be back competing on the track.

“There’s a great atmosphere at the track, I love just the feeling of the intensity of the track when you’re on the boards, feeling the speed. Myself and Marcin have developed a kind of non-verbal communication through the pedals so it’s just great you know when to push together and everything, so yah it was really good” Vereker said.

“It’s one of our favourite things to do, the track, it’s so predictable” Mizgajski added.

“Like Damien said, we’ve developed this non-verbal communication, we know when to push harder if we have to push harder and today, I think we rode six seconds faster than we rode in Milton. That definitely is our pb today.”

Speaking about their goals for today, Mizgajski said:

“We didn’t expect that the other tandem, the British tandem would not catch us, we thought they would catch us because on paper they are a way better tandem, but the fact that we were able to hold them for the whole race was great.”

On Sunday, Ireland conclude their Paracycling Track World Championships where Martin Gordon and his pilot Eoin Mullen will contest the sprint while Chris Burns will compete in the scratch race.