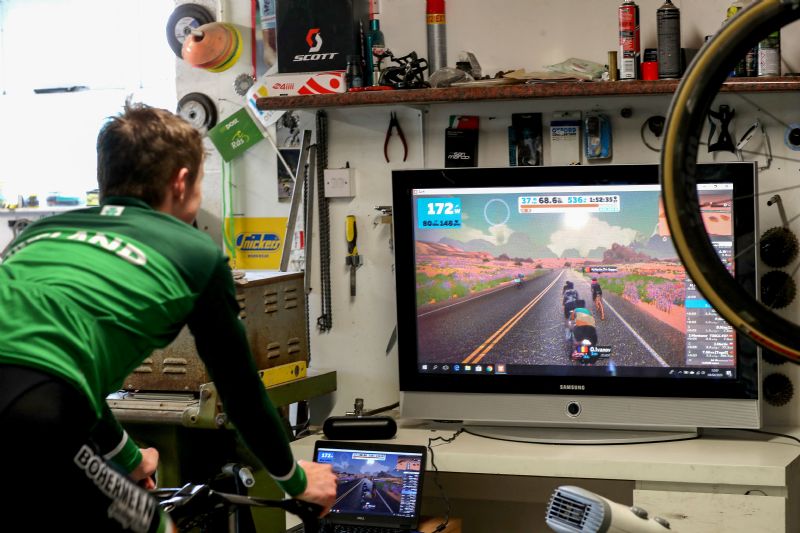 The 2022 Cycling Ireland eRacing National Championships will be live streamed on Saturday, 15th January in partnership with the Irish Independent.

A total of 15 riders will take part in the in-person final having secured qualification back in mid-December. Imogen Cotter has relocated to Girona and will be unable to attend the in-person event leaving the women's category wide open. Glenn Kinning is out due to injury meaning first reserve Ruairí Woods gets the call up.

The Irish Independent most recently supported Cycling Ireland's live coverage of the Cyclocross National Championships and will once again show live coverage on independent.ie and across social media.

The National Champions will be decided on the New York, Astoria Line 8 course, a total distance of 34.5 kilometres and 423 metres of elevation.