Bronze Medal for Ireland at the European Track Championships

National Record falls on day two of the competition 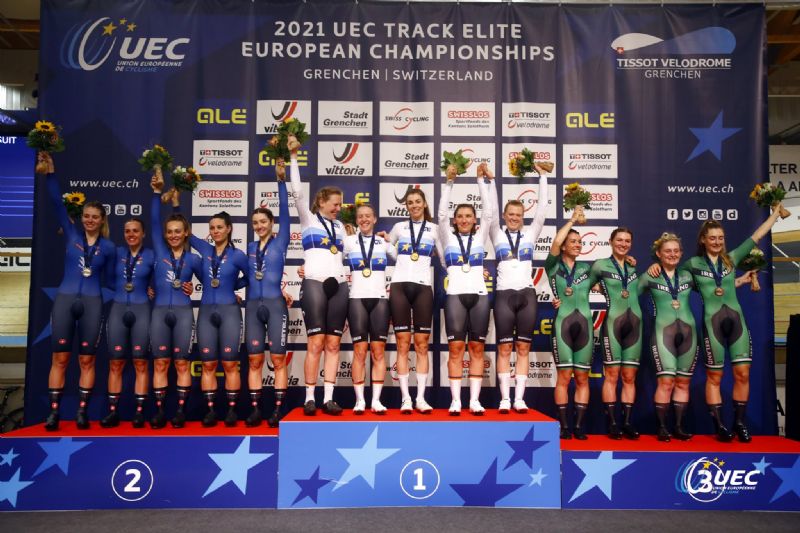 The quartet of Kelly Murphy, Emily Kay, Mia Griffin and Alice Sharpe have shown great consistency throughout the competition to take a dominant victory over Great Britain in the final. Ireland’s time of 4:21.262 was nearly four seconds quicker than their opponents who covered the 4,000 metre distance in 4:24.904. 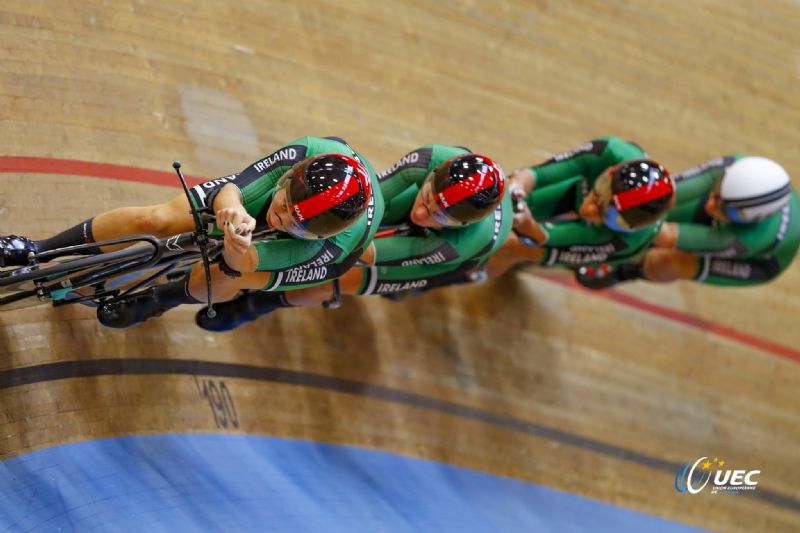 JB Murphy was also in action today in the final of the Points Race. The young rider put in a brilliant performance, gaining a lap solo during the race and was part of a group that took another lap to finish with a total of 43 points putting him in 5th place. French rider, Benjamin Thomas claimed the gold medal with 81 points ahead of Luri Leitao of Portugal on 61 points and Vlas Shichkin of Russia on 57 points.

The competition continues tomorrow for Team Ireland where Emily Kay will compete in the four event Omnium. Kay was in great form in the Olympic Omnium before a crash derailed her hopes of a top finish.

Live coverage begins at 17:00 each evening on Eurosport.