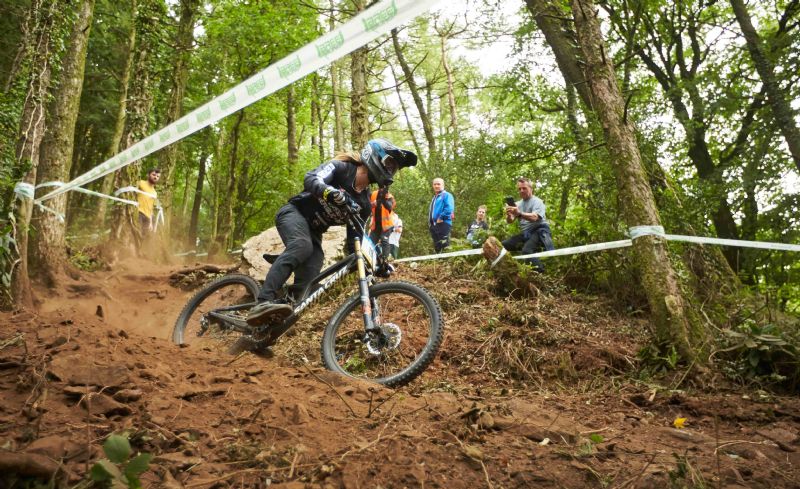 For the second time this season Bree MTB Club hosted a major Downhill event after stepping up at short notice due to the Killarney track suffering a wash-out after heavy rainfall last month.

The crew in Bree created a brand-new track for Round 2 of the National Series, and after the recent dry weather riders were treated to loose, dusty sections along with fast flow, and plenty of roots and rocks.

Saturday practice was the first opportunity for riders to familiarise themselves with the new terrain, and the fresh dirt didn’t disappoint. Seeding runs saw all competitors lay down their times ahead of racing on Sunday.

After much speculation about the weather during Saturday, there was no rain for race day and Sunday was another dry, dusty affair at the Wexford venue.

The morning practice session gave all riders an opportunity to hone their lines and test how hard they could push in their final race run in the afternoon.

As with the previous rounds of the DH competition, a large crowd assembled on the course and spectators enthusiastically encouraged each rider down against a backdrop of clanging pans, whirring sirens, and the revving of chainless chainsaw motors. 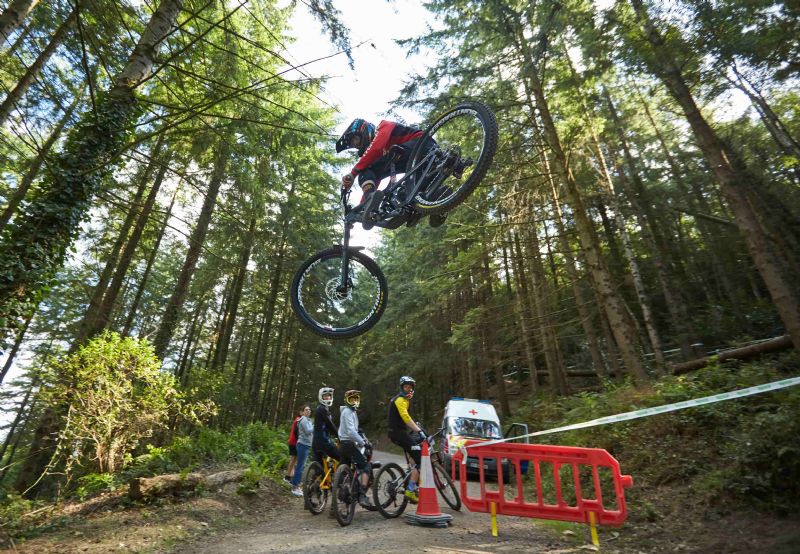 In the Elite categories, Leah Maunsell took the victory in the women’s race, ahead of Hannah Mullin and Jennifer Wark. Having missed out on the National title by the narrowest of margins weeks earlier, Maunsell was delighted to take the win in front of so many cheering supporters.

In the men’s race Matheus Neitzke followed his first place in the seeding run on Saturday with victory in the main race. The enigmatic Brazilian was delighted with his performance after leaving everything on the track. Anthony Dunne impressed with a second place almost five seconds back, and Peter Davison brought it home in third.

The third and final round of the Downhill National Series is set to take place in The GAP, Co. Dublin on 24th and 25th September 2022.