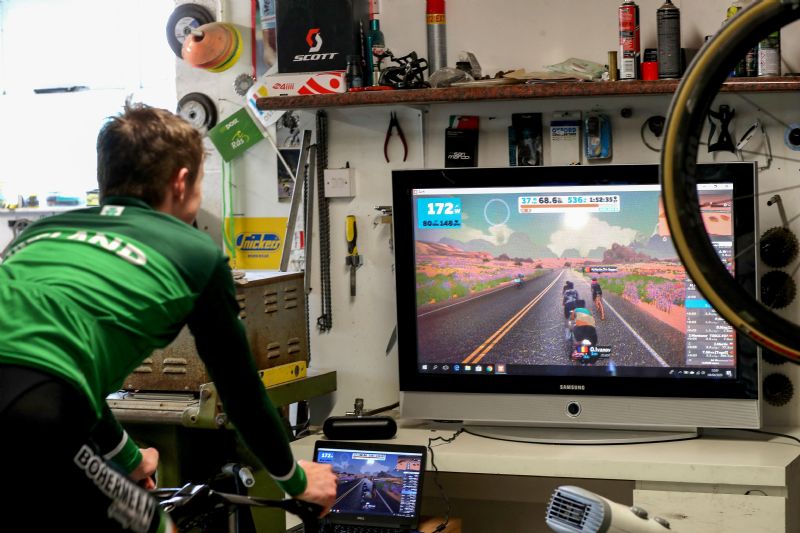 Cycling Ireland have confirmed their team for the 2023 UCI Cycling eSports World Championships on February 18th.

Four riders will represent Ireland in the senior men and women’s races, which will be ran on Zwift.

The 2023 UCI Cycling eSports World Championships will consist of three short and explosive events: The Punch, The Climb and The Podium, which will be contested on three separate routes for both men and women.

The final round of the 2022 Cycling Ireland eRacing Winter League on December 2nd was used as a consideration race for selection for the championships.

Chris Dawson, who is the current eRacing National Champion, and Richard Barry will once again represent Ireland in the men’s events after competing in the event in 2022, with both riders ranked number one and two in Ireland in the discipline respectively.

Linda Kelly, who also competes as a road cyclist and tandem pilot with the Irish Paracycling team, will represent Ireland in the women’s events.

She will be joined by Heather Foley, a former Team Ireland rider who has focused on Zwift and triathlon racing in recent seasons.

"We're delighted to bring a strong team to the UCI Cycling eSports World Championships next month. The new format will make for exciting racing throughout and we're confident that the riders selected can be competitive at this high level. Chris Dawson and Richard Barry are the highest ranked male riders in Ireland. Linda Kelly has performed strongly on the road in recent seasons and her online races confirmed the qualities necessary for the Zwift platform while Heather Foley has a proven track record in virtual races in recent years."