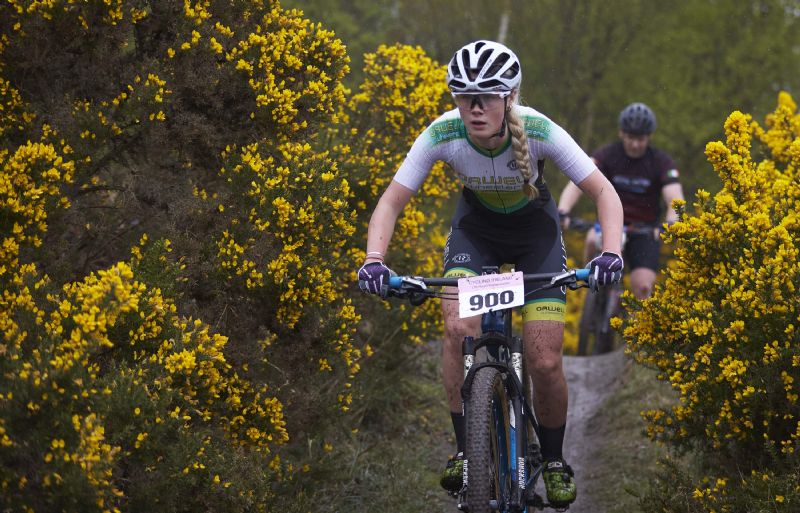 Orwell Wheelers rider Caoimhe May on her way to victory at Round One of the 2022 XC National Series in Newtownards, Co. Down. (Photo: Atom Creates)

Riders from all over Ireland, ranging in age from 6 to 60 plus, converged on Newtownards, Co. Down on Saturday 30th April for Round One of the Cycling Ireland XC National Series hosted by Ards Cycling Club.

The venue featured a perfect mix of courses to suit each age group, with the youngest riders out first and Ruby Miller and Elijah McClintock taking the win in the Under 8 categories.

As the morning progressed the rain gradually increased too, with the technical sections becoming greasier and the riders having to use both skill and endurance to lay down competitive times.

The younger categories witnessed some determined racing with Greta Lawless putting in a particularly commanding ride to win the women's Under 16 by nine seconds. 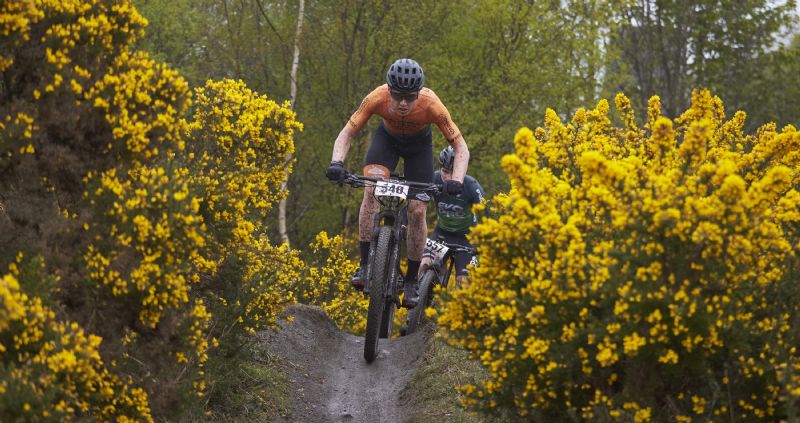 Darnell Moore took the win by just four seconds at Round One of the 2022 XC National Series in Newtownards, Co. Down. (Photo: Atom Creates)

After lunch the senior and junior riders took on a now saturated course with the elements putting everyone through their paces.

All eyes then focused on who would win the Junior and Senior 1 men’s and women’s races. Travis Harkness took a close win in the Juniors, Caoimhe May edged the women’s race in a time of 1:23:24, and in the men’s race Darnell Moore fought a back and forth battle with Gareth McKee to ultimately win by just four seconds after ten laps of racing in a time of 1:41:33.

It was a tough day for racers and volunteers alike, and everyone ended the day having given their all.

Round Two of the XC National Series will take place in Killarney on the 22nd May.

All results can be found here