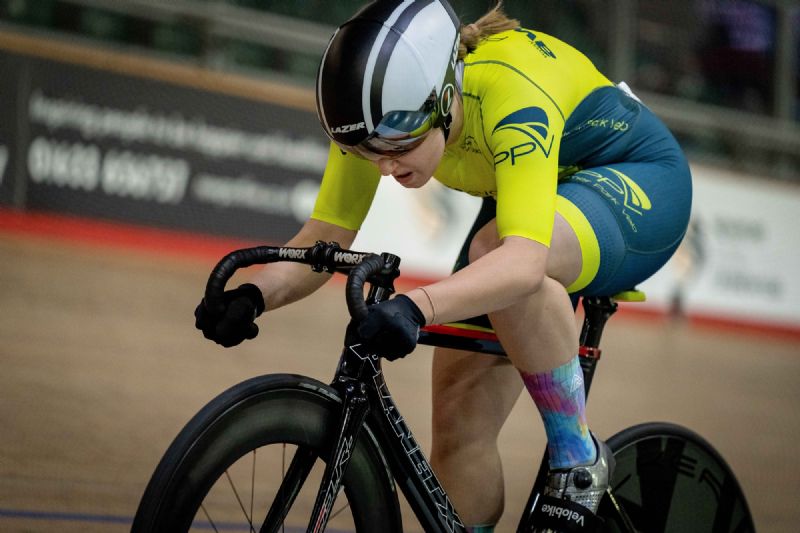 Dickson set a time of 12.748 seconds in the Blackline Open Track Meet in Newport, Wales on October 16th.

The Palmer Park Velo Club rider’s time beats the previous record of 13.165 set by Autumn Collins at the 2015 European Junior Championships in Athens.

Dickson was competing in her first event under Irish UCI registration in what is her first year as a junior. She took up track cycling in 2019 after previously focusing on athletics.

“It's amazing to see my name alongside cyclists I've watched on TV, or at the velodrome. Track sprint is a specialist event. If you want to do well in it, you need to focus on it, and that's what I've been doing for a few years now.”

“It's an exciting time for Irish track cycling, especially on the women's side. Orla Walsh is showing that Irish female sprinters can be competitive at international level, and I hope I can learn from her achievements as my own career develops.”