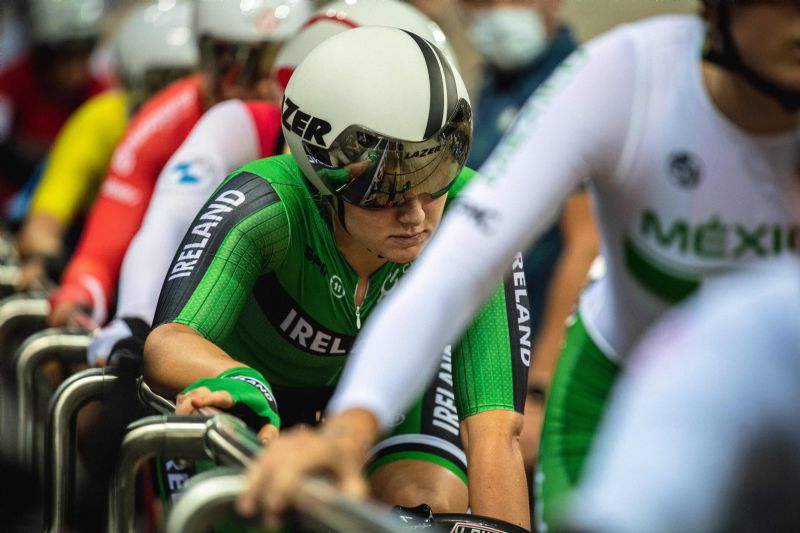 Emily Kay believes her 12th place finish in the Women’ Omnium on Friday at the Track World Championships can be a ‘stepping stone in the right direction’.

The Irish rider took on a world class field with her 4th place finish in the Tempo Race the highlight of day three in Paris.

And Kay finished 17th in the Scratch Race to start her day as she looked to gain some points in the Tempo Race later in the afternoon.

Kay managed to join a select group of five riders that distanced the main bunch after less than ten laps, winning two sprints as the group lapped the rest to gain 20 points each and finish with 22 points.

Heading into the Elimination Race, Kay sat on 42 points and eighth place in the standings – 30 points from the early leader.

The Irish rider impressed again with a 10th place showing in the Elimination Race to leave her in 9th in the standings heading into the deciding Points Race.

Kay rode well in a high-paced Points Race but was unable to get into a break from the bunch and earn lap points and finished 12th overall.

“The day had some good bits and some bad bits. I had a frustrating Scratch (race), I nearly got taken out of it in the last lap. I took a lap on the Tempo, 10th in the Elimination and then just a really hot Points Race."

“I think I’m happy (with where I am). Off the back of the Olympics last year, I had a bit of a difficult time so I’m still finding back up. It’s a good marker, I don’t think that I’m too far off being competitive so it’s a stepping stone in the right direction.”

On Saturday, Ireland conclude their World Championships in a busy day of racing – kicking off with Orla Walsh in the Women’s 500m TT Qualifying at 11 am.

Kelly Murphy will be on the track for the Women’s Individual Pursuit Qualifying at 1.21 pm while Mia Griffin and Alice Sharpe race in the Women’s Madison at 5.10 pm.

More information on this week’s schedule can be found here.

You can follow all the latest updates on the Cycling Ireland social media channels.