Marc Potts is not short of confidence heading into the World Track Cycling Championships; “my hopes are to get a medal. I’m going there with the intention to win it,” he said.

Marc will be competing in the scratch race in Apeldoorn, the Netherlands this Thursday, and after bursting onto the elite track scene with a fourth place finish in the European Championships last year, he feels now is a great opportunity to get a medal.

“I was pretty inexperienced in that race to be honest. I should have really got a medal in it. It wasn’t really my shape that let me down, it was more inexperience and not knowing what to do when I was in the position I was in. I had never been in that scenario before and the lack of experience let me down… if I’m in that situation again I’ll know how to race it, and hopefully it will be a different,” he said.

The Beragh man’s first taste of cycling was actually downhill mountain biking, but he got into road racing when Omagh native Stephen McKenna pushed him into the discipline whilst Marc was working in a bike shop.

“I thought it was good fun but I was reluctant to shave a leg or anything like that that comes with road cycling,” he joked discussing his early days on the road.

He balanced his racing with his studies whilst in college, but after getting his degree in quantity surveying he decided to devote all his time to cycling, riding for a while in Belgium.

Marc emphasised how important he felt it was for him to complete his degree as it has allowed him to enjoy his cycling.

“Some people leave school and they go into cycling full time. They think they have to make it and then they crack up, whereas I never had that because I can go back and get what you call a normal job anytime I want. I think that has helped me keep relaxed and not get too stressed about the races we’re doing,” he said.

Marc’s story on the track began two and a half years ago when the Tyrone man sent an email stating his desire to try track. A year later he got a response, and since then he hasn’t looked back.

The excitement inherent in track racing appealed to the 26-year-old from the start, and he also thinks the style of racing suited him.

“There’s a danger to it as well that makes it exciting, you come off the track and you’re buzzing. There’s a lot going on and you have to think really fast. The general efforts of it suit the genetics I have being punchy as well.,” he commented.

The current National Criterium Champion also thinks his crit racing background has benefited him in the velodrome; “it’s the same sort of effort, it’s punchy and short recovery. That’s why they go hand in hand, you could be a crit rider and a track rider, and it would work really well”.

Indeed it was criterium races that filled up most of schedule during his period in Belgium. Following his sojourn in the Benelux, he joined the UK based team Neon Velo where he raced for the past two years.

However, Neon Velos, like so many other cycling teams, have now folded. The volatile nature of these teams is one of the features of cycling that exasperates Marc the most.

“It’s the biggest problem cycling has. You have no guarantees. You’re one contract to the next, and unless you sign a two year contract, you can’t really relax for too long. It really annoys me about cycling because there can be a team full of average riders, and there can be a load of guys who just don’t have a team for the year so they’re not getting to show what they have,” he stated.

Marc continued; “it annoys me because you see young guys who are really talented and they’ll do one year racing, then their team folds and they quit. It’s a waste of talent, but it’s just the way it is… It’s the same thing when you to get money from the sports council each year and you have to hit certain targets. It’s always year to year”.

“It’s almost like you have to keep proving that you deserve the money,” he explained.

Much of Potts’ preparation for the World’s this week was done with the rest of the Irish training cohort in Mallorca.

Two of his training partners are Felix English and Mark Downey, and they both helped spur Marc on in training; “we push each other on and we learn from each other too, like learn how to listen to your body and learn what works and doesn’t work for you”.

Riders from several other countries also have been training in Mallorca, and Marc believes he has improved his confidence by training with them.

“You’re training with guys who have won medals before and you’re able to train with them each day. Maybe one day you’re faster than them and then they’re faster than you. You know there’s no reason you can’t win and that you’re on the same level” he said.

His success in racing at World Cups and the Europeans has also boosted his morale; “it genuinely changes you into a different rider, before that I would have not been so confident and then after that race (the Europeans) I was like ‘no, I deserve to be here, I deserve to be racing hard and trying to get medals in these events’,”.

“I think he’s the best asset Cycling Ireland ever got. He knows exactly what to do, his coaching is the best coaching I’ve ever had,” said the National Criterium Champion glowingly.

He continued; “the biggest thing is that he’s got a massive amount of respect from Mark, Felix and I. We respect him so much because we know what he has done”.

Marc was equally complementary about David as person outside the velodrome calling him “an extremely nice guy” who will “do anything to help make your life easier”, but it is his tactical nous and experience that sets him apart as a coach.

“In racing his tactics are brilliant. If you can go to a race, and do what he says in the race when he gives you the tactics, you’ll win. There’s no doubt about that… it’s almost like a video game for him. He’s telling you what to do, when to attack, when to rest and when to commit, because he can see the whole race,” Marc revealed.

After the scratch race at the Worlds, Marc will go to the Commonwealth Games where he will race on the road as well as the track. Despite this, he explicitly stated that apart from perhaps winning a couple Rás Tailteann stages and becoming National Champion, he has few goals in road racing. His main aspirations are on the track.

In particular, Potts said he thinks his future in the long term may lie in the Madison or the omnium, as he hopes to reach the 2020 Tokyo Olympics; “if I didn’t want to go to the Olympics I wouldn’t be here now. That’s why I’m here in Mallorca now, and that’s my life now cycling to try and get there”.

First though, there’s a World title to try and win. 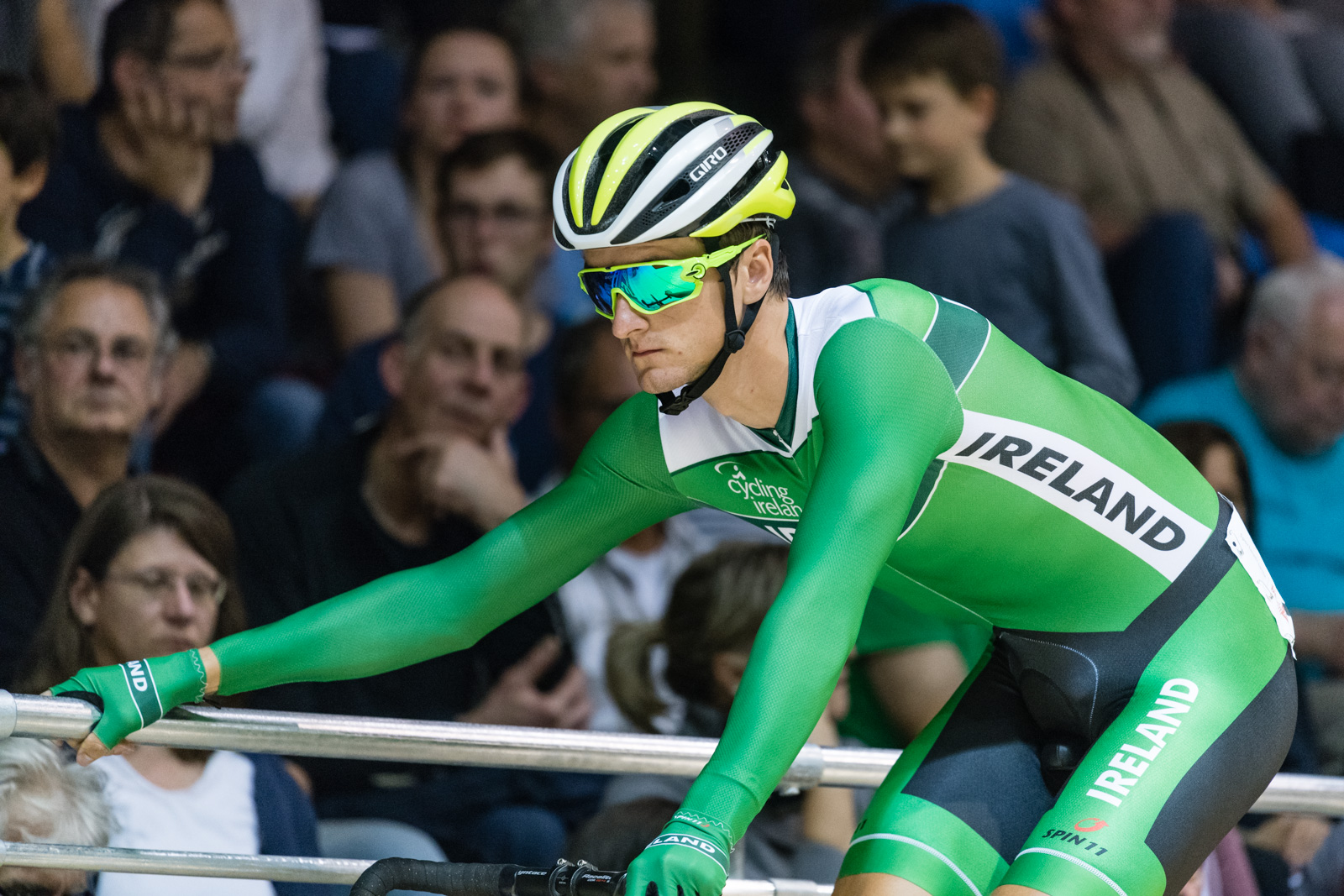