Summary
Felix English is a no stranger to success both on the road and on the track. Though the 24 year old was born in Brighton, he has an Irish heart, with Dublin blood pumping through it. He has had success in both junior and senior levels, winning five British national titles as a junior, before pledging his loyalty to the green jersey. He has also set an Irish Junior record in 2010 during a track meeting in Apeldoorn. But it is his astonishing victory over Olympic Gold Medallist Sir Chris Hoy at the 2010 UEC European Track Championships that many people will remember the young man for.


Biography Felix developed his love of cycling at a very young age from his father. Like most kids at that age, he was interested in many sports including football, athletics, and swimming. But it was his love of cycling that would endure, turning from a simple hobby, to the essence of his livelihood. Both of Felix’s parents are from Dublin, but moved over to England to find work before Felix was born.

When Felix began to cycle he initially competed for British Cycling but had always considered declaring for Ireland, and it was something he finally did when he came out of the British Cycling system as a junior, and he hasn’t looked back since. Like many amateur athletes, Felix can struggle sometimes to cope with the commitment required, but despite these concerns, he always musters up the grit and determination to find the motivation when it comes to the important stuff. He doesn’t mind the vast amount of travel that comes with competing in European and World championships either! 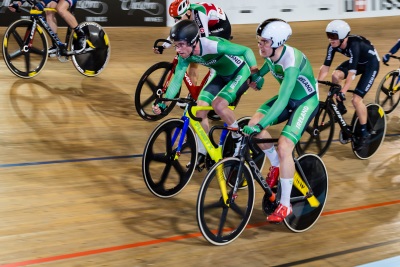 English has had a remarkable season, and has been unlucky to fall just short of the medals on some occasions. He finished his season off with several fourth place finishes, topped off by silver and gold medal at the last two world cups. He admits that he has made coming fourth in races and competitions a bit too much of a habit, but he is determined to buck this trend.


He has been the strongest racer in many of his races, but small errors and mistakes can sometimes cost even the best of athletes. He has gotten his well-deserved dues though, medalling in the last two world cups. He now knows he has the ability bring medals back home from tournaments, but his sole ambition heading into tournaments is still always to finish on the top step of the podium.


Despite all these successes, there is one result in particular that catches most people’s attention. English’s remarkable victory over Chris Hoy in 2010 catapulted the young cyclist into national and international sporting headlines. It’s not every day you defeat a five time Olympic gold medallist! Felix is surprised people still remember it, but is always happy to hear this victory being brought up once again! He acknowledges that the public reaction was phenomenal. It’s not often in your career that you get to not only compete against probably the biggest name in track cycling, but to beat him in a head to head race. Felix likes to be modest about the whole event, putting it down to a mistake by Hoy. Despite his mistake, he still had to beat him, and that’s no easy feat.

There are many successes and career highlights that English likes to look back on; such as becoming the Irish National Criterium Champion in 2012, the same year he started to ride for the Irish national Team. The next year, English established himself as one of the leading criterium riders in the UK and Ireland - taking victories in the British Elite Circuit Series and The Milk Race. In 2014, he began to show his potential on the world stage taking second in the first round of the Mitchelton Bay Criteriums in Australia, and winning the overall sprinters jersey. He then went on to the heavily contested Jayco Herald Sun Tour where he took fourth place in the opening prologue - picking up the young rider leaders jersey - and taking third place in the bunch sprint on stage 3. 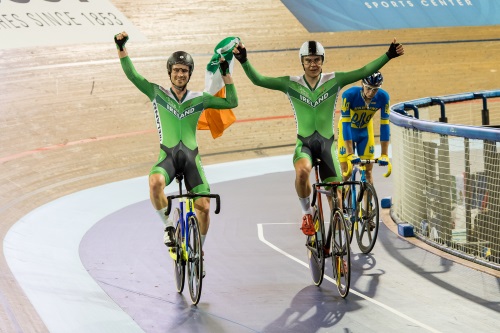 Despite all these hard earned successes, he still considers the World Cup medals to be the highlight of his career so far, with more successes surely just around the corner. Felix likes to use social media like Facebook, Twitter, and Instagram; mainly for his personal enjoyment. He enjoys reminiscing on the things he’s done, the achievements he’s won, and the places he’s been.

However, now after setting up and establishing his own team TrackProject.ie, he’s found that social media is a great opportunity to promote both himself and the team. He decided to found the team with his training partner, Fintan Ryan, after they both wanted to give themselves both more time to race the track through the summer. Track cycling is something that they are both very passionate about. Felix also relished the opportunity of a new challenge. He acknowledges that you get very single minded just racing and training, so having something new and different to look forward to doing was nice for a change. He also acknowledges that it was more time consuming than he had originally planned!


Felix’s daily routine before a race usually involves a pretty hard ride in the morning followed by a day in bed to help rest and recuperate before the big event. He likes to forget about the race and just relax until it's time to warm up. In the short term, Felix has his eyes firmly set on winning the World Championships which are coming up in Hong Kong.


After that, Felix is looking three years into the future. He will swiftly turn all of his focus into qualifying for the Omnium and the Madison events for the 2020 Summer Olympics taking place in Tokyo. With all of his successes both on a national and international scale, make sure to remember his name. Great things are just around the corner. As he says himself, his main goal is just to survive all of the celebrations if (and when) they come!