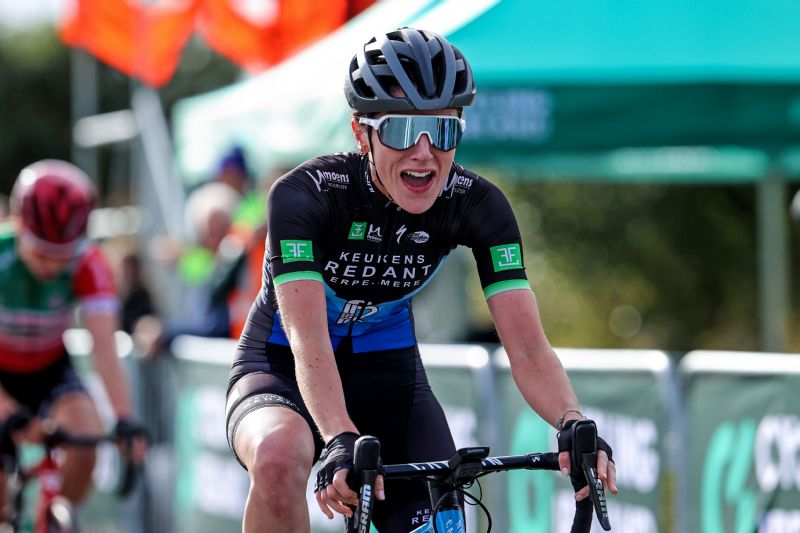 “I had a bad year with racing and it’s only the last six weeks or eight weeks that it’s picked up for me and I was, I was just coming into this just focused, so focused on it. I just wanted it so badly.”

The initial stages of the Women’s Road Race were a cagey affair as the bunch conserved energy for the more mountainous second half to come. Once onto final two hilly laps the racing really kicked off with Maeve Gallaher pushing hard on the first meaningful drag of the day. The effort saw the bunch almost halve as riders couldn’t live with the pace. 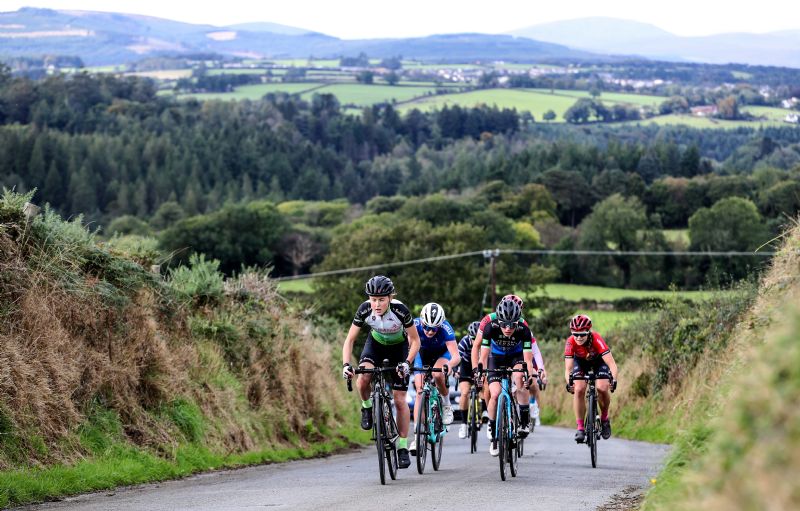 Cotter was expecting fireworks on the hills;

“I knew it would, the first four laps, the small laps I was thinking oh god I like hard racing, so I was thinking I wanted to go and then the first time it when up the climb, the longer climb I was feeling kind of bad.”

“I had that really long ride I did in Girona last week, like a 350-kilometer race last Saturday and I was thinking oh my god, maybe I’m not recovered, maybe I shouldn’t have raced.”

But Cotter had the legs to survive to the end and used positive self-talk to help her to victory.

“I just went for it, and I was thinking, in that moment where I was sprinting, I was just telling myself how much I wanted it, and I got it.”

Earlier in the junior men’s road race Darren Rafferty of Villeneuve Cycliste put on a dominant display adding to the Time Trial jersey he won on Thursday. Rafferty was among a small group to bridged up to the early leader Somhairle Owens Fisher at the 40-kilometer mark forming a breakaway of six riders which included Dean Harvey, Ruairi Byrne, Jamie Meehan and Samuel Moloney. 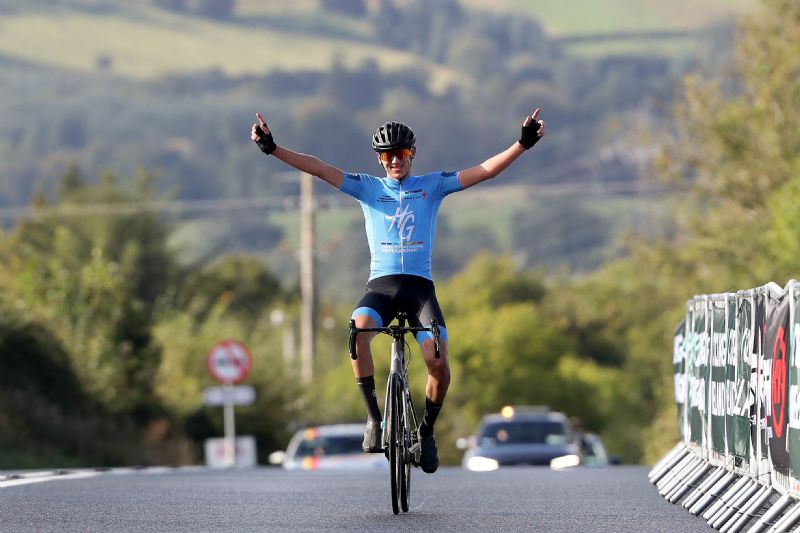 As the race wore on and the 1,369 meters of elevation gain took its toll Rafferty and Dean pulled clear. With 30 of the 96-kilometers remaining, Rafferty made the decisive move on one of the many climbs and rode solo for victory.

“The first 20k or so in the group was fairly easy on the short course and then as soon as I hit the first climb, I just tried to make it as hard as possible, and then from there on the last 75k were pretty much full gas.” Rafferty said at the finish line.