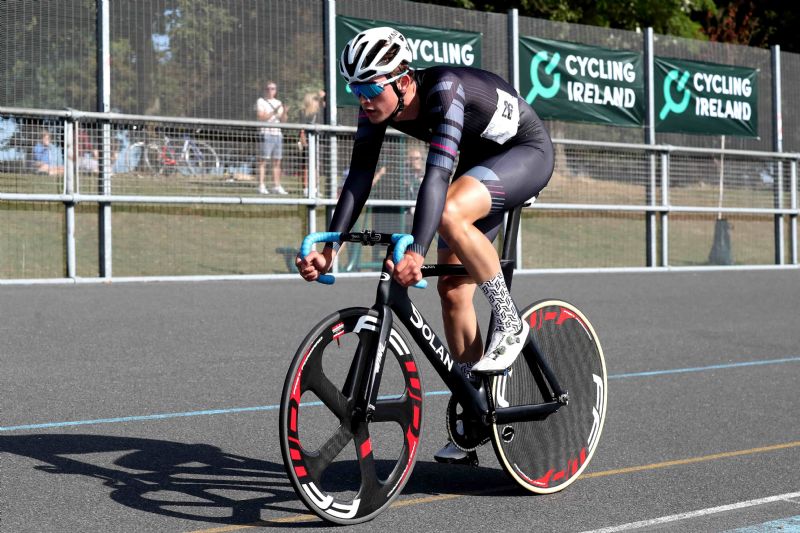 Fresh from the European Championships, Orla Walsh (Nopinz Motip Race Team) knocked over one tenth off the 500-metre time trial record at the Track National Championships today which is being run alongside the Dublin Track International, a UCI Class 2 (C2) event.

Walsh set a time of 36.13 beating the record she set at last year's national championships (36.228), retaining the national title. Deirbhle Ivory of UCD Cycling Club set the next fastest time, 38.41 with Orla Mary Harrison from Arcane Cycling Team claiming the bronze medal with a time of 39.88.

"That was a fun ride, it's a lovely day as well so that helps. I messed up my start a little bit. It's funny I always pick out the things I've done incorrectly for next time but overall I'm happy with the pb time and national record so it was good.”

In the men’s C2 Omnium, in the final points race, Wade managed to bump himself up three places in the standings to win the overall Omnium on 157 points ahead of Anders Fynbo (DEN) of Spellman Dublin Port Cycling Team on 144 points with Fynbo’s teammate, Stefan Caulfield- Dreier claiming the bronze on 138 points. 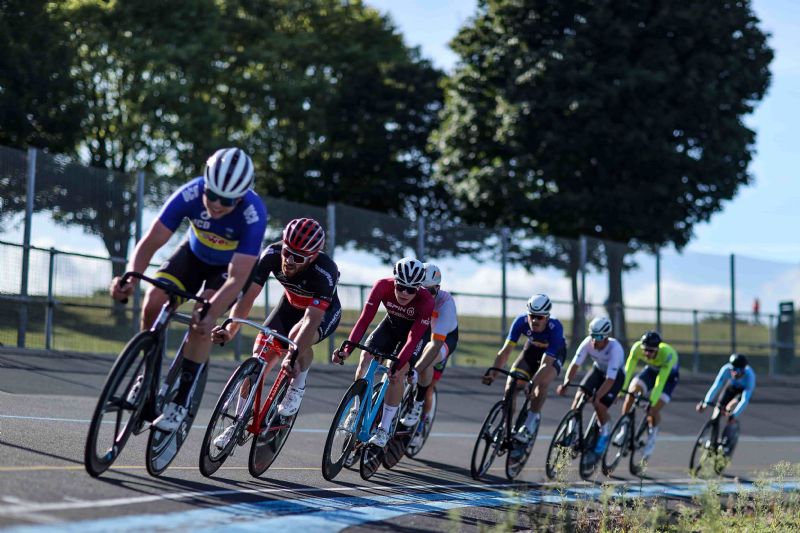 Kay commented after the race:

“I’m really happy. It’s nice to come back to a home track and race here and to get a win”.

“The level at Europeans was so high that I gained a lot of experience and fitness so I felt good today,” Kay added.

Harvey Barnes (Spellman Dublin Port Cycling Team) went on to retain the national title in the kilo time trial by the narrowest of margins. His time of 1:07.565 was enough to see off Eoin Mullen’s (Black Line) time of 1:07.604. Aaron Wade rounded off the podium to claim his third medal of the day with a time of 1:10.047.

Barnes was delighted to retain the national title.

“I’m feeling very good. The track was a bit windier than last year; the times were a bit slower than last year, but it felt good. I’m looking forward to the sprint tomorrow.

Speaking about his training leading into the National Championships, Barnes said:

“ It hasn’t been as good as previous years. I finished my education in May so I started full time work in the second half of May so I’ve been working in an engineering company for the last couple of months, so training has sort of been a lot less than it probably should’ve been in previous years, but I’ve been doing enough to keep the fitness up anyways so I’m happy enough at the minute.”

Results from all the races today can be found below.