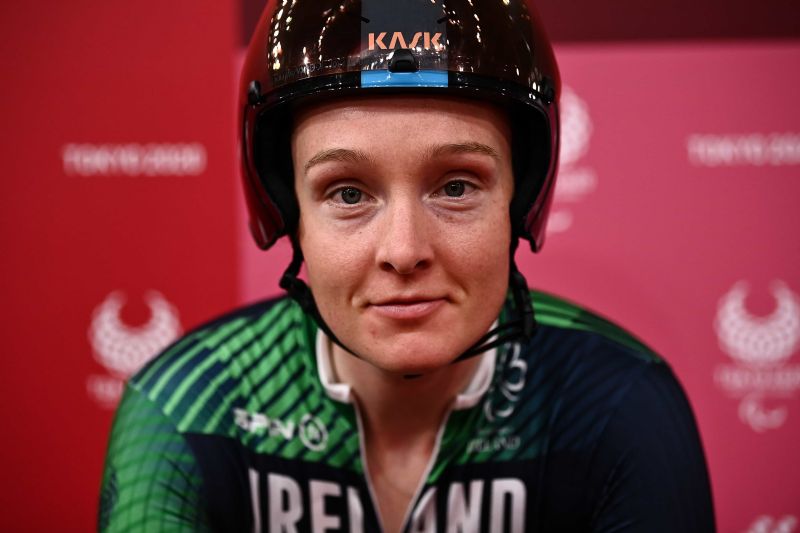 The times keep tumbling for Irish cyclists in the velodrome as Richael Timothy set a new personal best in her C1-C3 500m time trial event today.

The Roscommon rider, has been using the track to build racing pace for the road, her main focus event.

The race itself was a powerful display of dominance by Amanda Reid of Australia and Alyda Norbuis of the Netherlands.

The speed of the track and the extraordinary level of form of the athletes has been commented on here for the last few days and it made for some dazzling displays in the 500m TT this morning as world records and Paralympic records repeatedly tumbled.

Chinese rider Wangwei Qian was the first to dip inside the world record level with 38.070. Richael took to the track soon after and set 42.485, a new personal best.

Amanda Reid of Australia came out next and consistently took time off of Qian and was in advance of two seconds at the finish with a time of 35.581 – a new world record.

Just a few minutes later Dutch woman Alyda Norbruis was the last on the track and she travelled across the 500 metres in 36.057. Reid took the gold, Norbuis the silver and Qian third. 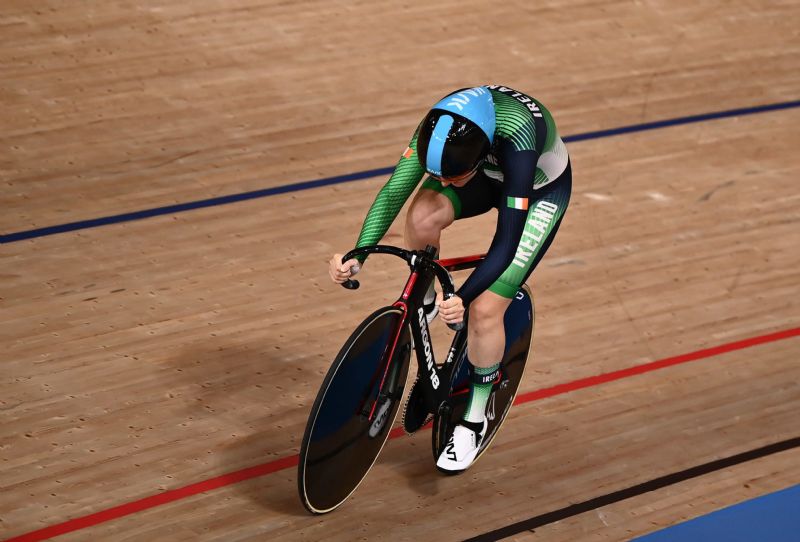 Richael, speaking to Cycling Ireland after the finish said her focus has been on the road and she is now shifting her concentration to her targets on the road.

“This is not a target event for me but it is another race under my belt. I did a PB, I couldn’t have gone any faster,” she said.

Richael said that she is happy to have achieved her track goals with personal bests here on the Izu Velodrome but now the focus shifts to the road race events.

“It is nice to get that over with and I can focus on the road now. It is nice to get a focus on the road race and I am looking forward to that. I get a run out in the time trial first and that will give me a good idea of the course and what to expect for the road race. We’re heading straight over to the road venue now to get familiarised with it and put the track behind us until next year. It is fairly twisty and rolling – I’m looking forward to getting out on it,” she added.

Richael said her performance and fitness numbers are all heading in the right direction and could be a sign of good things to come.

“Since I last did a road race in Portugal, my numbers are well up on what I have done there and previous World Championships. It isn’t a big field and other girls are moving up as well but the type of course it is means it will be about staying in the bunch for as long as I possibly can. That is the aim, find a girl I know who can keep going and stick on her,” she added.

Richael said that the track has been a “high pressure” environment for the athletes but her training at home on Irish roads has helped her to see potential.

“I’ve been out on the road, I know I’m ready for it. I am only three years in this sport, so there are girls in my category who have times that have stayed the same but I’m on an upwardly trajectory. I know that the Paralympics games are now but I think I have more years ahead of me. If I keep going up in fitness and times, then that is where I need to be for my competitions,” she added.

Richael spoke about her joy for Ellen Keane’s gold medal and how the victory has energised her teammates.

“We were all at dinner, watching it last night, it was the second 50 metres were unreal. It is a massive boost for the whole of the Irish team. As a cyclist, there are more to come. This is not going to be Ireland’s only medal that’s for sure. She has a massive role on the team, she is a massive face of Paralympics Ireland so for her to get a medal it gives confidence to us all looking on,” she concluded.