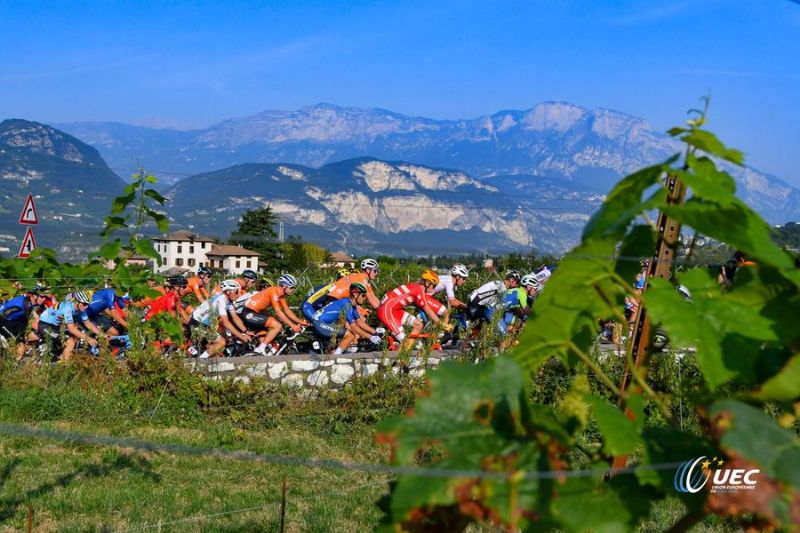 The final day of racing at the European Road got underway today with the Elite Men’s Road Race.

A gruelling 179.2 kilometre race faced the riders which included a testing 73 kilometre loop in the Valle dei Laghi which led the riders back to Piazza Duomo in Trento for a final 8 laps of the 13.2 kilometre circuit.

Sam Bennett, Ryan Mullen, Conn McDunphy and Matt Teggart were among a group of riders who were forced out of the race as they arrived back into Trento.

The Elite Men’s race, similar to all the road races at this year’s European Road Championships saw a huge rate of attrition. This was largely due to the circuit being short and riders being forced to withdraw from the race when they lost contact with the main bunch.

In what has been a “mental” race, as described by Conn McDunphy, only saw 31 riders out of 149 starters finish the race.

Sonny Colbrelli of Italy was crowned European Champion beating Remco Evenepoel of Belgium in a sprint for the finish. Benoit Cosnefroy of France claimed the bronze medal comfortably, 1:30 down.

Despite some obvious disappointment after the race today, there are a lot of positives to take from it. Full interviews with the riders are available below.

This has been a great opportunity for all of Team Ireland one which they will all be able to build on going forward.