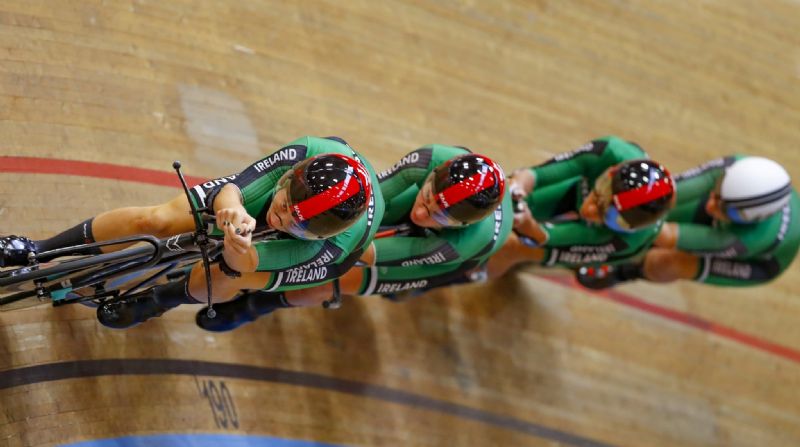 Fresh from their medal winning performance in Switzerland at the European Track Championships, the Women’s Team Pursuit squad will look to emulate their recent success on to the world stage with qualifications taking place on the opening day of the competition.

Olympian Emily Kay will be joined by Alice Sharpe to compete in the Madison. The pair will hope to build on their performance from the European Track Championships where they placed 13th. Qualifications for Madison will take place on Saturday, 23rd with the final taking place that evening.

Kelly Murphy and Mia Griffin will compete in the Individual Pursuit. Both riders performed well in the event at the European Track Championships placing 6th and 8th respectively and have previously medalled in the same event at the Track Nations Cup in St. Petersburg in July of this year. The qualifying round will also be held on Saturday, 23rd.

Watch the action live on Eurosport.