Ryan Mullen does the double at Road National Championships 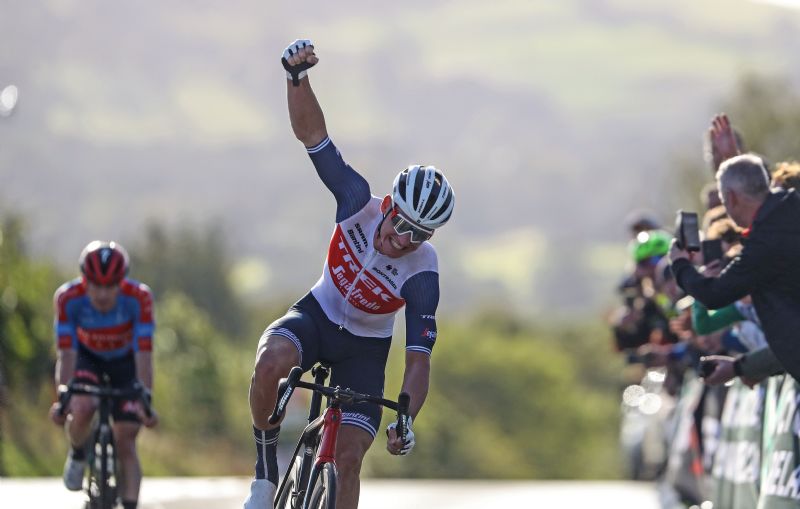 Ryan Mullen of Trek Segafredo won his eight senior Irish title in Co. Wicklow today and added to the Time Trial title he won on Thursday. The 27-year-old outsprinted domestic based Daire Feeley (All human/VeloRevolution Racing Team) who acquitted himself very well in esteemed company.

Conn Mc Dunphy of EvoPro Racing picked up the bronze medal 38 seconds in arrears. The U23 Race was won by John Buller of Amicle Cycliste Bisontine ahead of Liam Curley of Spellman-Dublin Port. George Peden (Team PB Performance) was third.

The 160-kilometer race featured 2,474 meters of elevation and proved to be a thrilling encounter as the large field was thinned down with each attack. After 60-kilometers of racing a group of seven had formed at the head of the race including Nicolas Roche, Eddie Dunbar, Rory Townsend, Conn McDunphy, Matthew Taggart, Liam Curley and last year’s champion Ben Healy. 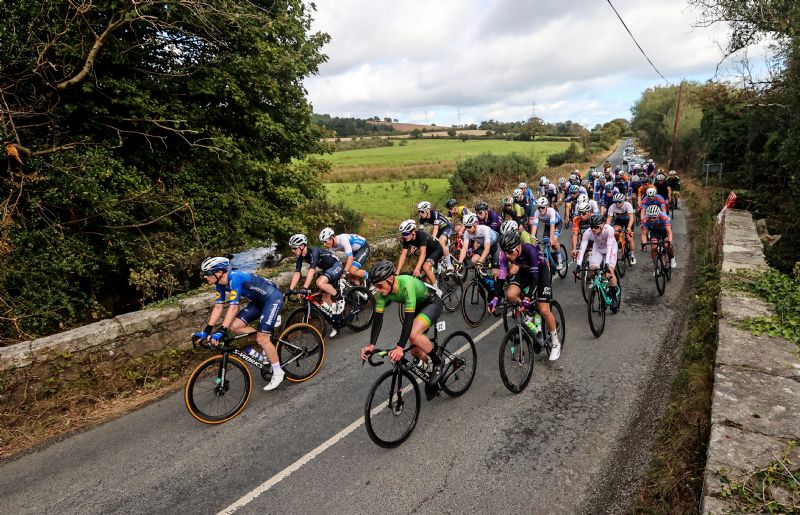 Eddie Dunbar and Nicolas Roche lifted the pace once more on the Kilmacurragh climb with 94-kilometers to ride and pulled clear of the lead group. They looked to be away, extending the gap to 45-seconds until Dunbar crashed out of a greasy bend. The Cork man remounted his bike and slotted into chase group one. 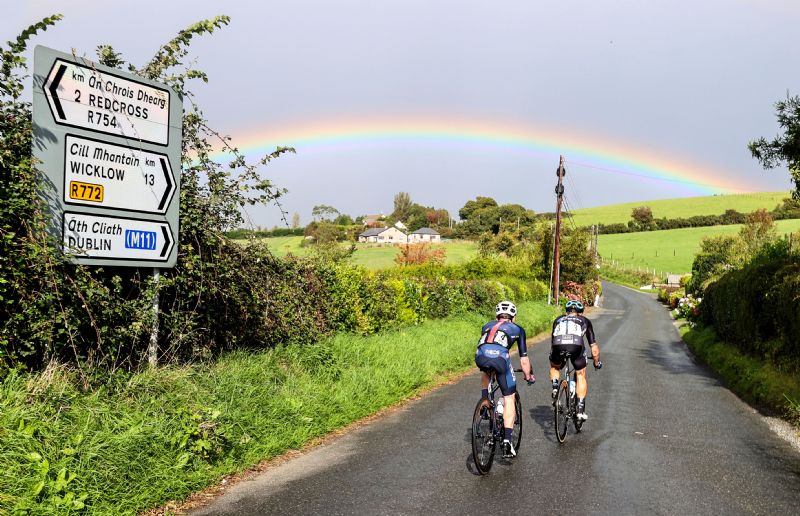 Ryan Mullen and Daire Feeley were in the second chase group but fought their way back to the front of the race. From there the attacks kept coming until eventually there were six – Roche, McGlinchey, Feeley, Mullen, McDunphy and Taggart.

Onto the final lap with 22-kilometers remaining Mullen and Feeley made the decisive move and Mullen backed his sprint to bring home the Irish Champions jersey once more.

“No one saw that coming, did they? I didn’t.” Mullen joked at the finish.

“The first lap there was a selection made at the top of the first climb. I personally didn’t think it would go that early, but it did, and that was all cards on the table to not get spat out the back.”

“It was just a wearing down process the whole time, that first selection was 15, 20 guys in it. Because of how hard we went; it was just the strongest legs in the race where in it.”

“It definitely wasn’t an ideal scenario, but there was also a long way to go so I wasn’t too worried. I mean a lot can happen in two hours.”

“A lot can happen in one lap never mind four, so I knew it would come back, well I hoped it would anyway.”

Mullen may not be renowned as a sprinter he had confidence in the gallop to the line.

“I have got a good sprint on me, but I have just never get to use it. I prefer not to use it, just attack and hopefully no one follows me but, yeah, the sprint is there.”

“Fair play to Daire Feeley, he was heroic all day. He stood out, he was the first guy to attack the whole race and last man standing today so honestly fair play to him.”

Next year Mullen teams up with Sam Bennett at Bora- Hansgrohe and will likely play the role of lead out man.

“I’m really looking forward to it, yeah, it’s going to be a huge opportunity to work alongside Sam.”

“And it’s going to look cool on TV, the Irish Champion leading out Sam, so looking forward to that.”

“I haven’t really got a chance to think about it at the moment, I thought I had him being honest coming in the road. I was on his wheel, but look, his experience stood to him at the end of the day.”

“To be honest with you I can’t complain with second against that field.”

In the junior women’s road race Aoife O’Brien of Torelli-Assure-Cayman Islands-Scimitar proved strongest in the sprint for the line. Emma Smith won silver and Annie Roche claimed the bronze medal.

O’Brien had tried to secure victory with a breakaway attempt mid-way through the race, but Annie Roche and Emma Smith combined to close the gap which grew to a maximum of 20-seconds. 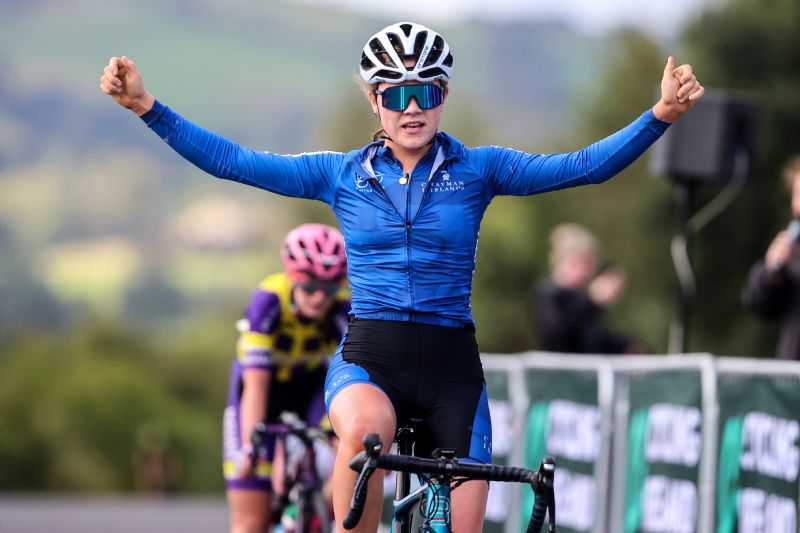 “I tried to break up the race as much as possible. I went on the second lap and I had about three laps by myself. I just misjudge it, (I attacked) a bit too early. And the two girls kept me under pressure the whole way.

“When they caught back on it was just a case of recover and get myself ready for the sprint. I tried to break it up again on that drag on the last lap and Emma kept with me.”

“And when we work up until the line; and it was just cat and mouse and I was delighted to get it. I had nothing left. It was such a tough race.”