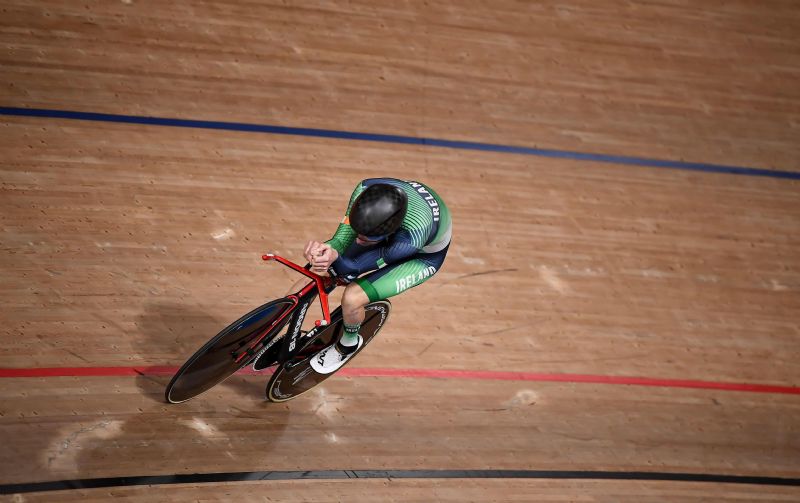 Ronan Grimes has completed his first peddle strokes in competition here in Japan with a new personal best (PB) in the 1000 metre Time Trial.

In steep competition at the Izu Veldrome the Athenry man has shown his mettle and achieved his first goal of setting a new PB time of 1:08.262 which was a second and a half faster that his previous best of 1:09.438.

For much of the race Guoqing Wu of China led the standings with a time of 1:04.834 but he was overhauled by Jozef Metelka of Slovakia with 1:04.786.

Those watching on from inside the velodrome had little time to think as Spanish rider Llamos Cabello smashed through with a superb 1:01.557 to take the gold medal and set a new world record. Cundy took silver and Metelka got the bronze. 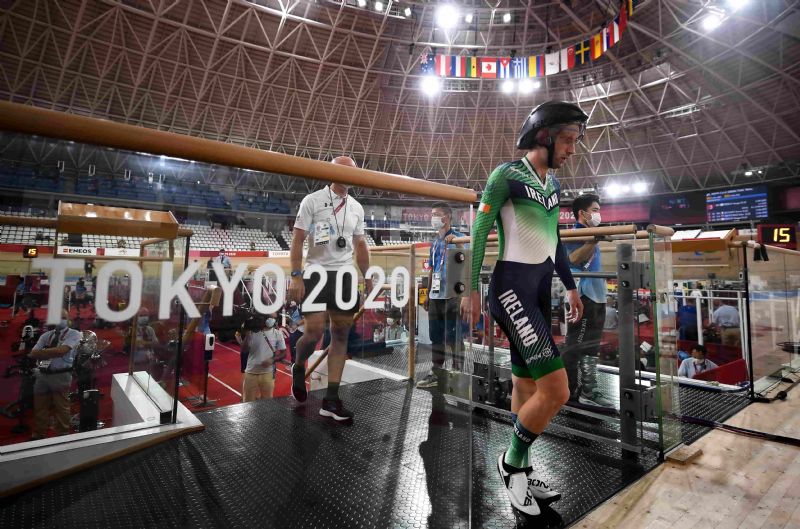 Ronan said that the kilo, which is his weakest event, was a good introduction to the competition here in Shizuoka.

“I feel good after that. I’m never going to do well in a kilo, in a combined C4 and C5 category, but for me that was a good ride - it was a second off my PB from before,” he said.

Ronan also felt that getting the first day of competition out of the way sets him up for the next few days of racing.

“This gets the nerves out of the way, it is good to get to feel the track under speed, it gives me good confidence for tomorrow. Our preparations have been great. We’ve been away for a good while in Majorca, Portugal, and here in Japan in Masuda. It has been fantastic, everyone is fully committed, we won’t be any fitter than we are already. We are ready to show that fitness,” he explained.

Ronan said that the personal best in the kilo could be a positive harbinger that he is in a good state of form.

“I think it is a sign of form, I’ll see how tomorrow goes. I’m not a big man for the kilo – that is all about big power. I think the endurance side got me the PB, it helped me to carry more speed for a bit longer. The four-kilometre pursuit is my target and then the time trial on August 31. I have my fingers crossed that tomorrow goes well. I have gone through the process here, the warm up and the pre-race preparations and if there were any issues, I could have changed them. There isn’t so that is good,” Ronan added.

The Galway man has been receiving messages from home as excitement builds and he wanted to send his gratitude to those watching from Ireland.

Ronan will next compete tomorrow, Friday, in the 4000m Time Trial on the track with projected race time of 3.14am to 3.49am Irish time for the qualifier. If all goes according to plan he will take on the final at around 7am Irish time.