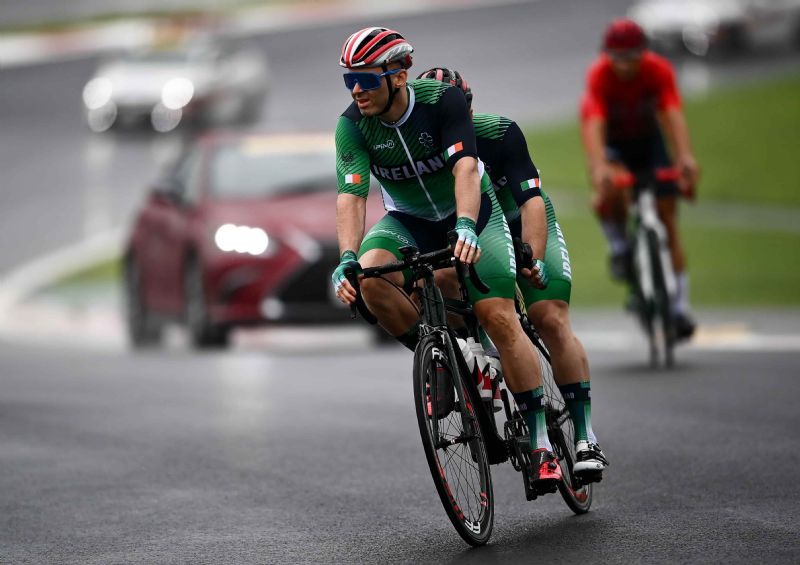 MARTIN GORDON and Eamonn Byrne have concluded their Paralympic Games and said that the experience has left them with great memories.

Martin and Eamonn opted not to finish the B Men’s Tandem road race today. Their main focus of the Paralympic Games was on the 1000m time trial which took place on August 28th where they smashed their PB.

Afterwards they spoke to Cycling Ireland about the wonderful experience and the great atmosphere inside the Irish camp.

Their race was won by Dutch tandem crew Vincent Schure and pilot Timo Fransen who competed with such a dominant display that they stopped on the finish line and had time to pose for photographs before crossing it.

Martin said: “It’s been an incredible experience, the whole summer culminating in that we delivered on the track – when it came down to it is has been just an amazing experience.

“To get here, compete and deliver means I am going back with a lot of memories and absolutely no regrets,” he said.

Eamonn, the pilot on the tandem, echoed Martin’s comments and said that the difference this time was in how they performed.

“You think about it this is not our first major competition. We have been to many major events five worlds since 2017 and often we haven’t performed. We absolutely nailed it this time, at the right time and it has been a great feeling.

“I don’t have a single what-if or niggle walking away from it. That is not often to say as an athlete – I’m just really happy,” he said.

Martin and Eamonn paid tribute to the backroom staff who have helped them through out their training and racing.

“As people may or may not know at home, we don’t have a velodrome at home and we are track specialist without a velodrome so we always have to travel and the amount of time we got on the track this time round compared to a World Championships was the major difference for us.

“Being on the track day in day out has definitely been the difference. If we had a track at home, God knows how many riders, between para and able bodied we would produce,” he said.

Martin and Eamonn, Ireland’s foremost male track tandem riders, both agree on what is next for them.

Martin: “Going to go home and take a break.”

Eamonn: “We have in the last ten weeks away for the last eight of them. Sharing a hotel room, eating hotel food, we had a job to do so we are not griping about it but we are done with it.

“When I go home and see my family and friends, eat proper food and enjoy a pint of Guinness and just enjoy a bit of down time before we go at it.” 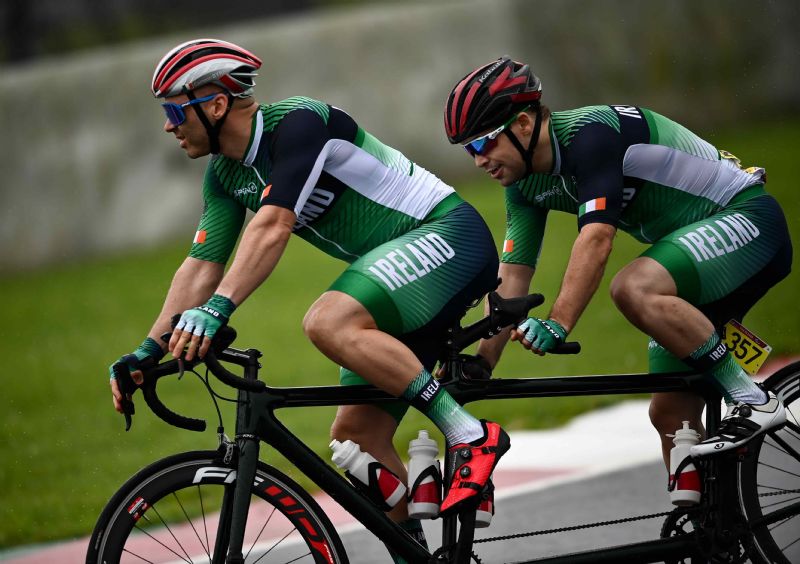