Cycling’s Padraig Dougan will receive nationwide recognition for his dedicated work with Carn Wheelers this week, as he has been awarded the Derry award at the virtual 2020 Federation of Irish Sport Volunteers in Sport awards, proudly supported by EBS Mortgage Masters.


Padraig is now in his second term as Chairman and has had a major impact in bringing Carn Wheelers back together. He is a calming influence throughout the club, working seamlessly between the different groups with the total respect from all members within the club. No matter what the committee is asked to do, from holding charity events to local races to even sorting out the massive task of fundraising for the club, Padraig is always front and centre. He mixes his full-time job in the NHS with being a family man, chairman and friend to all within the club. Padraig will be honoured this week at the special virtual awards ceremony.


The Volunteers in Sport Awards were created to champion the contribution, commitment and dedication of the army of 450,000 volunteers across the country who go above and beyond by giving their time to Irish sport and physical activity each year. These volunteers dedicate some 37.2 million hours of volunteering across the country’s 13,000+ sports clubs and associations every year.


Towards the end of 2020, members of the public, as well as sports clubs and governing bodies were invited to nominate an individual whose contributions to sport has made a real difference to their community, club or county. The nominations and award recipients were selected by a judging panel consisting of 11 individuals drawn from sports administration, the volunteer community and media, including former Director General of the GAA, Paraic Duffy, RTÉ broadcaster, Marie Crowe and CEO of CARA, Niamh Daffy.


Speaking about the awards, CEO of the Federation of Irish Sport, Mary O’Connor said: “Sport plays a central role in the social fabric of every community in Ireland, yet it would not happen at all without the army of volunteers who dedicate their time and expertise across pitches, courts, tracks, pools and community halls across the country. This year, more than ever before, we have seen just how essential the role of the volunteer is in our local communities and to this end, it will be an honour to be able to recognise so many of these volunteers at this week’s virtual Volunteers in Sport awards. I would like to extend my warmest congratulations to all of this year’s recipients, and also thank EBS for their amazing support in bringing the awards – and wider recognition – of volunteers in sport in Ireland to life. Thanks also to Minister Jack Chambers who will be taking the time out of his schedule to attend our virtual ceremonies this week and helping us to champion and celebrate the recipients.”


Commenting on the awards, Minister of State for Sport and the Gaeltacht, Jack Chambers, TD, said: “It is a real honour for me to help recognise so many fantastic volunteers in our community at this year’s virtual Volunteers in Sport Awards. I have always admired the hard work and dedication that goes on behind the scenes in sport and physical activity throughout the country, and it is a privilege for me be involved this week to help celebrate so many incredible individuals who give their time and dedication to ensuring that sport in Ireland runs smoothly 365 days of the year. Volunteers are often overlooked, but they are truly the backbone of sport in Ireland and these awards are a superb way to recognise and honour their amazing contribution to their communities. My thanks to the Federation of Irish Sport and EBS and everyone who will no doubt make these virtual ceremonies a memorable occasion for all.”


Chief Executive Officer of EBS, Paul Butler, commented: “EBS is thrilled to partner with the Federation of Irish Sport once more this year to honour and champion so many of our everyday heroes around Ireland who are truly the backbone of Irish sport. EBS has been involved in communities in Ireland for over 80 years and we know that our biggest asset is the people who work with our customers throughout local communities in Ireland. I would like to take this opportunity to congratulate all the recipients of the 2020 Volunteers in Sports Awards and thank them for all of the tireless work they do to ensure sport in Ireland continues to flourish.”


The awards will be streamed live each evening from 7pm on the Federation of Irish Sport’s Facebook page here: https://www.facebook.com/federationofirishsport/ with the awards schedule listed below:

For more information on the awards, visit http://www.volunteersinsport.ie/ 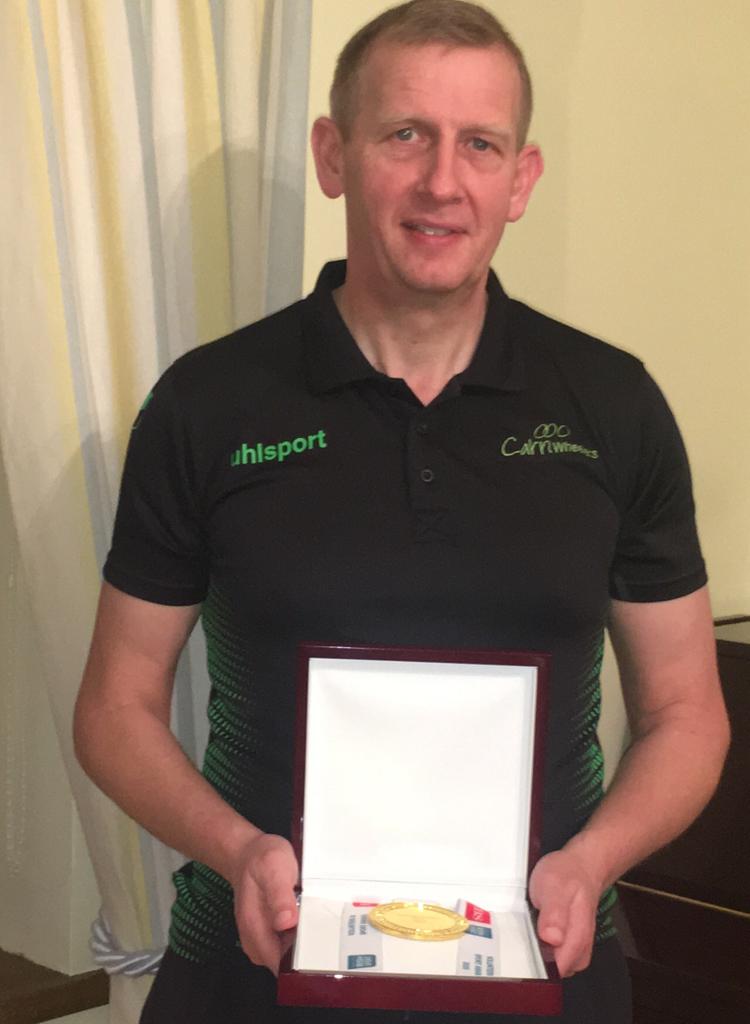