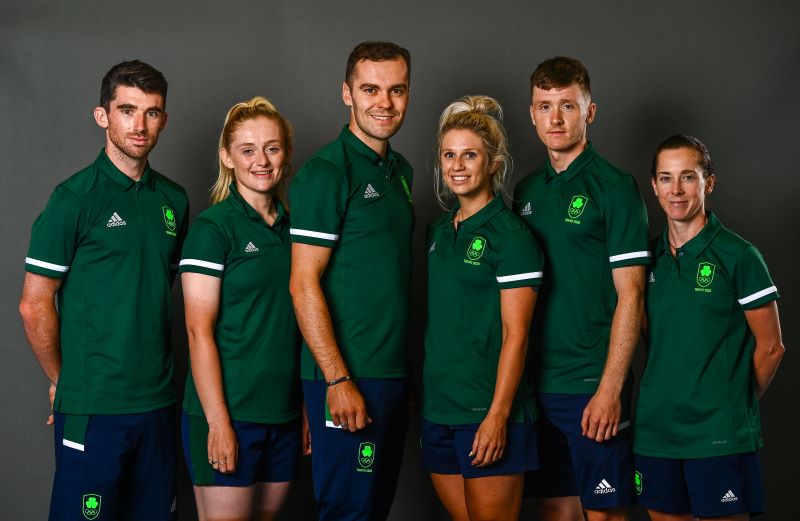 The performances of Dan Martin, Eddie Dunbar and Nicolas Roche gave Team Ireland fans something to cheer on the road at the start of the Tokyo Olympic Games. Now it’s the turn of Ireland’s track riders who are aiming the finish the games on a high.

Ireland is sending its biggest ever cycling team to an Olympic Games and along with the road events will compete in four track cycling events – the men’s and women’s Madison and Omnium.

The track cycling events will take place at the Izu Velodrome which is located 120 kilometres south of Tokyo city. The venue houses a 250m wooden cycling track with steep banks up to 45 degrees on either end. Track cyclists ride on aerodynamic bikes with a fixed gear and no breaks. In the Madison teams can average speeds of over 55kph for 50-kilometers.

Coverage of the Olympic Games is brought to you by RTÉ Sport and the BBC. RTÉ2 coverage starts in the early hours of the morning and runs right through until the following day. At 7pm each evening on RTÉ2 there will be ‘Today At The Games’ highlights which will round-up all of the action with particular focus on the Irish athletes. 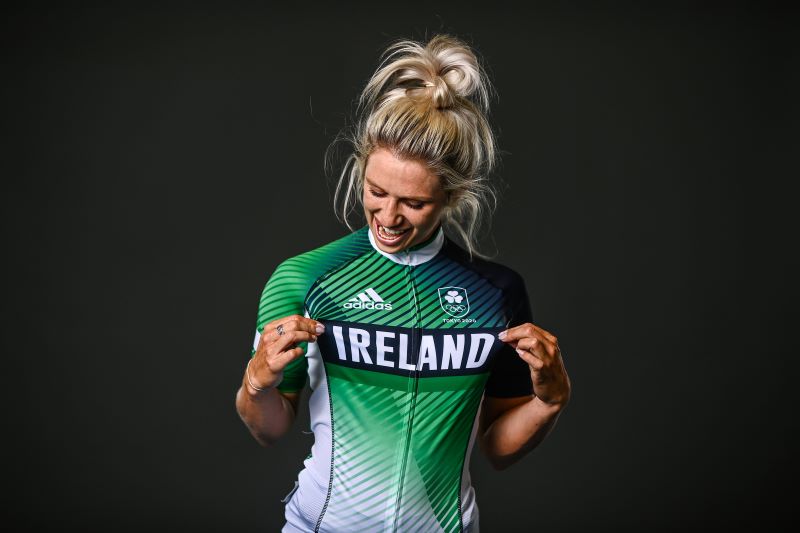 The race is named after the first event which took place in Madison Square Garden in New York.

The Madison sees teams of two take to the track in a mass rolling start. Each team must have just one rider racing at one time though with the riders performing a hand sling to throw their team-mate into the action for a lap or two. The other rider will swing to the top of the track to rest while the action continues.

The aim is to take more laps than your opponents by pushing out in front either on your own or with other teams to then get back to the rear of the leading main bunch. This can become confusing as often races can be split all over the track and some may think they have made the lap but in fact need to make it through another group of riders. At any one-time half the field is resting and not involved in the racing however the extra traffic can cause crashes. Remember, track bikes have a fixed gear and no breaks!

Taking a lap on the bunch gains your team 20 points while if you lose a lap to the bunch your team is deducted 20 points.

As well as targeting a lap gain, teams can also battle for sprint points every 10 laps. Five points are awarded to the first rider, three for second, two for third and a single point for fourth. Double points are on offer at the finish line.

The event is highly tactical as teams may target 20 points for a lap gain or conserver energy within the bunch and pick up sprint points every 10-laps.

Tokyo 2020 is the first time the Women’s Madison has featured at an Olympic Games. The madison was an Olympic event for men in 2000, 2004 and 2008, but was dropped ahead of the 2012 London Olympics, partly for reasons of equality as there was no equivalent race for women at the time.

Sam Bennett’s lead-out man, Michael Mørkøv and his teammate Lasse Norman Hansen of Denmark are favourites in the men's and Kirsten Wild and Amy Pieters of the Netherlands in the women's.

The Omnium is made up of 4 bunch events raced on the same day: scratch race, tempo race, elimination and points race.

The winner in each race gets 40 points, with 38 for second place, 36 for third - and so on. The points race comes last, and there are double points for the final sprint.

Scratch race: a classic first across the line race over 15km for men and 10km for women.

Tempo race: 10 km for Men and 7.5 km for Women in which after the first 5 laps, 1 point is given to the first rider crossing the line on each lap. Besides, riders can also earn 20 points by lapping the field. The winner is the rider with the most points.

Elimination race: a bunch race during which the last rider crossing the line at each intermediate sprint (every 2 laps) is eliminated.

Points race: Men cover 25km and women cover 20km. Every ten laps, there is an intermediate sprint. The top four riders score points - 5 for the win, 3, 2, and 1. The last sprint is awarded double points. Lapping the field gains a rider 20 points.

Felix has been competing on the Irish senior team for over ten years, and is based at the Irish training base in Majorca. Both of Felix’s parents are from Dublin. He won five British junior titles and famously beat Chris Hoy at the 2010 European Championships before declaring for Ireland in 2012 when he turned senior. In 2017 he won Madison gold at the World Cup in California and won gold in Scratch at the Glasgow World Cup in 2019. He and Mark Downey were 11th in Madison at the 2019 World Championships. Felix set up Trackproject.ie team, with teammate Fintan Ryan, to support Irish track riders in their bid to qualify for the Olympics.

In 2017 Mark won two golds in the Points races at the World Cup in Apeldoorn and Colombia and was overall series winner in Points. In 2017 he also won World Cup gold in Madison (with Felix) at LA and was European U23 bronze medallist in Points. In 2018 he was fourth in the Commonwealth Games Road Race. In 2019 he won bronze in Points at the World Championship. In a particularly dramatic Madison race at the 2020 World Championships Mark and Felix qualified for Tokyo by picking up three points in the third last sprint to finish 11th. Mark’s father Seamus was 43rd in the Olympic road race in LA 1984.

In 2016 Shannon became Ireland’s first female Olympic track cyclist in Rio, famously finishing 21st in the Keirin sprint event. In 2019 she won silver in Scratch at the European Championships and finished ninth (with Lydia Boylan) in Madison at the World Championships. Born in Melbourne to a Dublin mum and Belfast dad, Shannon won European U23 bronze in the non-Olympic Scratch discipline in 2012.

Emily won bronze in the Omnium at the World Cup in Canada in January 2020 where she and McCurley finished seventh in the Madison. In 2019 she transferred to compete for Ireland, her grandparents are from Dublin. Her career for GB included a 2018 Commonwealth bronze in the Scratch race. She is studying for a degree in sports science and psychology through the Open University

Lydia put her PhD in renewable energy on hold to specialise in track. She has won two World Cups (2017 & 2019) and was pipped for a 2018 European medal in Scratch. She and Lydia Boylan won European Madison gold in 2017 and clinched Ireland’s Tokyo Olympic place by finishing 11th at the World Championships in February 2020.