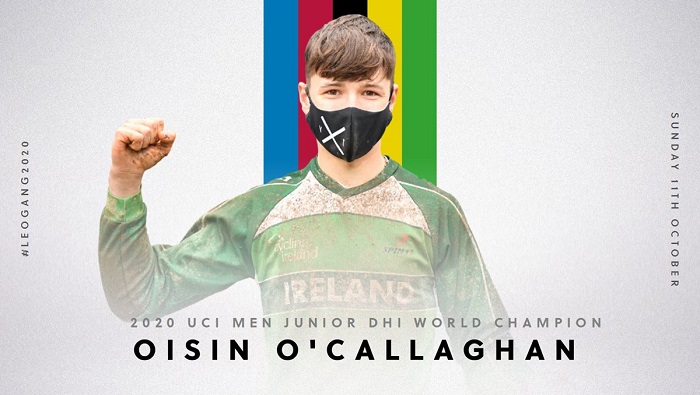 O’Callaghan blasted down the 2.3-kilometere course, dubbed the “Speedster” as speeds approaching 65 km / h on the rough terrain. 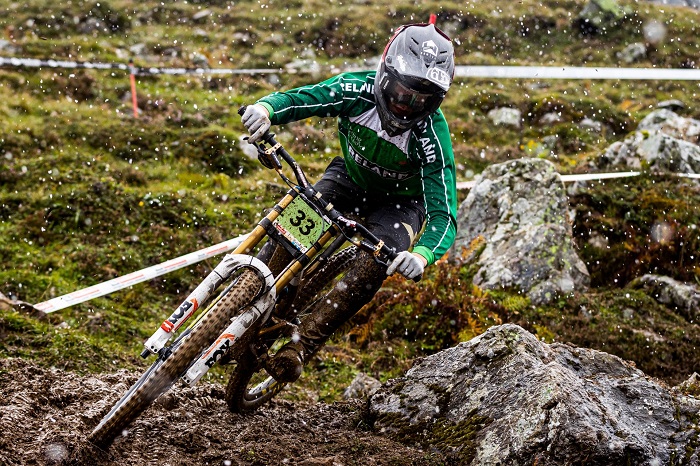 Speaking after being awarded the rainbow jersey O’Callaghan said:

“I don’t think it’s sunk in fully yet, later on I think it will. It’s a bit overwhelming right now.”

“I think every racer aims to win. But top five would have been really good.”

“Everyone has been sending me messages and hoping that I do well.”

“I know lots of people were watching the live timing.”


O’Callaghan had signed for professional team YT Mob earlier this year and based himself out of Switzerland in preparation of the event, 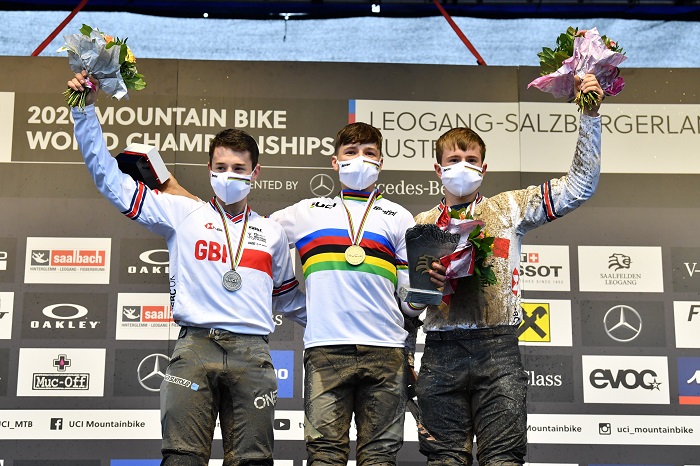