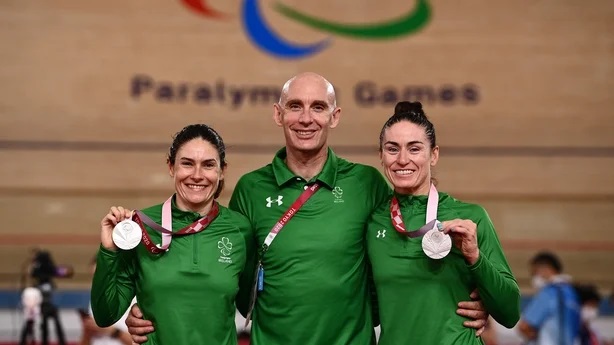 Neill Delahaye, nominee for 2021 RTÉ Manager of the Year award, has been promoted to the newly created role of Cycling Ireland Head Coach. The announcement is made shortly after the appointment of Dan Henchy as National Track Head Coach. The creation of these important positions and recruitment of high-calibre individuals further strengthens Cycling Ireland’s High-Performance programme which has been described as having “high potential” by Sport Ireland.

“I am very pleased to have been offered the position of Head Coach with Cycling Ireland. It was a privilege coaching and leading the Paracycling Team for the past 9 years. It was a successful period and I have been inspired by the achievements of the athletes during that time. I feel now is the right time to move into a new role with new challenges. I am looking forward to working with Iain and the team in the High-Performance Unit and playing my part in helping to deliver on the ‘Perform’ aspects of Cycling Ireland’s 2020-2024 Strategy.”

“Irish athletes have demonstrated again and again their capacity to deliver World Class performances and deserve their place amongst the best in the World. I look forward to helping create a future of opportunities for Irish cyclists.”

High-Performance Director, Iain Dyer commented on the high level of interest in the role.

“We had some fantastic applicants from Europe, and indeed World-wide. It was a big boost to field such strong candidates wanting to be a part of Cycling Ireland’s High-Performance Unit. We felt that Neill had demonstrated the ability to lead a very successful programme and had good perspective of pathway development. Having spent many years competing and coaching, Neill brings with him valuable insight and experience of working with clubs and the cycling community to develop and nurture talent from grassroots up to an elite level.”

“Of course, with Neill’s promotion we need to turn our attention to filling the Paracycling Coach role that Neill is vacating. We’ll transition Neill’s duties gradually over the coming months and hopefully can achieve a good handover to a new Paracycling Coach to be appointed. They will have big shoes to fill, but also inherit a high performing programme with world class athletes.”