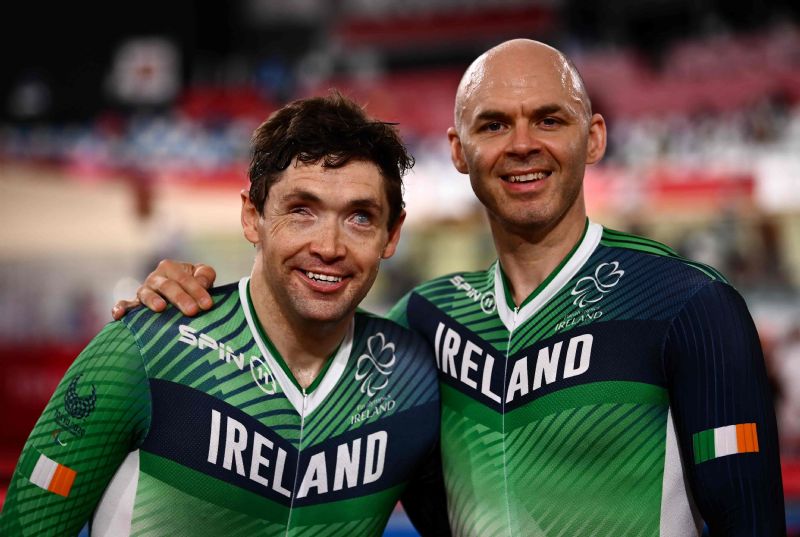 The tandem pair of Martin Gordon and Eamonn Byrne lit up their heat with a new personal best in the 1000m time trial.

They lined out in the sixth heat of 10 and such was the ferocity of their efforts that they led at that stage.

They set 1:01.545 and it was the mark for all that followed to strike towards.

But there were fancied crews from Germany, France and Britain who all took it even further on each passage.

But the Irish crew were delighted with their personal best and felt they could not have gone quicker. 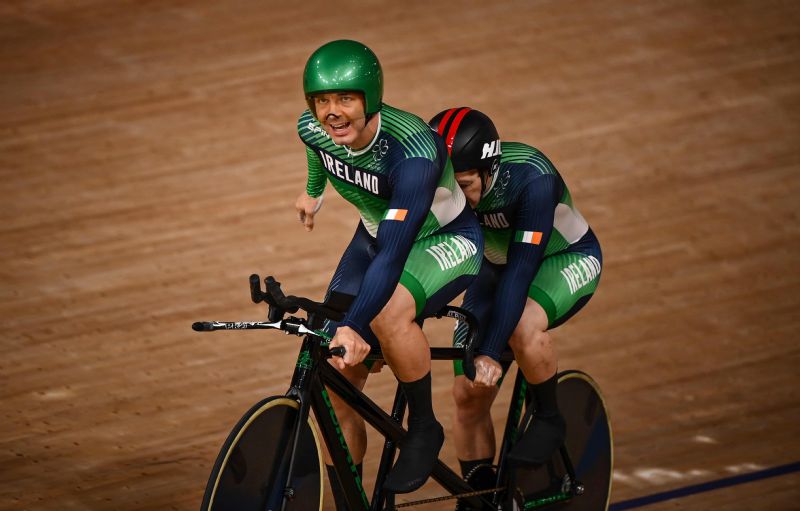 Such was the effort that pilot Eamonn could barely recall the race that lasted just over one minute.

“I couldn’t tell you about the race, never remember the kilo. Go out hard and try and be smooth in the middle and just die – and that’s what we did. It hurt a lot. We don’t look at the splits but I would be very confident that was a power PB,” he said.

Martin said that the personal best was at the extreme end of their scale and he was delighted with that effort.

“That’s a huge PB time. We didn’t just break our PB we absolutely destroyed it. To come over from World’s last year to get 1:03.6 and do what we did today, 1:01.545 is just fantastic. To be able to deliver that on the biggest possible stage is mind blowing, it didn’t just happen – five years have gone into that,” he said.

Martin wanted to thank all those at home and across the globe who have supported their efforts.

“There have been huge amounts of people from Sports Ireland and Cycling Ireland around us. Thanks so much to everyone, local people, friends, family colleagues, everyone. I’ve had messages from all over the world, from France, Australia Amerca, you name it. The support comes from far and wide – it was not possible to do this without that support and we can’t say that enough,” he said.