Mark Downey has finished in 9th place in the Points Race at the European Championships in a fast race which was dominated by Poland’s Wojciech Pszczolarski who lapped the field four times. Kenny Ketele (BEL) won silver and Stefan Matzner (AUT) won bronze. 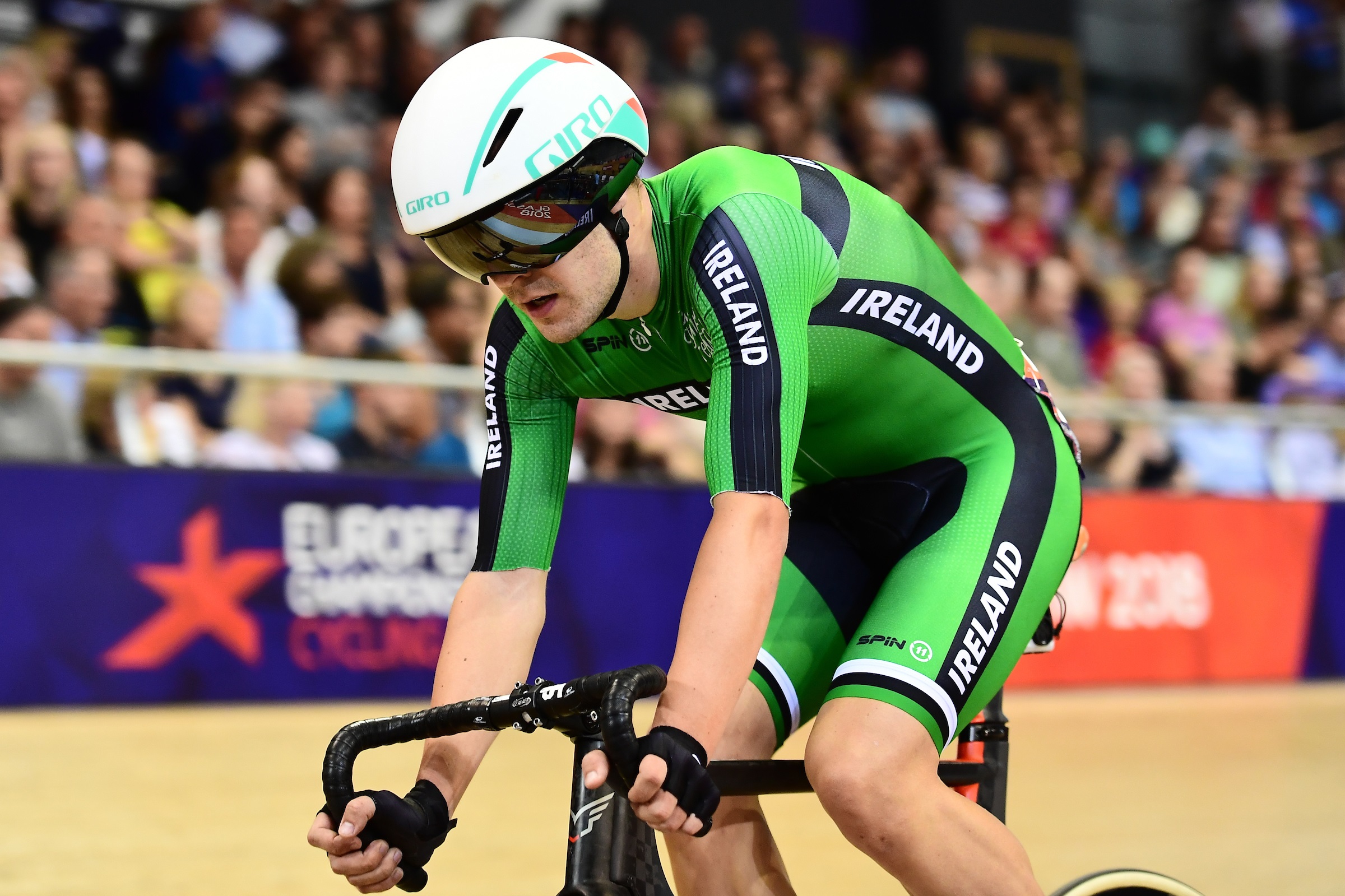 Despite taking two laps and picking up several sprint points it was not to be for Downey, who has won medals in this event at Junior and U23 level – “It was a pretty weird race to be honest – it was not the usual race where it is pretty full all the time, it was stop starty a bit, like a kermesse.”

Downey has been competing on the road in recent months, racing as a professional cyclist with Team Wiggins, so has not had much time on the track – “I wasn’t sure what to expect coming into this – I spent just two days on the track since the Commonwealth Games so I was hoping to produce something out of the goods, but obviously I didn’t pull it off. I have spent a lot of time on the road, and a lot of guys over the past few days coming off the road seemed to be really cleaning up – for me, not so much.”

During the race Downey lapped the field twice, and kept trying for that elusive third lap – “I got two laps, I moved at the right time which is always a good thing. I recovered and then hit them. But I needed to do it on my own, and I knew that.

The Points Race is a tactical bunch race with sprint laps every ten laps – and twenty laps on offer for riders who lap the field. The Dromore man knew that he needed a third lap to get into the medals –

“That’s why I kept trying, and sort of sitting up, because I didn’t want to bring anyone with me. I was hoping that if I could go out I could pick up a few points on the way as well. The guy in second had 66 points and I had 45, so if I took another lap and another five sprint points, then I’d be guaranteed a medal, and that’s what I had in my head. I kept trying but my moves didn’t work in the end, but we live and learn.”

Downey is determined to pull out a big result this season – “the road season has been really good this year, it’s been really positive so I’m kind of knocking on the door there too for a big result. Maybe I didn’t get it here, but I’m really focused and really motivated to get a good result before the season is out, and hopefully I can pull it off. The Madison is tomorrow – so I’ll have a good sleep tonight and maybe tomorrow is the day!”

Tomorrow is a big day for the track cyclists, with Downey competing in the Madison with Felix English at 11am, Lydia Boylan will be tackling the Omnium and Orla Walsh races the 500m Time Trial.

History is made this week when Glasgow and Berlin host the inaugural European Championships, an exciting multi-sport event bringing together some of the continent’s leading sports, including the existing UEC cycling championships.