Healy, Rafferty and Murphy amongst National Championship winners in Nenagh 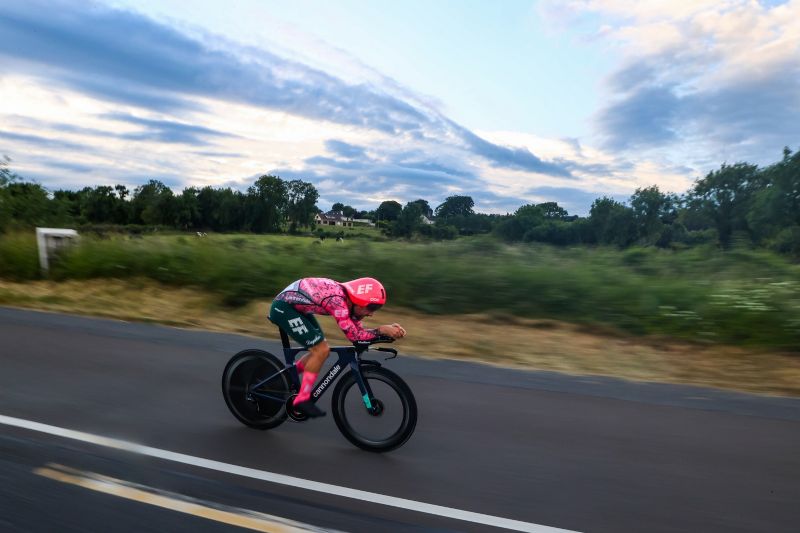 “I was a bit unsure to start with, but as soon as I set off I knew I had pretty good legs,” he said. “It was slower on the way out, so I went a bit hard and kind of suffered on the way back, but I had a bit of a positive split so it worked out all right in the end.”

He will now wear the distinctive national champion’s jersey in time trial events for the next 12 months.

“That is really cool. I had the jersey before but never had it at the WorldTour stage,” he said. “So to win that is a nice feeling. I am sure Rapha will do an outstanding job of designing an outstanding jersey for us.

The 2018 and 2019 champion Kelly Murphy clocked up a third gold medal in the women’s race, taking a close victory over Joanna Patterson (Independent Pedaler – Nopinz). She beat last year’s winner by 1.12 seconds, with the champion from two years ago Eve McCrystal (Bellurgan Wheelers) netting third. 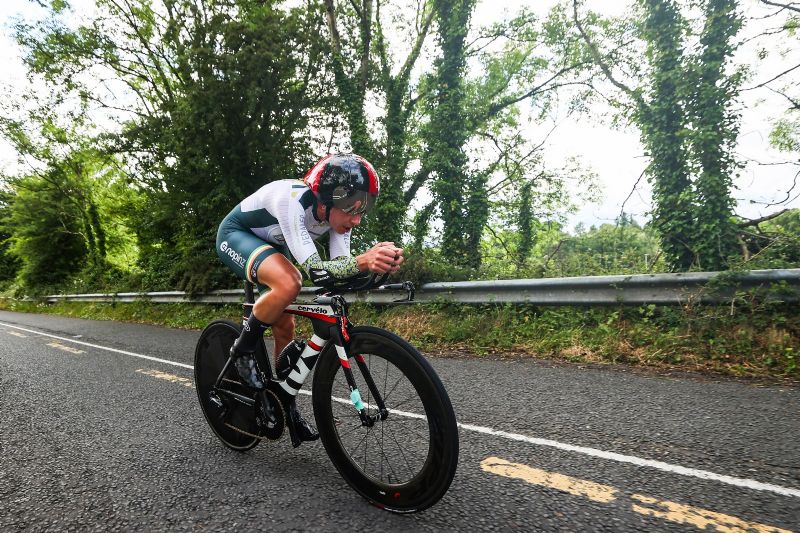 She said that she didn’t know right away that she was on such a good ride.

“I haven’t done so much this year. Because track and road collide I have been taking a slightly easier season. I’ve had a few good times out but it was in different places against different people. So when you come here, you should never take anything for granted.
“It was a nice, pleasant surprise and that doesn’t happen often in time trial.”

Darren Rafferty shrugged off the fact that he has just stepped up from junior ranks this year, with last year’s road race and time trial champion in that age group taking the under 23 title.

“I put in a pretty solid performance. I am happy with the power and happy with how I performed,” he said. “The longer time trial suited me, so I was happy with how it went. I couldn’t really have asked for much more on the day. It was my best time and my best performance so if someone had beaten me, then that would have been fine. I was content with what I had done. So a good performance from myself.”

Next up are the road race events, which will see the riders fight it out for more national titles on Saturday and Sunday in Kanturk.