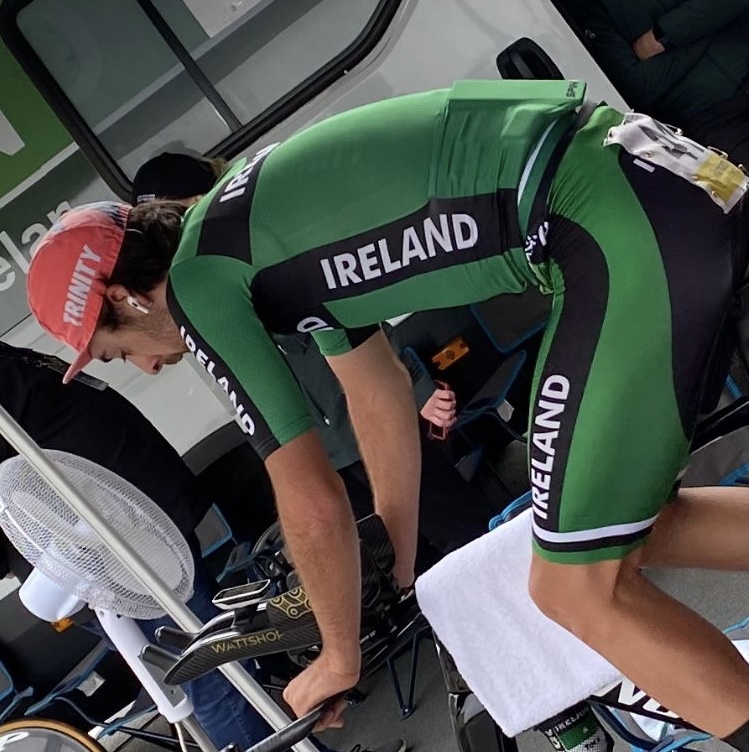 Ben Healy and Kevin McCambridge represented Ireland in the U23 Individual Time Trial at the Road World Championships in Flanders, Belgium this morning.

The World Title was won by Johan Price Pejtersen of Denmark, who completed the 30.3 kilometre course in a time of 34:29.75 averaging 52.70kph. Lucas Plapp claimed silver at 10.24 while Florian Vermeersch secured bronze at 11.39.

Ben Healy gave it everything he could but unfortunately an illness stopped him from performing to the best of his abilities today. Healy finished 31st in a time of 36:28.90 averaging 49.83 kph.

“I’m pretty gutted to be honest. People who have been around me and people who help me know how much I have put into this. I just didn’t perform because I picked up a bit of an illness a few days ago. On course I didn’t have any legs and on the second half I was actually physically throwing up. It was just one of those days to forget I think for me really.”

Looking ahead to the Road Race at the end of the week, Healy said:

“I know the form was there before this so hopefully with another few days rest before the road race will sort me out. The road race is quite steady to start with so hopefully that will be a good bit of an opener to get me into it and hopefully I will be able to get stuck in when the race starts to kick off.” 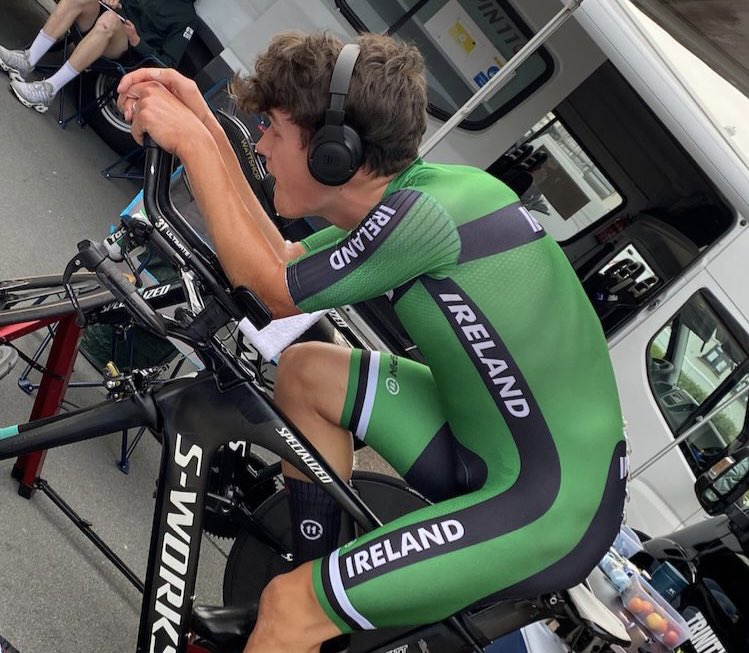 McCambridge commented after the race:

“For me the time trial was good. The forecast was giving a bit of a tailwind but I didn’t really feel much of a tailwind to be honest. I was happy with how I performed because last week at the Europeans I started a bit too hard and suffered towards the end but I think this time I started a little too easy and finished a lot stronger than I should have. I think now it’s just trying to find somewhere in the middle that I can get in all that effort.”

The next big race for McCambridge is the National Time Trials which he is looking forward to competing at.

“It’s one of my biggest goals of the year so I’ll hopefully perform on the day and everything goes right.”

Darren Rafferty and Conal Skully will be in action tomorrow in the Junior Men’s Time Trial.